The Brazilian Government has just published a 76-page propaganda booklet full of misinformation on the apparent harms of cannabis. To fight back, patient associations have launched a petition, along with a comprehensive review of the scientific literature on cannabis. This is not the first time the government under Jair Bolsonaro has abused its position to spread public health disinformation. 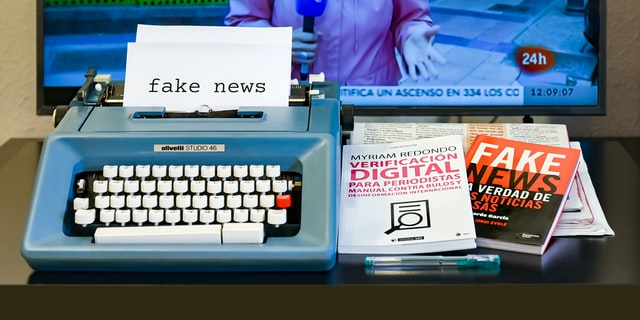 The Brazilian Ministry of Citizenship has released a 76-page primer on medicinal cannabis, distorting existing information about the health benefits of cannabinoids. And once again, the ministry presents the plant based on “low quality” scientific information, claiming that cannabis is a drug that causes addiction, schizophrenia, depression, and anxiety.

Fortunately, there is a simple way citizens can fight the Brazilian government’s disinformation campaign; staying well-informed. That’s why we provide accurate and up-to-date information via our free cannabis news app.

Brazilian Government Is Doing a Disservice to Public Health

The Brazilian Government document is a guide prepared by Senapred (National Secretariat for Drug Care and Prevention) in partnership with the ministries of Women, Family and Human Rights, Infrastructure, and Justice and Public Security. Unfortunately, another disservice to health with public resources.

Patient associations reacted. The lawyer Margarete Brito, executive director of Apepi (Support to Patients and Cannabis Research), organized a petition in Brazil. “This petition was a collective work and reviewed by several hands. Upon reaching 50,000 signatures, we will deliver the document to the Federal Government to ask for a retraction regarding the booklet, which frames cannabis as a drug of death”, explains Margarete. The disapproval note points out more than 28,000 scientific research publications on the use of medical cannabis in the PubMed database alone.

The booklet is composed of 11 chapters, which deconstruct the advances in scientific discoveries about the components of the plant, which began in 1964, with the Bulgarian-Israeli scientist Raphael Mechoulam, and took a great leap forward with the involvement of major health centers and researchers.

Medical cannabis is a legitimate therapy at the National Cancer Institute in the USA. But in Brazil, the government mixes cannabis purchased on the parallel market with substances derived from cannabis, which are phytocannabinoids, which become health products, in the form of oil, for example. Therefore, according to the booklet, “there is no such thing as medical cannabis.”

Neuroscientist Sidarta Ribeiro, deputy director of the Brain Institute at the Federal University of Rio Grande do Norte, often compares medicinal cannabis with the same revolution that antibiotics made in medicine. The world’s understanding of the plant has changed so much that of the 50 American states, 38 have legalized its medicinal use, precisely because scientific advances show that these herbal substances actually help health.

There are countless testimonies from patients who have found some quality of life amidst the severe sequelae of chronic diseases with cannabis therapy. It is worth remembering the emotional testimony of Brazilian Senator Mara Gabrilli, in September 2019, about the possibility of life that Cannabis medicines brought. Victim of a car accident, the senator became a quadriplegic at the height of her youth.

“I move very little from the neck down, but I move a lot more than I ever did. Before, I was a person lying down, who breathed in a machine, who didn’t speak, who didn’t sit, who didn’t feel, and who didn’t move.”

Gabrilli gave testimony during a meeting of the Brazilian Human Rights Commission that discussed acceptance for PL 399/2015 to pass through Congress in 2019.

Not the First Public Health Abuse by Brazillian Government

The misuse of the Brazilian public machine to distort scientific facts has been a resource used since the beginning of the government of Jair Bolsonaro. In April 2021, with the severe health crisis caused by Covid, the Federal Supreme Court ordered the Senate to install a CPI (Parliamentary Commission of Inquiry) to investigate the parallel cabinet of chloroquine and the government’s denialism of the disease.

In the final report, delivered in October last year, 605,000 deaths were recorded, and the senators pointed to suspicions of a crime against health by Brazilian President Jair Bolsonaro and allies.

First published by Folha de S.Paulo, a third-party contributor translated and adapted the article from the original. In case of discrepancy, the original will prevail.