The country of Lesotho, with 2.1 million people, decided to follow the booming cannabis industry becoming the first country in Africa to allow the cultivation of cannabis for medical purposes. MG Health, Lesotho’s biggest commercial producer exports non-psychoactive cannabidiol oil extracts and other medical cannabis products primarily to South Africa and is working on entering other markets. 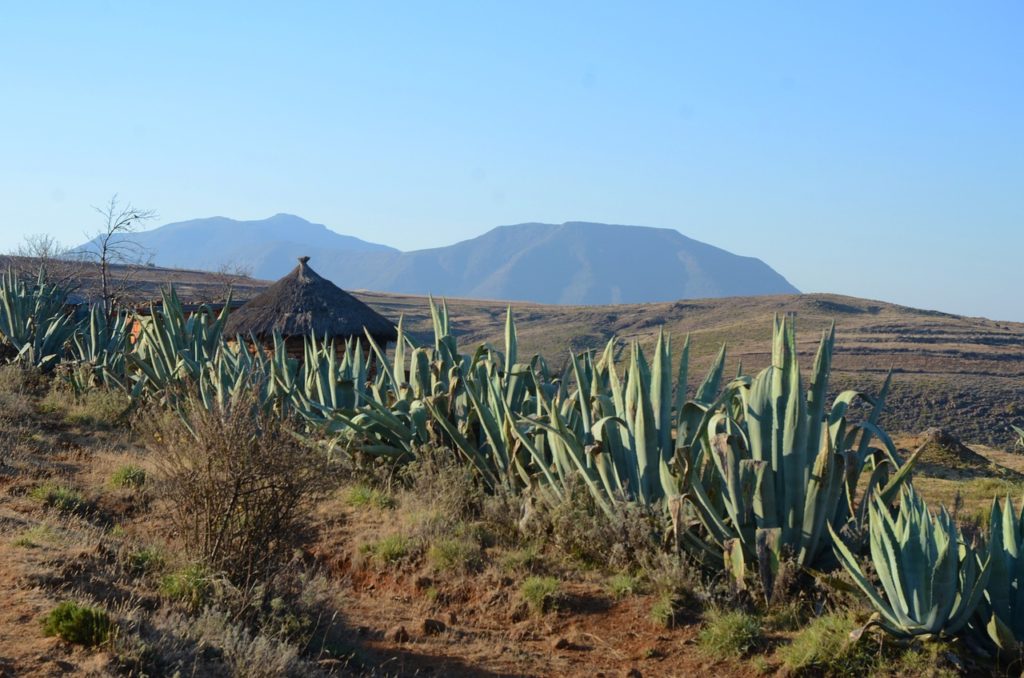 Companies are investing in the legal production of cannabis in Lesotho for medical purposes in order to increase the country’s revenue and respond to the growing global industry.

For more information on cannabis in Africa, check out the Hemp.im app. This app collects the latest cannabis investing news in bite-sized chunks that are easy to digest.

MG Health starts training for the production of cannabis in Lesotho

Kekeletso Lekaota spends her workdays nourishing rows of cannabis plants for harvest. Eighteen months ago, she said she had no experience with this type of crop. That was when she saw a grower’s advertisement in the local newspaper.

She is currently training people from MG Health, a company that supplies cannabis products for medical purposes to grow cannabis in Lesotho on a farm and in an oil extraction unit.

“I didn’t know what cannabis was. It wasn’t until I applied for this job that I realized it was a drug,” she said.

Cannabis in Lesotho is widely grown throughout the country. It has long been used as a remedy by natives. It’s easier to grow and more profitable than other crops such as maize and sugar cane. The country’s abundant water and fertile soil provide the ideal conditions for its production.

Cannabis in Lesotho to provide extra income for poor families

Many families depend on the extra income from cannabis in Lesotho including illegal cannabis sale for recreational use to cover basic costs, such as sending their children to school.

Now, the government of Lesotho is trying to stimulate the development of legal crops to supply the growing global medical cannabis industry and expand the tax revenues, currently dominated by the exports of diamonds, water and wool,  and, as a result, create more jobs.

About two-thirds of the country’s 2.2 million inhabitants live in rural villages and many survive on subsistence farming.

Cannabis in Lesotho is a critical part of the government’s agricultural strategy, which hopes to help finance basic infrastructures, such as roads, electricity and water pipes.

In 2018, Lesotho became the first African nation to issue licenses for the cultivation of cannabis for medical purposes.

CEO, Andre Bothma, said MG Health is the largest commercial producer of cannabis in Lesotho, which currently employs 350 people and plans to employ up to 3,000 workers in a few years.

The company plants a cannabis variety with low levels of tetrahydrocannabinol (THC) and exports non-psychoactive cannabis oil (CBD) extract and other medical cannabis products, mainly to South Africa, and is working to enter the markets of Europe, Australia, and the Middle East.

CBD is a fast-growing part of the global cannabis market. In the United States, CBD sales are expected to reach $20 billion by 2024, according to BDS Analytics.

Colombia and Jamaica as main competitors to Lesotho

As cannabis rules become more flexible around the world, companies turn to low-cost regions for supply.

Cannabis in Lesotho will soon face competition from other regions including Colombia and Jamaica, as well as other African countries seeking to legalize production.

As a medical product, it is essential that CBD oil is standardized and uncontaminated, with MG Health’s quality control tests being carried out by the independent LuCan laboratory. Workers bathe at work and wear protective clothing, which is washed at the end of each working day.

Kotsoana Clementi, who grows cannabis illegally in her village over an hour’s drive from the capital of Maseru, said she would like to partner with one of the Canadian companies to become a legal business.

“The most important thing would be to guarantee an investor for cannabis in Lesotho. Then the whole village would have jobs,” she said. “I still want to be in charge of the business, but the residents could have a 2-3% stake,” she added.

(Featured image by SimonDAllen via Pixabay)

First published in ZAP, a third-party contributor translated and adapted the article from the original. In case of discrepancy, the original will prevail.