Thailand was the first country in SE Asia to legalize cannabis, and it is becoming the hub of the cannabis business in the region, partly thanks to JVs with US-based companies. However, while Thailand might have “first-mover advantage,” some believe it is not fully capitalizing on the opportunity, particularly when it comes to promoting Thailand as a cannabis destination to tourists. 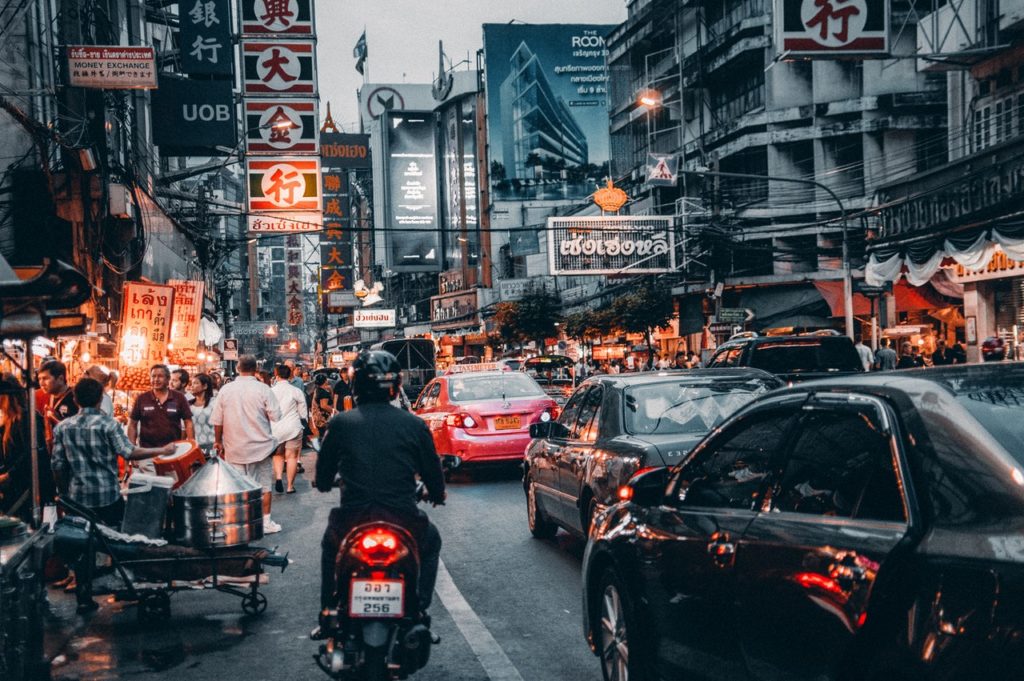 “I hope Thailand will become the Silicon Valley of cannabis for Asia,” the clinic’s Thai partner, Julpas Kruesopon, said in an interview,” or, as most people in Thailand call him now, Mister Weed. “I welcome Israeli companies; I welcome European companies. The key is to grow the industry,” Julpas said.

The joint venture between the US and Thailand “makes us, to our knowledge, the first international company with an operational presence in the Asian legal cannabis market,” said Terry Booth, CEO of Audacious, in a statement.

Julpas said their clinic was “absolutely” the first joint cannabis clinic with a foreign company in Thailand.

It will be “an exceptional opportunity to establish the Audacious brand internationally,” Booth said.

“Under the agreement terms, Audacious has no requirement to provide capital for construction, working capital, or other purposes,” the company announced in November.

“Audacious will provide consulting services, operational intelligence including cultivation, manufacturing and product development, and the expansion of brand visibility in Thailand and beyond,” the company said.

“It will help sell Thai products in the United States and Canada,” Julpas said.

A Bold Move in Thailand

“Sleep disturbances seem to be the number one problem for people who come to our clinic,” Julpas said. “We have a THC (tetrahydrocannabinol) oil and a CBD (cannabidiol) oil for which we have entered into a partnership with the Government Pharmaceutical Organization of Thailand, so it’s legal, but above all, it’s clean.”

Doctors at the clinic examine patients and usually hand them a tiny dropper bottle containing a CBD-dominant liquid oil with 0.2% THC.

“All this we charge 1,000 baht (27.34 euros). We buy the bottled oil from the government for 450 baht (12.3 euros). Each customer that comes in, per ticket that we get, costs about 116.52 euros before going out, along with a host of other Thai-made lotions and potions for sale in shop windows,” says Julpas. “And we’re bringing in Audacious products,” he continued.

The profit margin on gummies is around 60%. Logistically, they are is also the easiest thing to get into Thailand given they’re light and have no need for refrigeration.

Thailand Was First In SE Asia to Legalize Cannabis

In 2018, Thailand became the first country to legalize medical cannabis in Southeast Asia. In 2019, just before becoming health minister, Anutin Charnvirakul said Washington’s “political propaganda” in the 1960s and 1970s intentionally misled Thailand into believing cannabis was an “addictive” narcotic.

“During the Vietnam War, the United States announced that cannabis was a narcotic because once all American soldiers had consumed this kind of substance, they could sleep. People were calming down. They didn’t get aggressive,” Mr. Anutin said.

Thailand appears to be reluctant to legalize cannabis for recreational use because it is waiting for Washington to legalize it in the United States, or bank and treaty agreements between the two countries could become problematic.

At least ten legal clinics, overseen by the Ministry of Health and other officials, have treated hundreds of thousands of Thais for common and serious illnesses with CBD-dominant cannabis oil.

A Massive Need for Cannabis

In Thailand, there is not enough locally-grown and processed medical-grade cannabis to meet the country’s needs.

For example, Siripatra Daycha, one of Thailand’s top medical cannabis practitioners, is the producer behind Daycha Oil. It is one of the most popular CBD oils distributed by the Ministry of Health.

“They primarily use a higher THC formula, made public online by Canadian cannabis activist Rick Simpson. Cannabis, including hemp and other products, will soon be further legalized. In July, it (THC and CBD cannabis) becomes a non-narcotic. And we can start shipping products, probably in September,” Julpas said.

Audacious makes much “stronger” THC oil than those in Thailand, and medical establishments could purchase these products in Thailand to treat patients and allow officials to research higher doses. More potent THC treatments would be categorized as “research,” which will be allowed under medical supervision in July, Julpas predicted.

But Thailand is far behind America’s sophisticated cannabis technology. “We are at the very basic beginning of the cannabis business here. There really isn’t a THC cannabis farm like in the United States with quality control,” Julpas said.

It will take some time before Thailand can really reach that level. As a result, Audacious and other U.S. and foreign companies and investors have several opportunities.

Development in Thailand Is Moving at a Slow Pace

Golden Triangle Health recently signed a five-year contract with Khon Kaen University in northeast Thailand to cultivate up to 4 km2 and use the university’s equipment to manufacture CBD and herbal tea, or other hemp products. But Thai education and technology are not developed enough to create medical-grade products on a large scale.

“We need to find a way to extract more efficiently. So far, the performance is not very good. So I think this is a real opportunity for American companies,” Julpas said. “You can only do that with advanced technology. Also, the follow-up of the product, from the seed to the grower, to the flower, to the extraction. There aren’t really many companies in Thailand that can do this. I think that’s something American companies can do,” he continued.

“The number one market, I really believe, for cannabis consumption in Thailand will not actually be Thai people. Thailand now enjoys a “first-mover advantage” in Asia, as Bangkok’s cannabis laws are the most liberal on the continent. Our tourism slogan is The land of smiles. Well, shoot, give them cannabis. They will really smile!

First published by Toute la Thailand, a third-party contributor translated and adapted the article from the original. In case of discrepancy, the original will prevail.