Sleep is essential for maintaining our mental and physical health, yet it eludes many adults. According to the National Sleep Foundation, 50 to 70 million U.S. adults experience symptoms of a sleep disorder. About 30% to 40% of the population will experience insomnia at some point in their lives. Scientists are trying to find out whether cannabis helps with insomnia or not. 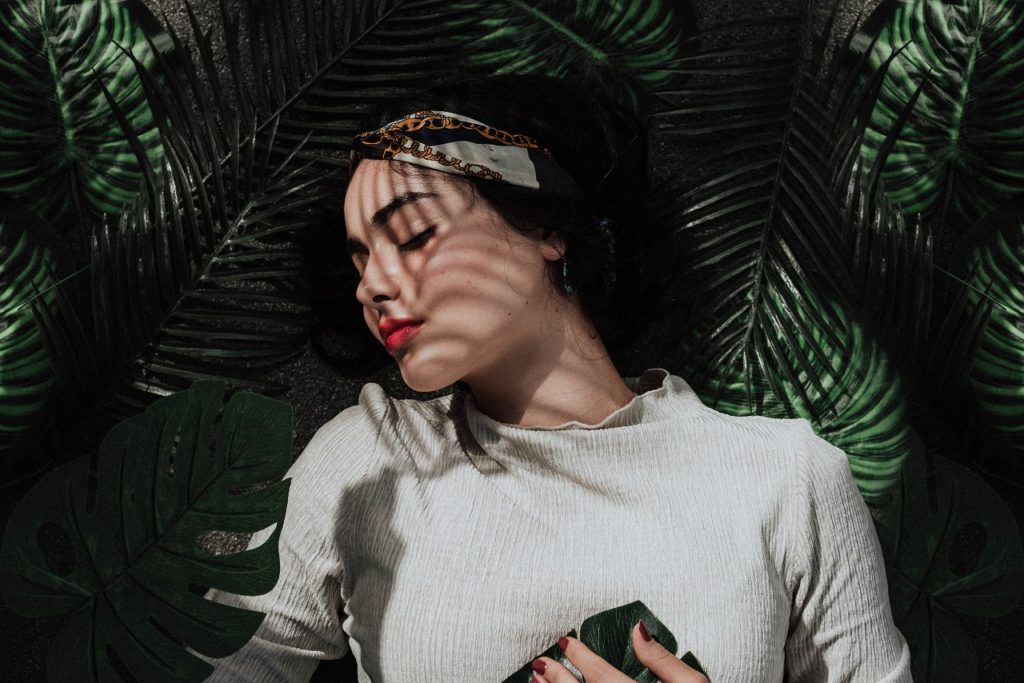 Ask cannabis consumers about the benefits of hemp, and you will likely hear that they sleep well after use. Although studies confirm that certain properties of cannabis stimulate sleep, it does not always work. Although many people praise cannabis for its positive influence on sleep, not everyone falls into a deep sleep. Science is not unanimous about cannabis effects on sleep either.

People who sometimes consume a strong type of cannabis with a lot of THC know that the high effect can really stimulate the mind. What about CBD? It is not psychoactive. It is even capable of lessening the effects of THC. However, the answer to whether CBD is the key to good sleep is no.

That is because CBD is not an acute sedative. It is precisely other effects of CBD that lead to a better night’s sleep. Think of anxiety-inducing and stress-reducing properties. Someone who is relaxed worries less, therefore, falls asleep more easily and sleeps better.

Moreover, the study emphasizes that the therapeutic benefits of cannabis during sleep do not stem from one or more active substances. It’s about the relationship between all sorts of components that make whether or not a type of cannabis promotes sleep. This has also been scientifically researched.

Species with the predicate ‘indica’ are usually better at it than ‘sativas’. Species with a lot of CBN also work well to help people sleep better. Furthermore, it is a personal quest to find out what works well for you.

The development of the growing hemp industry constantly changes and surprises its consumers. Stay up-to-date on recent news with the Hemp.im app.

Cannabis may be counterproductive to sleep when habituated. According to sleep psychiatrist and neurologist Dr. Bhanuprakash Kolla, who works at the Center for Sleep Medicine and the Department of Addiction Medicine at the Mayo Clinic in the state of Minnesota: “We know from studies among recreational users of cannabis that sleep disorders are common when trying to quit.”

Kolla added that “Up to two-thirds of users report sleeping disorders when they stop using cannabis, and it’s a common reason for returning to cannabis use. That’s why cannabis can establish a pattern where it is useful for sleep in the short term and then disturbs sleep, making it difficult to stop use in the medium to long term.”

Research, therefore, suggests that the frequency of use is an important factor in determining whether or not cannabis works as a sleep aid. For example, a small study among cannabis consumers and non-users conducted in 2014 showed that only 10% of sporadic users suffered from insomnia. Whereas, 39% of daily users said they suffered from insomnia.

The influence of anxiety

The same research also demonstrated that differences between sporadic and regular consumers disappeared when scientists also looked at anxiety levels. Does this mean that cannabis is good for sleep when you’re depressed or anxious, but bad when you’re not?

This is not the only ambiguity. What is the role of the type of cannabis and dose? As concluded earlier, the species plays a major role. And what about extracted products and smoking dried marijuana tops? Such variables are often left out of consideration, even though they are important.

In addition, these ambiguities show that cannabis in insomnia – just like other ailments – is a personal story. You usually have to look for the right type of cannabis, method of administration, CBD: THC ratio and dose.

Moreover, it is not surprising that habituation occurs with a sleep aid substance. You can reduce the chance of this by regularly taking a tolerance break. Also finding a dose that is high enough to sleep better, but low enough to avoid habituation and tolerance for as long as possible.

Although many people use cannabis to sleep better, it may be less effective for older people with chronic pain. A recent study by Israeli researchers at the University of Haifa suggested that frequent cannabis users against chronic pain may build a tolerance for the sleep-promoting effects. This may cause the sleep-inducing effects to disappear after a certain period of time.

According to Sharon Sznitman, a senior lecturer at the School of Public Health at the University of Haifa in Israel, “Many studies have examined synthetically extracted compounds, mainly THC and CBD. This does not give a clear indication of how cannabis affects sleep in daily life, as most cannabis users use full-spectrum cannabis products with more than 500 active ingredients. All of these can interact and create different effects on sleep than synthetically extracted cannabinoids.”

To test that concept, Sznitman and her team analyzed the sleeping patterns of 128 people aged 50 and older with chronic pain. Out of the total, 62 representatives did not use cannabis, while the other 66 used cannabis to relieve their pain and help them sleep.

The study, published in the medical journal BMJ Supportive & Palliative Care, found that those who used cannabis were less inclined to wake up in the middle of the night compared to patients who were not using cannabis. No differences were found between the groups in terms of difficulty in falling asleep and waking up too early.

Although, the study does suggest that if people with chronic pain would use cannabis more often, they would have more trouble falling asleep and would wake up more often. “Cannabis can help improve sleep directly, but it can also improve sleep due to the effects cannabis has on pain,” said Sznitman. “It is also possible that people who use cannabis over a long period of time often develop a tolerance for its sleep-inducing effects. That could make cannabis ineffective or less effective.”

Criticism of the study

Another study was pointed to the relationship between long-term use and negative effects on sleep. Nevertheless, there is plenty to disagree with this study. First of all, it was a transversal study. This means that all participants were observed at the same time. So there was too little room for personal variables. Kolla, who was not involved in this particular study, noted that the study cannot draw any conclusions as to whether the differences are due to the effect of cannabis.

Morgan Fox, the media relations director of the National Cannabis Industry Association trade group, added that the study was limited in scope and impact. “This is a very small sample size and includes a very specific and narrow demographic; elderly patients with insomnia and chronic pain,” she said. Dr. Sznitman herself also noted that ‘given the limitations of this study, the results reported should be considered preliminary’. Further research should be considered.