In the wake of Thailand’s recent decriminalization of cannabis, numerous cannabis cafés have begun cropping up around the country. Now some are hailing the new businesses as a vital ingredient in the nation’s tourism recovery, which is currently 20x down on where it was in 2019. However, with cannabis being as controversial as it is, not everyone is thrilled with these new developments. 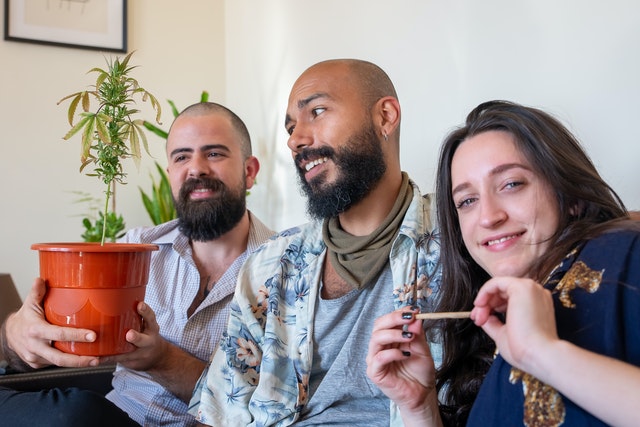 Since Thailand’s decriminalization of cannabis in June, several new establishments have sprung up around the capital. These establishments are cannabis cafés, similar to the so-called “coffee shops” popular with tourists in Amsterdam.

The decriminalization of cannabis and the resulting cannabis economy could help breathe new life into the country’s tourism industry, which was devasted by the Covid-19 pandemic.

Illustrating just how hard, we can see that foreign arrivals in Thailand’s airports were just 2 million in the first half of 2022. That’s about 38 million behind the nearly 40 million arriving in 2019.

In total, the tourism industry accounted for approximately 12% of Thailand’s GDP before the pandemic hit.

RG420 owner Ongard Panyachatiraksa and others like him see their coffee shops as an important element in Thailand’s efforts to rebuild its tourism.

Panyachatiraksa says hundreds of people have visited his cannabis café every day, and he plans to open more locations.

“Europeans, Japanese and Americans are looking for Thai sativa,” Ongard told Reuters, referring to a strain of cannabis. “Cannabis and tourism are compatible.”

Of course, with cannabis being cannabis, not everyone agrees.

Back in 2018, Thailand became the first Southeast Asian country to legalize cannabis for medical use. However, recreational use was still outside the law. But that changed in June when Thailand finally decriminalized cannabis completely.

The decriminalization led to an explosion in its recreational use, which has caused some government officials to raise concerns over the adverse health and productivity effects often linked to uncontrolled cannabis use.

“The law does not provide for the recreational use of cannabis…and that’s why official tourism promotion is focussing on the medical aspects,” said Thailand’s deputy governor of the national tourism authority, Siripakorn Cheawsamoot.

Thailand’s Laws Are Confusing, and There Are More to Come

Thailand’s new policy’s mixed interpretations have led to confusion, and authorities have resorted to enacting partial regulations. One such regulation that followed in the wake of decriminalization was a ban on smoking cannabis in public. Sale to those under the age of 20 is also prohibited.

We should also expect more retrospective legislation to follow given that a parliamentary committee is already debating a bill to regulate cannabis use further. It is expected to be finalized in September and could affect cannabis cafes.

Akira Wongwan, a medical cannabis entrepreneur and one of the committee’s advisors, said he expected recreational use to be subject to zoning laws.

Meanwhile, in the crowded smoking room at RG420, a reference to Rag Gan, a Thai expression meaning “love one another,” Briton Malik Khan has just finished rolling a joint.

“Thailand’s beautiful, plus there’s a lot to do here,” says the 26-year-old. “(Cannabis) adds to the scene nicely.”

First published by CNN Español, a third-party contributor translated and adapted the article from the original. In case of discrepancy, the original will prevail.