HHC (hexahydrocannabinol) was first created in 1944 by American chemist Roger Adams when he added hydrogen molecules to delta-9-THC. However, since then, it has remained relatively obscure. That’s starting to change now as legalization spreads throughout America and the rest of the world. Here we answer all the questions you might have about it, including those about its safety and effects. 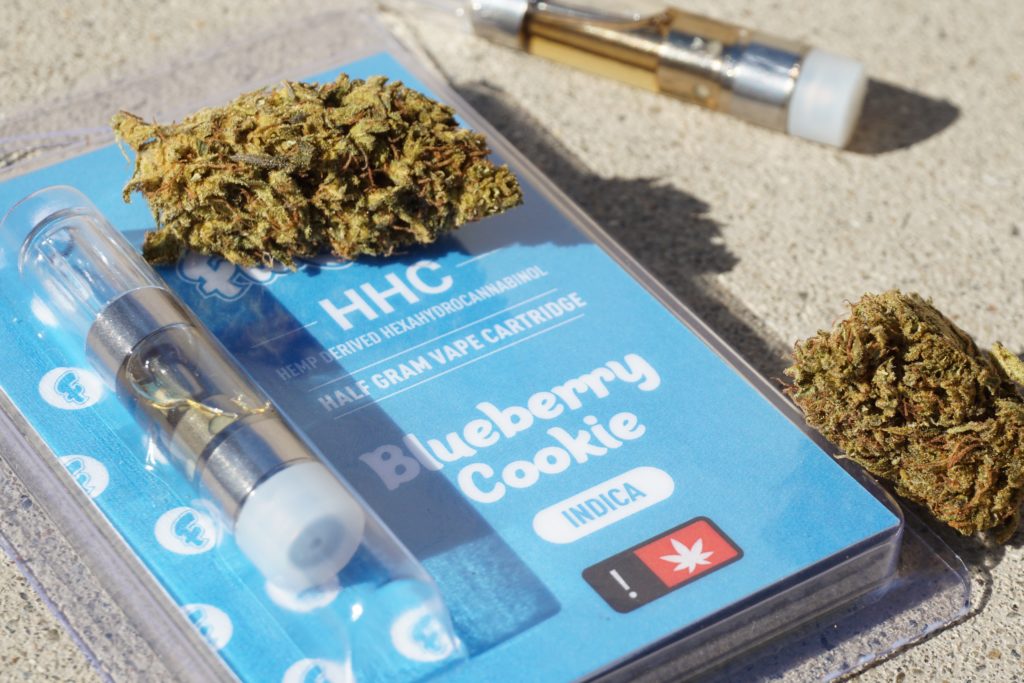 Following the example of the United States, where the legalization of hemp has opened the way to the marketing of cannabinoids naturally present in hemp, but in very small quantities, and therefore recreated synthetically, some products containing HHC (hexahydrocannabinol) are starting to arrive in France. With a primary question: is HHC legal in France?

HHC was created in 1944 by American chemist Roger Adams when he added hydrogen molecules to delta-9-THC. This process, called hydrogenation, converts THC into hexahydrocannabinol.

While Adams created HHC from THC derived from cannabis, today HHC is usually derived through a process that starts with hemp.

How is HHC made?

HHC can be made from a multi-step process. First, CBD is extracted from hemp in the form of an isolate. From there, things get a little more complicated.

HHC is created from CBD through a chemical reaction inside a chemical reactor using a catalyst. The details of this process are unknown, but toxic chemicals are likely involved.

The HHC contained in the marketed products is thus produced synthetically, without any traceability on the solvents involved and on what remains in the final product.

What are its effects on the body and mind?

There is no consensus on the potency of HHC. The complication comes, in part, from the fact that when the cannabinoid is made, the end result is a mixture of two different types of molecules: 9R HHC actively binds to the body’s natural endocannabinoid receptors, while 9S HHC, because of its slightly different molecular structure, doesn’t do so as well.

“The one that binds [to the receptors] produces similar effects” to delta-8 THC, but it takes a much larger amount to do so, explains Richard Sams of KCA Labs, for example. “With a sufficient dose, you can see effects similar to THC.”

In other words, HHC can have similar effects on the body and mind as THC, but HHC is less potent, milligram for milligram, than delta-8-THC. Delta-8-THC itself is generally considered half as potent as standard delta-9-THC.

Is it Safe for Consumption?

Like all new hemp-derived cannabinoids (delta-8, delta-10…), there is no standard dose and little or no research on the immediate or long-term effects of consumption.

Because hemp-derived cannabinoids (including HHC) are not properly regulated in France, sellers of HHC products are not required to test their products for potency and purity.

And now we come to perhaps the thorniest question of all: is HHC legal?

For the moment, hexahydrocannabinol is not classified on the list of narcotics in France nor is it prohibited as such. Attention all the same:

HHC is originally a derivative of THC. Its molecular structure is very close to the banned cannabinoid and its psychotropic effects, even if weak, could disqualify it quite easily

HHC has important similarities with the synthetic drugs K2 and Spice. No traceability is done on its production or its composition after manufacturing by solvent

For the moment, the products exist in a murky area. Until HHC is regulated by the state, consumers will only be able to assess the risks and benefits of these compounds for themselves.

Photo by Elsa Olofsson on Unsplash