The cannabis industry in California was one of the pioneering leaders in the legalization of cannabis. However, like many other places around the world, the legal industry is struggling to live up to its full potential. A major hurdle is the imposition of excessive taxes which makes it impossible for legitimate shops to compete with illicit cannabis activity. Reforms could be under way. 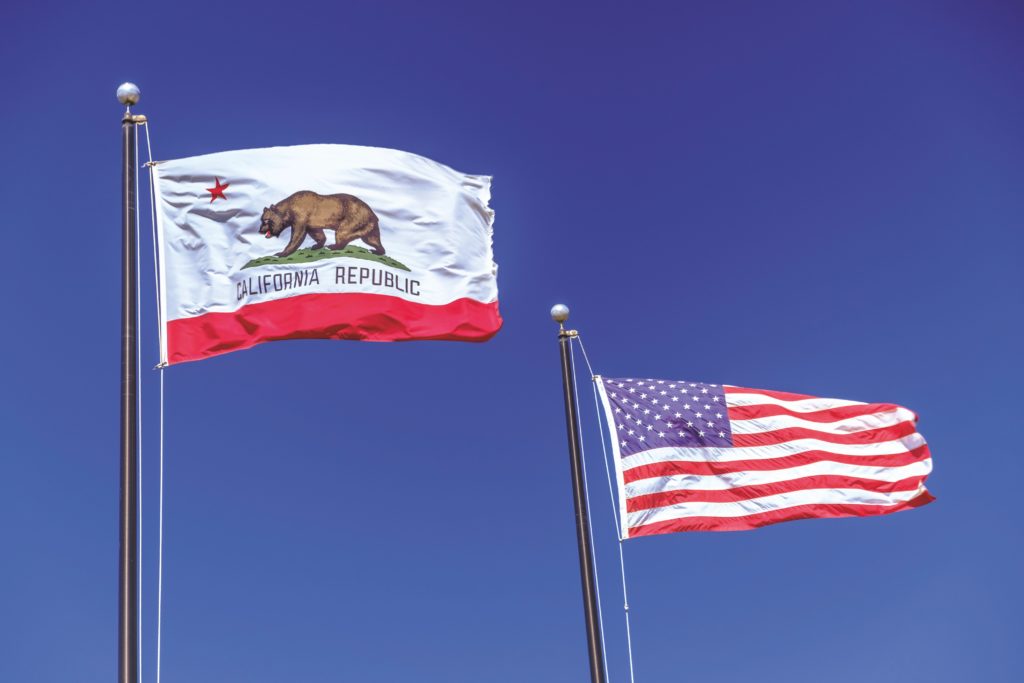 The cannabis industry in California is still struggling with the black market. In addition to a lack of retail outlets, with only 23% of cities accepting cannabis businesses on their territory, California cannabis suffers from very high taxation, preventing it from being competitive with an unregulated market.

The Price of Cannabis in California

The price of cannabis products sold in legal dispensaries in California can be two to three times higher than nearly identical items sold in unlicensed stores, which are not subject to the cultivation or excise taxes that drive up costs for retailers.

Among the taxes in California, the cultivation tax receives particular attention. This tax is determined by weight, meaning that the tax burden does not decrease as the value of their crop decreases due to competition with these unlicensed growers. This tax is also adjusted for inflation.

“Crop taxes are crushing small farmers throughout the North Coast and California. This legislation will provide much-needed tax relief to struggling small cannabis growers before the market collapses,” California Senate Majority Leader Mike McGuire tweeted last month. “We can’t continue to tax family farmers based on the weight of the product – because when prices go down, the taxes remain disproportionate. It’s simply not sustainable.”

SB 1281 would also “end the imposition of the cultivation tax,” but would also “reduce the excise tax to 5 percent,” down from 15 percent retail. The California bill also provides that this tax would not include a markup, which is usually set by the California Department of Tax and Fee Administration every six months. Finally, the bill calls for dispensaries to no longer “collect the excise tax from the cannabis retailer” and “remit the excise tax to the department,” but that the remittance is the responsibility of the retailer. All of this would take effect in early 2023.

AB 2506 “suspends the imposition of the cultivation tax from July 1, 2023 to July 1, 2028, and removes the requirement that the department adjust the cultivation tax rate for inflation for calendar year 2023 and during the suspension.” Second, like McGuire’s bill, in California it would increase “the excise tax by an additional percentage that the Department of Finance estimates will generate the amount of revenue that would have been collected under the culture tax,” but would do so “from July 1, 2023, through July 1, 2028.”

AB 2792 contains the largest number of changes. It would remove the inclusion of the gross-up amount in the California excise tax, but only from July 1, 2022 to July 1, 2025. It would also suspend, during that period, the excise tax for “purchasers of cannabis or cannabis products sold in this state by licensees entitled to a fee waiver or deferral pursuant to the program established by the Department of Cannabis Control under the California Cannabis Equity Act.” It also suspends, during this period, the cultivation tax and “removes the requirement for the department to adjust the cultivation tax rate for inflation during the suspension.”

It will probably be difficult to find a consensus on a tax plan. But the health of the legal cannabis industry in California depends on it.

(Photo by Drei Kubik on Unsplash)