Although there’s still a need for more cannabis research, especially legalization for medial use gathers pace, we’ve already managed learned so much about the plant in such a short time. 2021 was no exception, either, with researchers making new discoveries about everything from its pain-relieving qualities to its aggression-reducting abilities in dogs. Here we look at the five most interesting. 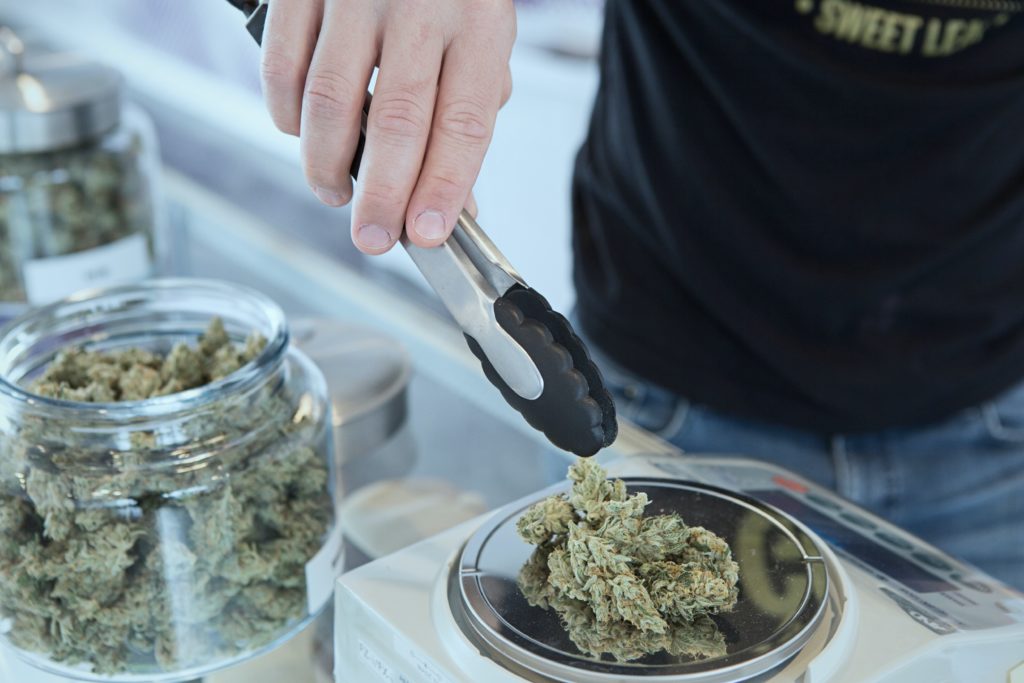 As the legalization of its use for medical purposes expands, the need for further cannabis research has also increased. Public funding and private investment is growing, and global research is increasing our understanding of the fundamental characteristics of cannabis and its therapeutic potential.

In this article, we’ll take a look at 5 interesting things that cannabis research revealed in 2021. But, before we get into it, if this sort of content is of interest to you, take a moment to download our cannabis news app.

Brazilian scientists tested the protective effects of CBD against stroke damage in rats. CBD administered 30 minutes before a stroke and several hours after protected against brain cell loss, structural damage, and memory impairment.

Although the protective effects of CBD have not yet been systematically tested in human clinical trials, these exciting results highlight the potential benefits of CBD for high-risk patients, such as those at risk of stroke or heart attack.

In another cannabis study, Spanish scientists examined the protective and reparative effects of THC in demyelinating diseases. Myelin is an insulating substance that promotes the speed of electrical signals in our cells. Destruction of myelin, as seen in diseases such as multiple sclerosis, slows the rate of communication in the nervous system and causes a range of impairments. Unfortunately, there is currently no effective strategy to recover myelin once it has been destroyed.

This cannabis study showed that THC stimulates remyelination by promoting the activity of cells called oligodendrocytes, which are responsible for the myelination of nerve cells, thereby improving behavioral function in a mouse model with demyelinated lesions.

Although there are still several steps to be taken before these results can have an impact on clinical practice, THC’s ability to promote remyelination provides exciting mechanistic support for previous reports of patients with demyelinating diseases who have benefited from cannabis.

2) Cannabis Study Assess Causal Effects of Cannabis Use in Adolescents

To better understand the effects of cannabis on adolescents, several studies have focused on twins, which control for genetic and familial factors, since twins often have similar DNA and are exposed to the same family environment.

In one cannabis study, the effects of cannabis use in adolescence were assessed later in life, in adulthood, and, more specifically, the existence of psychosis in adulthood. The association between cannabis and psychosis disappeared when cannabis-using and non-using twins were compared.

A second cannabis study of twins using a similar approach failed to find a causal link between weekly cannabis use and engagement in physical exercise or physical health characteristics. Instead, the scientists concluded that the lower levels of exercise engagement, heart rate, and exercise were better explained by genetic factors and family behavioral patterns than by cannabis use in adolescence.

The characteristic smell of cannabis comes from terpenes, and it is the combination of terpenes that gives each variety a unique smell. Until now, the origin of the familiar smell of Slunk, a historical variety of cannabis, was unknown.

The culprit, identified by a team of cannabis researchers from California-based Abstrax Tech, is 3-methyl-2-butene-1-thiol. Levels of this compound increase dramatically at the end of the flowering phase and peak during maturation.

Given its structural similarity to compounds found in garlic, its health benefits can be further explored alongside other important terpenes, such as caryophyllene.

In a recent cannabis study conducted by Italian scientists, abandoned dogs kept in shelters were given CBD oil for 45 days and assessed for aggressive behaviour towards their owners. All the dogs in the CBD-treated group tolerated it well with no adverse effects.

The CBD-treated dogs showed a reduction in the number of aggressive behaviors, and the benefits were most pronounced after 45 days of exposure. Stress-related behavior was not affected by CBD in this particular cannabis study.

Although the strength of these findings is limited by the small sample size of the study – only 12 dogs per group – and the unbalanced group assignment, it reveals a potential new therapeutic use of CBD for pets.

Most non-opioid painkillers work by reducing inflammation. Inflammation activates a specific set of sensory cells that send signals to the brain and activate a network of brain regions that together promote the sensation of pain.

Cannabis research has long attributed the pain relief benefits of CBD to its anti-inflammatory effects. However, Iranian neuroscientists have recently discovered that CBD also reduces pain by acting in a small region of the brain, the nucleus accumbens, which is involved in pain processing and response.

The cannabis researchers injected CBD directly into the nucleus accumbens of rats, limiting its effect on the brain, and measured their pain sensitivity after a pain-inducing procedure. The CBD-treated rats showed reduced sensitivity to pain, even though inflammation at the injury site was not blocked.

These cannabis research results are important because they reveal that CBD can reduce pain by acting directly on the brain, not just by reducing inflammation at the site of injury. This study points to the need for further research into the efficacy of CBD in the treatment of chronic pain, where pain is no longer the result of inflammation but of dysfunctional nerve signalling or brain processing.