High Tide, the leading cannabis retailer in Canada, is now looking to tackle the German cannabis market as the country gears up for legalization. The company is confident about its plans to enter the German market, with company CEO Raj Grover citing the likely liberal approach to licensing being one favorable tailwind. For now, however, the company is holding back as it waits for legislation. 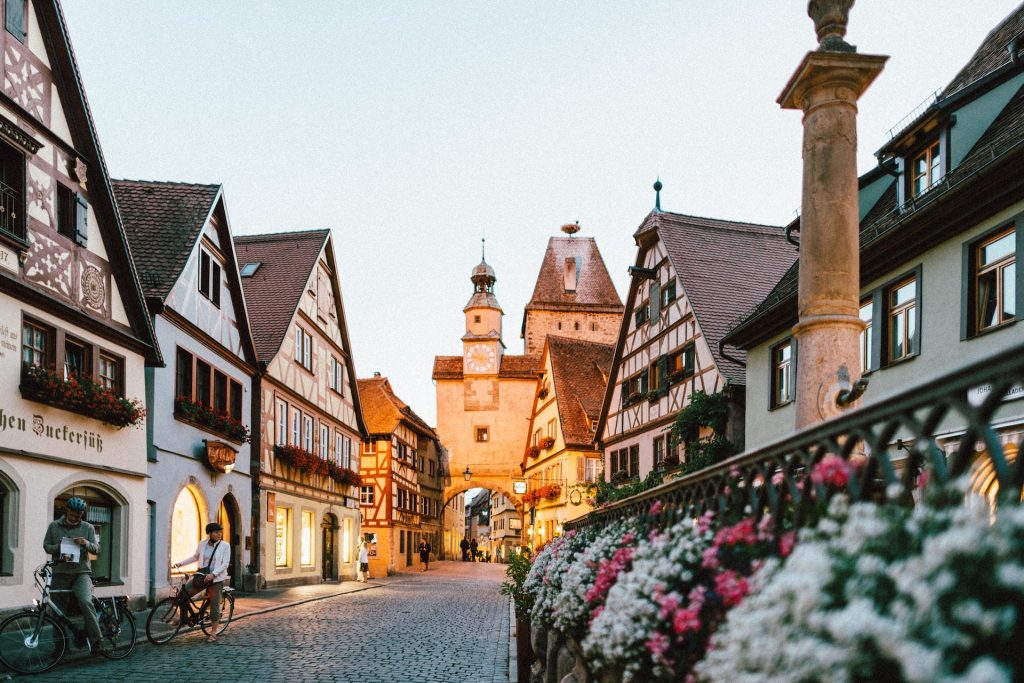 North American cannabis retail leader High Tide has unveiled plans to establish its footprint in the emerging German adult-use market. The announcement follows Germany’s announcement earlier this year that it would legalize the recreational use of cannabis as early as the end of this year.

A Leader in Canada, High Tide Wants to Dominate the German Market

“We intend to establish a presence in Germany as soon as federal legalization occurs. Our goal is to be there as soon as possible and become one of the market leaders.”

“We are the largest non-franchised retailer with 140 locations in the country, and we are keeping a very close eye on the German legislation. We are very excited about the opportunity to bring our Canna Cabana retail store concept to Germany,” Grover said in an interview with BusinessCann.

While more details on Germany’s adult-use legislation should arrive in the coming weeks, High Tide is one of several North American players scaffolding plans for what will become the world’s largest cannabis market.

Grover says he is exploring two potential paths to achieve his ambitions for High Tide.

“We’re either going to do it 100% on our own, or we’re going to form a partnership with a strategic cannabis player in Germany in the form of a joint venture.”

Regarding the latter option, and after attending the recent ICBC conference in Berlin, Grover says High Tide is in discussions with at least a “dozen potential partners,” three to four of whom are “already in the retail space.”

He added, “We’ve been talking to many major players in areas as diverse as retail, culture, R&D, strategy, and capital. There is a lot of interest from German companies that want to work with High Tide.”

“We have no interest in pursuing the medical cannabis route. Our goal is to establish brick-and-mortar signs, and we are waiting for more details on what the rules will be.”

He went on to say that he understands that Germany will allow international market participants.

German cannabis lawyer Kai-Friedrich Niermann, who co-authored a 2021 paper on cannabis legalization in Germany with Burkhard Blienert, the federal government’s commissioner for addiction and drugs – who writes cannabis laws – believes there will be few restrictions on the establishment of stores.

He told BusinessCann that two of the three Traffic-light coalition partners – the Greens and the SPD – take a “liberal approach” to licenses.

“In all likelihood, there will be no cap, so cannabis retail stores will probably be allowed in sufficient numbers, even in city centers,” he said.

Grover added, “Once we understand the lay of the land, our goal is to ensure we are one of the leading players in Germany.

“High Tide is all about execution. When you look at our track record and how we do things, we were one of the first stores to open when legalization happened in Canada.

“We’ve always executed and done what we said we would – I like to underpromise and over-deliver.”

Last week, High Tide released its third-quarter results, which resulted in record revenues of C$95.4 million, a 98 percent increase over the previous year.

It also recently secured a C$19 million credit facility, putting it in an enviable financial position compared to many of its Canadian counterparts.

In addition to the 140 Canna Cabana retail stores, High Tide has a strong presence in the accessories business with several U.S. brands, including Grasscity.com, SmokeCartel.com, DailyHighClub.com, and DankStop.com.

High Tide already has an online presence in Germany through Blessed CBD and is exploring other opportunities in consumer accessories and additional CBD products.

Germany currently has the most significant medical cannabis program in Europe, with nearly 200,000 patients supplied primarily by imports from a dozen countries.

In recent weeks and months, the level of interest and activity from established foreign players like High Tide, and new ones, has intensified as they seek to implement their ambitious German plans.

Akanda, Foliumed, IM Cannabis, the Grow Group, Clever Leaves, and Little Green Pharma have all increased their presence in Germany in recent months.

Similarly, U.S.-based Flora Growth began exporting CBD products to Germany earlier this year and unveiled plans to open 50 JustCBD stores in Germany and the Czech Republic by the end of 2023.