The use of cannabis in sports is a controversial topic, with many pundits and mainstream media outets pushing the line that its use is effectively doping. Even the World Anti-Doping Agency (WADA) seems to agree. However, if we consider the balance of the facts, it’s hard to see how this line holds up. Indeed, when it comes to athletic performance, cannabis does more to hinder than to help. 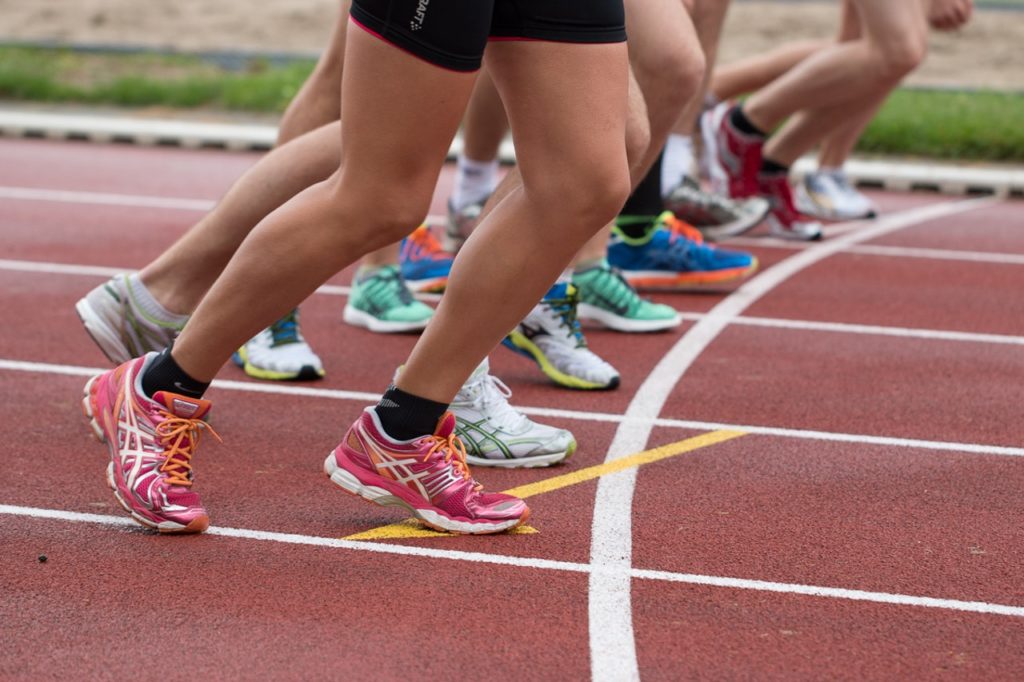 Playing football while stoned is certainly fun, but it’s hardly conducive to top performance. Yet, despite this, this simple truth is being rebutted in a lot of fake news media about cannabis in sports, which is even pushing the line that cannabis is a possible form of doping.

As an example, let’s think of the case of perhaps the best female sprinter in the USA who, because of a test for THC, will not be allowed to participate in the Olympic Games in Tokyo.

Now, there’s a lot of athletes who swear by cannabis in sports. There’s also a lot to be said for cannabis as a helpful compound for competition. But how, exactly, can cannabis improve and support performance during training? Does it really make sense to smoke pot or take cannabis concentrates right before a tournament, of all things?

After all, one would have to say, the lively reactions to the aforementioned case of Sha’Carri Richardson are widespread and popular. Many athletes believe in a kind of indirect performance enhancement from cannabis in sport, which has less to do with acute consumption than with the regular intake of, for example, the non-intoxicating cannabidiol. Although cannabis in sport is still banned by the admittedly rather corrupt World Anti-Doping Agency, there’s no reason for this classification beyond sheer ideology and the usual favoritism of beer companies, at least from a scientific point of view.

One study surveyed more than 1,000 athletically active people, and of those, a good two-thirds said the weed naturally and reliably helped with pain. Also a calming effect was reported and people take the cannabinoids to fall asleep, regenerate and against the usual stress.

Better focus and concentration on the demands of competitive sports is also cited as a reason for occasionally smoking pot. So it’s not about extremely fast growing muscles like anabolic steroids, blood transfer, and similar tricks like in the Tour de France. Cannabis in sports is rather seen as a holistic medicine from natural medicine, which can offer more strength, endurance and relaxation quite similar to a dietary supplement.

How is Sports Performance Affected by Cannabis?

It has been proven that smoking cannabis increases heart rate and blood pressure, both of which are not very helpful for, say, a sprinter or an endurance marathon runner. Trying to use cannabis in sports to improve athletic performance in this way seems absurd, and the claims are once again swaggering falsehoods intended to discriminate against cannabis per se in and out of sport.

In Germany, football players, who bring alcoholism to even very young fans by waving beer glasses at prime time, are media heroes. But when it comes to cannabis in sports, there is immediate talk of cheating and criminal machinations, up to and including doping.

Smoking a joint before or after training is not very helpful for performance. And anyway, inhaling, especially mixed with tobacco, and the deep inhalation of the vapours are not at the top of the compatibility list for cannabis in sports! So whoever in the editorial offices of certain newspapers or in politics thinks they can imagine sprinters lighting a dowel before a run, or swimmers crawling out of the pool and approaching the bong either has no idea at all about the effects of cannabinoids or, as is so often the case, is trying to attract attention with threatening gestures.

Interesting, however, are the omissions of the Sports University in Cologne. There, the researchers think that the calming effect of hemp products leads to greater risks in sports. They think that the use of cannabis is sports like skateboarding and BMX biking leads to athletes with THC in their blood rushing, without hesitation, into very dangerous situations. Theoretically, this could also lead to better results – with a massively increased risk of injury at the same time. Coordination would be limited and there we are again, with the case of Sha’Carri Richardson.

She didn’t smoke cannabis to sprint faster, but because her mother died. If the lady had been drinking like a fish, the officials wouldn’t have cared. However, for cannabis in sports, there’s a ban, logical and we should be sceptical about current reports about cannabis as a supposed booster. For relaxation, cannabis is excellent. But it should not be taken by professionals because of the described situation at the anti-doping agencies. Amateurs, on the other hand, may enjoy prudent consumption.

(Featured image by Snapwire via Pexels)