The party is over for cannabis companies. Share prices of marijuana producers tumbled last week, some by nearly 40%. After a string of disappointing quarterly reports and mounting skepticism about the industry’s rosy growth forecasts. Among the news this week: Two U.S. companies scrapped a merger initially valued at nearly $700 million. The industry would already be worth a billion dollars. 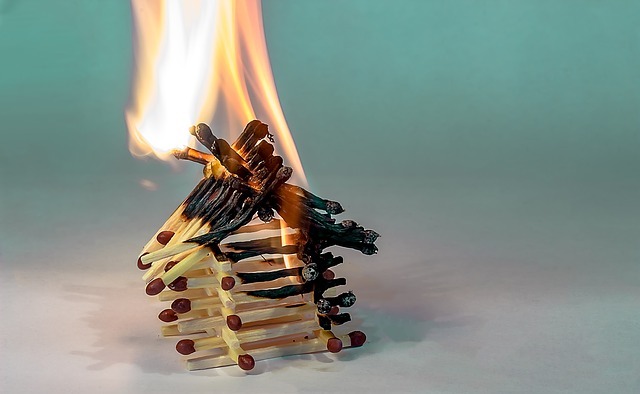 With some speculating a cannabis market collapse, this new industry might be going up in smoke.

“The party is over for the cannabis industry,” a Wall Street Journal article brutally introduced.

The hemp business is experiencing its first setbacks even though the market had huge promises some months ago.

Financial concerns may be influencing a cannabis market collapse

In mid-October, Quebec producer Hexo withdrew his financial forecasts for the coming year.

The company was expecting a net income of ~$300 million in 2020. That said, they are expected to reach only ~$36 million for the current financial year.

Share prices fell by 38% following Hexo’s announcement, taking most companies in the sector with it.

In the United States, the turmoil of a very struggling market was the result of the merger between MedMen Enterprises Inc. and PharmaCann. This would have given rise to a company valued at almost $800 million.

MedMen cites the figures given by the Horizons Marijuana Life Sciences Index. This index compiles the stock market value of companies in the sector and it has lost more than 50% in one year.

Is Canada to blame for a cannabis market collapse?

The crisis mainly focuses on Canada, where the majority of cannabis growers are on the list.

The market is dominated by five firms. According to the Wall Street Journal, the overall value of these firms rose from ~$40 million in September 2018 to $17.3 billion in October 2019.

On the other hand, a manufacturer of Corona beer bet a staggering $4 million in 2018 on the largest player in the Canadian market, Canopy Growth.

The company had to review the value of its investment in its balance sheets, which would now only represent about $1 billion.

The American daily explains this recent pessimism is due to disappointing sales and production. It is much higher than the market can absorb.

This is particularly due to how slow the Canadian government grants legal licenses to distributors.

The CBD industry is exploding, but the effects remain largely unknown.

However, the United States has made a real revolution in the cannabis industry. Donald Trump signed a new agricultural law that legalizes the production of hemp at the federal level.

The cannabis industry quickly rushed into the market by finding the ideal product: CBD (cannabidiol). CBD is a hemp molecule that does not have the same therapeutic properties of THC.

Almost all the everyday consumer goods you can think of are available in CBD-infused versions. People compare the sudden and massive growth of the sector to a new gold rush.

According to some analysts, the industry could reach 24 billion dollars by 2023. Mainstream players on the market like CVS and Walgreen, the country’s two largest pharmacy chains, have already taken the plunge.

First published in korii., a third-party contributor translated and adapted the article from the original. In case of discrepancy, the original will prevail.