In a lingering hangover from the WWII occupation of Japan by the United States, cannabis is still a giant taboo in the country, even as other countries relax their laws. Despite this, however, CBD is legal in the country, and is gaining a slow but steady uptake amongst the population. Further, there is the possibility that some cannabis-based medicines may get approved in the near future. 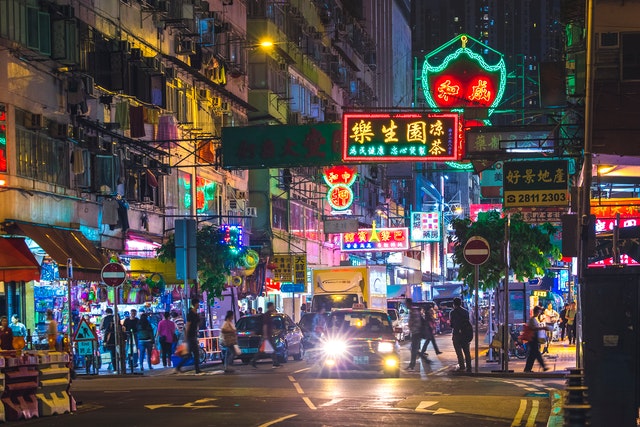 Between repressive laws and social disapproval, cannabis remains demonized in Japan. But cannabidiol (CBD), its molecule touted for its relaxing and non-narcotic effects, is gaining popularity in the country, in small doses.

A “Cannabis Expo” in Tokyo, Japan

In a small trendy club in Tokyo, Japan, it reigns like a perfume of freedom that evening on the occasion of “Cannabis Expo”, a party where we smoke and happily vape CBD while dancing to rap or reggae.

“When I was a child, I was taught at school and elsewhere that cannabis was absolutely forbidden,” said Ai Takahashi, a 33-year-old professional dancer who met at the party. “But being a reggae fan, I smoked it when I traveled to places where it’s legal. I thought it wasn’t too bad.”

CBD Is Stigmatized, but Legal in Japan

The young woman then became interested in CBD, which is not illegal in Japan if it is extracted from cannabis seeds or stems. On her advice, her mother took it to treat her depression and it really helped her, she says.

CBD is still a small market in Japan – $59 million in 2019 – but it was almost non-existent a few years ago, according to research firm Visiongraph.

And Japan’s zero tolerance for cannabis use is pushing sellers of CBD products to advocate discretion. Especially since it is forbidden in Japan to smoke even tobacco in the street, except in reserved spaces.

CBD is “legal, but we ask customers to take advantage of it at home” to avoid causing “trouble,” a salesman in Tokyo, Norihiko Hayashi, 37, told AFP.

Cannabis Perceived as a Substance for Criminals

In Japan, “cannabis is perceived as a substance popular with criminals,” said Ryudai Nemoto, an employee of a CBD products shop in the Ibaraki department, northeast of the capital.

“Personally, I don’t see things like that, knowing that there are people who are interested in it for therapeutic reasons, but that’s not the opinion of the general public,” adds this 21-year-old seller.

Only 1.4% of Japanese say they have tried cannabis, according to the Japanese Ministry of Health, compared to more than 40% in France and around 50% in the United States.

Local celebrities caught out are systematically boycotted by their fans and employers. In 1980, the former Beatle Paul McCartney had even spent nine days in detention in Tokyo after the discovery of cannabis in his luggage.

Cannabis-related arrests have been on the rise for almost a decade in Japan and even reached a record 5,482 last year. While other states have legalized weed or relaxed their legislation in this area, including very recently Thailand, which decriminalized its cultivation and sale, a first in Asia.

The Medical Cannabis Debate in Japan

The Japanese government is seeking to close a legal loophole that makes cannabis use technically legal, even though possession of its buds, leaves, and roots is punishable by up to five years in prison, or even seven years if sold for profit.

This paradox stems from an ancient measure aimed at preventing farmers from being arrested for inhaling psychoactive smoke when they grow hemp to make ropes, for example.

Japanese Toughness Stems from US Occupation

Japan’s toughness on cannabis dates back to the period of the US occupation of the country after World War II, when Americans “viewed cannabis as a problem and a threat, even though use was restricted and stigmatized,” explains Miriam Kingsberg Kadia, a historian from the University of Colorado (western United States) specializing in Japan’s relationship to drugs.

“These draconian laws against a drug that was not really a problem remained in force” in Japan, believes this researcher.

This year, however, The Japanese government could authorize drugs derived from cannabis that are already approved in many countries.

A first step towards the legalization of cannabis for recreational use? “Never” assures CBD seller Norihiko Hayashi. Or “not for over 100 years. I’ll be dead by then.”

First published by Orange Actu, a third-party contributor translated and adapted the article from the original. In case of discrepancy, the original will prevail.