As if celebrities didn’t already have their fingers in enough pies at once, many are now jumping on the cannabis buzz. With everyone from Sigur Rós to Shawn Kemp expanding their empires into cannabis, the celebrity trend is only going to continue as they all clamour to grab a piece of the forecasted 28.3% yearly cannabis market growth rate. Has CBD become just another Celebrity Business Disciple? 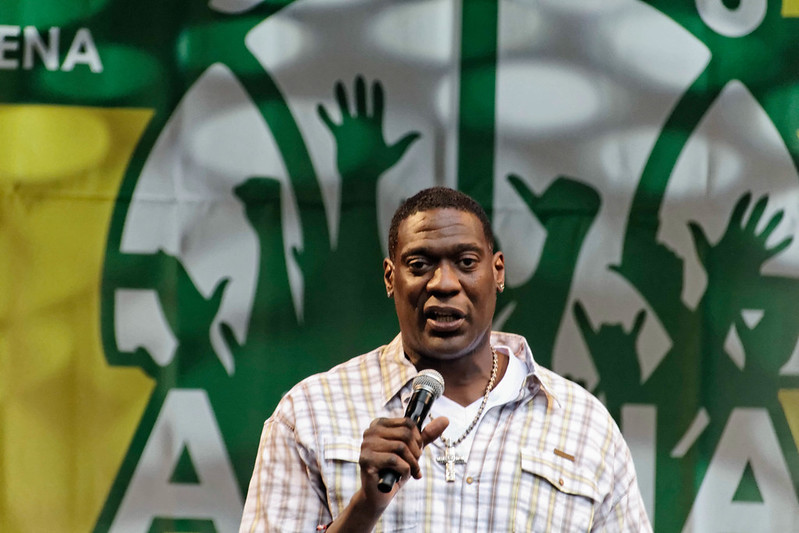 It is believed that by 2025 the medical marijuana business will move $75.6 billion. This expected market size equates to an equivalent growth rate of an average of 28.3 percent per year over the 2019-2025 forecast period.

No wonder the rich and famous, who already have money, want even more. And now they all want to get it from cannabis.

Celebrities jumping over themselves to get in on the cannabis action

Celebrities, from music to sports, are already signing up for the great rush of easy cannabis dollars.

One example comes from Beyoncé’s husband, the famous rapper Jay Z, who will soon be launching his own line of cannabis products. The rapper will take advantage of the fact that in California, where he lives, the use of cannabis is legal.

The artist has set himself up to continue with the expansion of his already large empire, following in the footsteps of other famous actors and music artists like Snoop Dogg and actor Seth Rogen.

For the launch of Jay-Z’s line of cannabis products, to be named Monogram, he has joined the Californian company, Caliva. The goal is to create “a careful selection of top quality strains through meticulous breeding practice”. With it, he hopes to redefine the marijuana consumption experience, according to the website quien.com.

Former NBA player Shawn Kemp, with his long history of association with the color green and not at all discreet designs (the Sonic’s uniform is hardly subtle!), is also jumping into the cannabis game, launching his own store.

The legendary Sonics powerhouse has opened the cannabis clinic a few meters from the Key Arena, where he once dazzled fans with his spectacular dumps. With this venture, the former Sonics player (who also shone in Cleveland, Portland and Orlando), becomes the first POC to run a marijuana clinic in Seattle.

The store is (unsurprisingly) called ‘Shawn Kemp’s Cannabis’, and it proudly opens its doors for the first time today, Friday, October 30th.

At the company, Kemp will be joined by former teammate and Hall of Famer Gary Payton and the opening ceremony is expected to begin at noon.

Kemp is excited about the venture and clearly hoping his celebrity power will draw man Sonics fans into the store. “I look forward to welcoming Sonics fans on a regular basis, starting with opening day,” Kemp told reporters.

Kemp also said he hopes to be a role model for blacks and other minorities, who historically have been underrepresented in the industry. “I hope Shawn Kemp’s Cannabis will be an inspiration for people to get involved in the legal cannabis industry, especially people of color,” Kemp said.

Months ago, the celebrity members of the renowned Icelandic post-rock band Sigur Rós also announced the launch of their own line of CBD products, as published by Life box set. If you still find the tunes of Sigur Rós can’t quite relax you, now the band itself offers the ideal pairing.

The band has launched its new line of CBD oils in association with the VONA collective, who describe themselves as a group of artists, researchers, farmers, formulators, and experts in the field of CBD.

Yes, as you can imagine, SLEEP is specifically formulated to “go with the ethereal”. It has soft notes of rose, lemon and spices. WAKE, on the other hand, “will help you start your day feeling alive” thanks to its fresh citrus pine flavor.

Each bottle contains 1000 mg of broad-spectrum, organic, gluten-free, vegan and hemp-derived CBD. Bottles from the first batch cost $58 each and are available through the VONA website. However, they are only shipped within the United States.

This is not the first time Sigur Rós has ventured into the CBD business, either. In 2017 they partnered with the American company Lord Jones for a line of edible gummies.

Countless other celebrities are entering the cannabis game

These are not the only celebrities jumping on the cannabis train. There are countless others and, surely, many more to come.

With the sales that so many celebrities are generating, or hoping to capture, surely we’ll have to change the acronym CBD. Instead of describing cannabidiol, maybe it should end up describing (yet another) Celebrity Business Discipline.

This article was written by a third party contributor and does not reflect the opinion of Hemp.im, its management, staff, or its associates. Please review our disclaimer for more information.