Starting in 2017 cannabis was legalized as a medicine in Germany with substantial restrictions, and now, as the market keeps growing exponentially, many believe that it is the time for a more extensive legalization. Benedikt Sons, Cansativa GmbH CEO, who is against a complete legalization, advocates for a regulation that does justice to the complexity of the product and the growing industry. 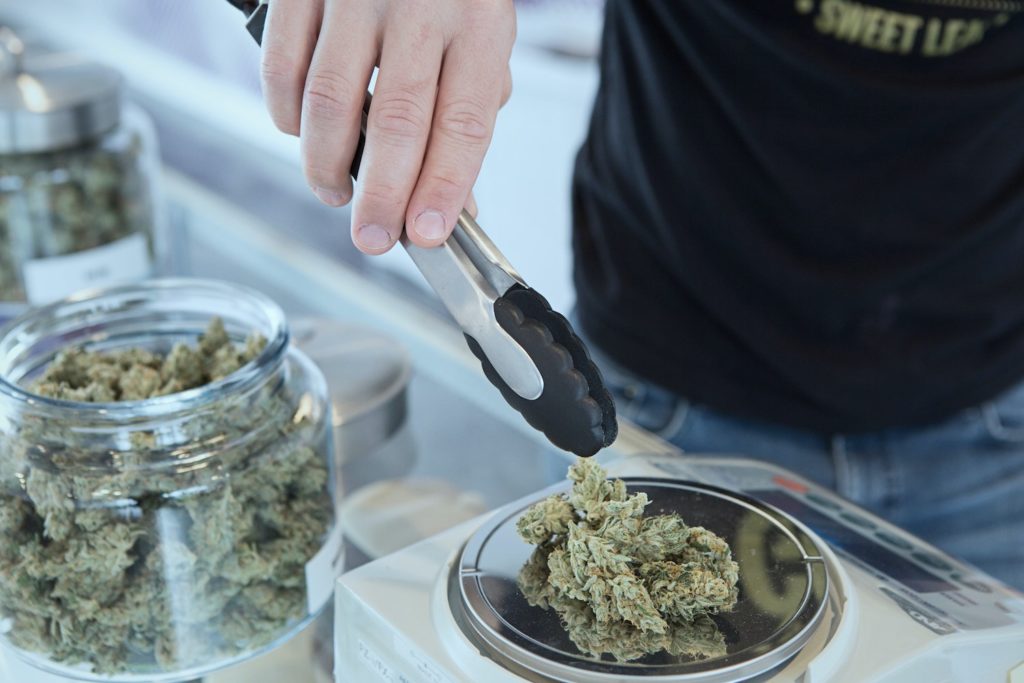 Benedikt Sons, Cansativa GmbH CEO, has to make something absolutely clear: “I reject the full legalization of cannabis.”

At first this seems surprising, because the man from Frankfurt has turned the intoxicant into a lucrative business. Together with his brother Jakob and his father, he set up a sales department for medicinal cannabis three years ago – and recently received an exclusive contract from the state cannabis agency.

However, Sons would like to see cannabis regulation in Germany “that does justice to the complexity of the product”. His start-up, Cansativa, only became possible because after decades of prohibition there has been movement in the political debate about whether intoxicating hemp is to be allowed.

In 2017 the drug was legalized as medicine within narrow restrictions in Germany. At the invitation of the Frankfurter Monday Society, Sons discussed the potential of this new pharmaceutical market with the lawyer Marc Schüffner and the FDP state parliament member Yanki Pürsün.

If you want to know more about cannabis, the potential of Germany’s cannabis sector if a legalization is approved , and to find out the latest cannabis news, download the Hemp.im mobile application.

The market for medical cannabis is growing as fast as it is strong: while around 1.5 tons were imported in 2017 and distributed to patients by doctors and pharmacists, it was 4.4 tons in the first half of this year alone.

And it doesn’t have to stay that way. The health conscious politician Pürsün believes that there has long been a majority in favor of partial legalization of the drug, both in the Bundestag and in the population. “There used to be a closed worldview, but a younger generation no longer sees it so categorically.”

Cannabis is still illegal, emphasizes lawyer Schüffner, partner in the Frankfurt business law firm Görg. “The legal situation is still such that, in principle, possession and consumption are punishable.” Medical cannabis is also regulated not only by pharmaceutical law, but also by criminal law. But that is now quite controversial.

The annual crime statistics show what consequences this can have. The Hessian police had registered a good 26,000 intoxicating offenses last year (around 27,000 in 2018). Far more than half of these are offenses involving cannabis.

“We are overloading the judicial system as well as the police, who can no longer pursue real criminals,” says Pürsün. Some of the buyers and users of these illegal drugs are also people with depression or cancer who have not yet discovered more legal means to soothe their ills.

Against popular belief, cannabis users tend to be older

However, the new legal situation does not make it easy for entrepreneurs to penetrate this new pharmaceutical market, warns attorney Schüffner. It starts with the clinical situations for which medical cannabis is approved.

Entrepreneur Sons says that, as a rule, it is a question of patients who have been “exhausted”, so other treatment methods no longer work. Often it is about nerve pain and seizures, sometimes also for cancer and after chemotherapy. “These are all often tragic individual fates.”

According to his numbers, the most frequent user is neither a hippie nor a student, but on average 50 to 59 years old.

So far, Cansativa has imported the hemp plants from Canada and the Netherlands. From now on there will also be state-controlled harvests from Germany, 2.6 tons per year will be allowed in the future, for example at a sales price of 20 euros per gram, the German plants would have a value of 52 million euros.

Patients are usually prescribed 35 to 55 grams per month, which would cost them between 700 and 1100 euros. The health insurers reimburse almost half, 9.52 euros per gram.

However, since there is no positive list in the law, each health fund can, in principle, decide for itself whether it will accept the patient’s applications for cost coverage.

The lawyer Schüffner does not pronounce the word “arbitrariness”, he prefers to call it “very different approaches”. The MP Pürsün points out that in Hesse, compared to the rest of the world, the fewest applications for reimbursement of costs are accepted, the rate is around 60 percent.

Such low rates are a “somewhat unsatisfactory situation”, especially for patients, adds Schüffner. In view of the unclear legal situation, doctors migh also continue to shy away from issuing prescriptions for cannabis.

First published in FAZ, a third-party contributor translated and adapted the article from the original. In case of discrepancy, the original will prevail.