The french hemp sector is all abuzz with the latest regulatory shift. On the bright side, it will allow CBD to be produced from French grown hemp flowers, on the other hand, it will severely limit those to whom the flowers can be sold. The law restricts flower sales to large-scale industrial producers, cutting into the potential for a local and small-scale wellness CBD industry. 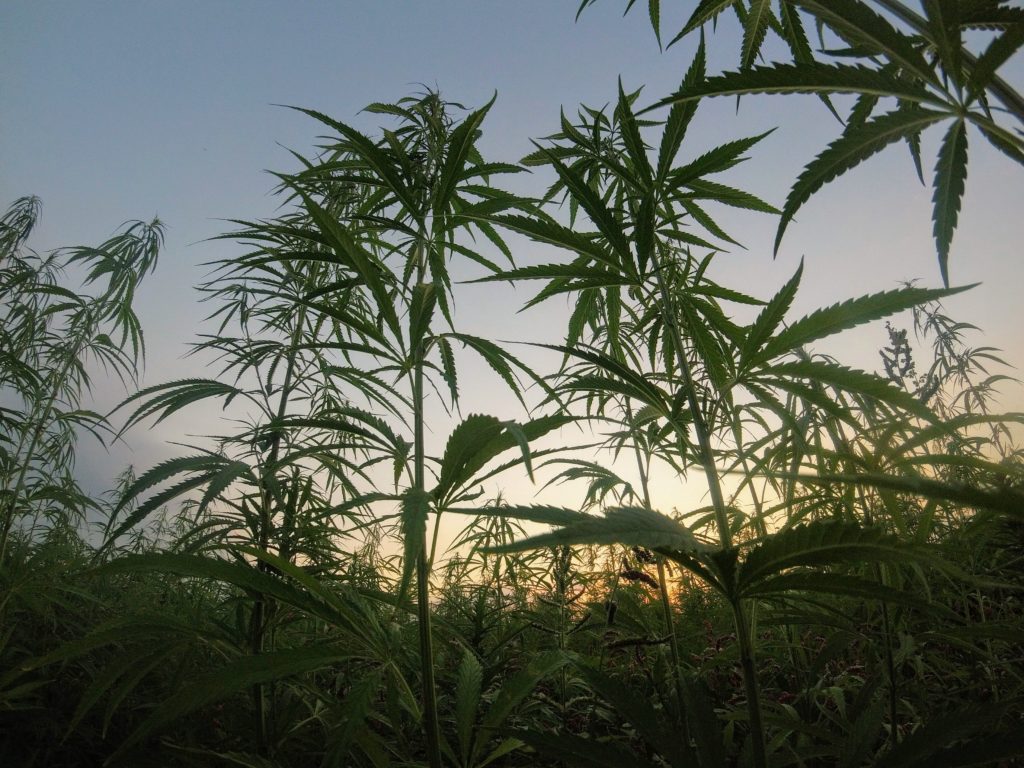 Cultivated in France by 1300 farmers, hemp will soon benefit from a new outlet: the production of CBD from French-grown hemp buds and flowers. Banned until now in France, the harvesting of hemp flowers will be authorized from 2022 onwards. However, some growers are extremely disappointed as this crop will have to be delivered to industrialists with whom they will be under contract. It will be impossible for them to sell their flowers directly or to small-scale producers.

Curious about the new laws in France for hemp production and sale? Want to learn more about where you can buy or sell hemp buds in France? Stay up to date with hemp news thanks to our Hemp.IM companion app!

A growing crop of French Hemp

Jouany Chatoux is an organic farmer with a mixed farming-livestock-methanisation system in Pigerolles (Creuse) who has been growing hemp (Cannabis sativa L.) on his farm for three years. He is one of 1300 hemp producers in France, the leading European country in this production, with nearly 1000 ha cultivated. Hemp cultivation has been steadily increasing for the past 30 years, but it is still far from the 176,000 ha it occupied in the middle of the 19th century.

Like all his French and European colleagues, Jouany Chatoux can only grow varieties that produce very little tetrahydrocannabinol or THC, a substance sought after by some consumers for its psychotropic effect. Like all his colleagues, he is also obliged to have full traceability of his crop and has a 30% chance of having his plants checked in August to prove that their THC content does not exceed the French regulatory 0.2%.

French Hemp: a question of itineraries and compounds

On the other hand, Jouany Chatoux’s technical itinerary, with only 1 plant per m2, differs from that of most hemp growers. The latter tend to use their plants for industrial purposes, producing on average 1 tonne of hemp seed and 7 tonnes of straw per hectare. The hemp seeds are used in human and animal food and in cosmetics; the straw is used to make bedding, biomaterials, or textiles.

Jouany Chatoux’s chosen itinerary aims to promote the concentration of cannabidiol (CBD) in the flowers. The farmer is one of the people who have taken up the ‘CBD challenge’ for a market that is flourishing worldwide, but whose production has until now been banned in France, in particular by the ban on harvesting hemp flowers.

There are several hundred producers like him who have taken up the challenge of CBD in small areas and who have somewhat “anticipated” the authorisation of this product and of hemp flowers, the part of the plant that contains the most CBD. Like other plant compounds (valerian, passionflower, etc.), CBD is said to have anxiolytic properties and promote sleep. It can be consumed in the form of oil, but also by smoking hemp flowers or by preparing herbal teas. This is what is known as the “well-being” use of cannabis.

CBD is neither narcotic nor harmful to health

“We’re not crooks,” insists Jouany Chatoux. This statement is backed up by international authorities since the WHO recognizes that CBD is not a narcotic and does not pose a public health problem. Legally speaking, these French producers have been strengthened by a decision of the European Court of Justice last November: it states that CBD oil is not a narcotic product, that it can be sold in shops (the CBD-shops that have been springing up all over the place in the last few months), and, in short, that France is wrong to ban the marketing of CBD derived from hemp.

France was therefore obliged to revise its decree of 22 August 1990, which governed the cultivation and marketing of hemp and prohibited any use of the flowers.

Hemp flower production will still be heavily restricted in France

The draft revision of the decree was notified to the European Union on 20 July. For Jouany Chatoux and his colleagues who wanted to sell their flowers directly or to local suppliers, however, it is a cold shower. The decree authorizes the production and marketing of products containing hemp extracts, including flowers and leaves, but prohibits the sale of raw flowers and leaves. In short, hemp farmers will be able to harvest their flowers, but only to sell them to industrialists with whom they have signed contracts. The draft decree prohibits any circulation of raw flowers, under the pretext that among them could be hidden flowers rich in THC. CBD shops are also penalized, as they will no longer be able to sell flowers (they used to sell them, but not from French producers).

“It’s a bit like winegrowers producing grapes without being able to turn them into wine, with the obligation to sell them to the trade,” says Jouany Chatoux, who sees in this draft decree a desire on the part of industrialists to preserve the current uses of hemp and possibly to corner the CBD market. He, who has long worked alongside the InterChanvre trade association, believes that it has not defended producers enough. “Today, things are tense with them.”

“The French state doesn’t want to bother” with hemp

Marc Vanpouille, an advisor to the Pays de la Loire Chamber of Agriculture, also finds the ban on direct marketing of hemp flowers “strange”. For a year now, this agronomist has been studying the feasibility of a regional “cannabis well-being” industry and has noticed that many people were interested: producers, anxious to diversify their crops or wishing to innovate, but also CBD sellers, who want to be supplied from local producers.

The Pays de la Loire Chamber of Agriculture has even launched microplot experiments, testing several hemp varieties and itineraries to determine which would be best suited for the production of CBD-rich products. The upcoming ban on the marketing of raw flowers therefore considerably limits the interest of a regional industry. “The state doesn’t want to bother,” he regrets.

Despite everything, hemp remains interesting for farmers. Marc Vanpouille praises, for example, its relevance in rotations to break the cycles of diseases, its high coverage, which dispenses with pesticides, and its rapid growth: in four months, the plants can reach 3.5 metres in height. “It is a crop comparable to maize,” says Jouany Chatoux, who also notes its positive effect on soil structure and the ease with which it can be grown organically.

Marc Vanpouille hopes that the authorisation of ‘industrial CBD’ will bring additional value to current hemp growers. This is already the case for Philippe Collin, a farmer in Breuvannes-en-Bassigny (Haute-Marne): he has been producing hemp fibre and seeds for five years, and has just won an additional contract with a Swiss operator (Switzerland has long authorised CBD) for 0.1 ha grown using a special itinerary.

A loss for French agriculture

For Jouany Chatoux, on the other hand, all the “added value of CBD” will be lost to farmers and even to the industry, because he believes that manufacturers only see CBD as a co-product. According to him, the “well-being model” he wanted to develop could generate €100,000/ha and five new jobs (study by a Swiss association), compared to €1,500 per ha and zero jobs for the “industrial model” planned from 2022.

Determined “not to let it happen”, and now appointed spokesman for the French Cannabinoid Producers Association, Jouany Chatoux acknowledges that he is in an arm-wrestling match with the State. He and his colleagues are fighting on various fronts, including varieties (some CBD-rich varieties are still not authorized in France), organic labeling, and the legitimacy of the profession.

“We are ten years behind other countries,” he says. In his fight, the farmer regrets not having the support of the agricultural unions, but he may be able to count on the thirty or so deputies who spent two years conducting a fact-finding mission on the various uses of cannabis

In their final report, they showed themselves to be entirely in favor of the development of a CBD wellness sector in France, with products that may or may not be processed. They were not heard at all.

First published in pleinchamp, a third-party contributor translated and adapted the article from the original. In case of discrepancy, the original will prevail.