In Ecuador, where hemp production is already underway, businesses are looking for new regions to cultivate the crop. High on the list is the Tungurahua province which, owing to its soil, sunlight and stable humidity, is the ideal location for hemp production. It is also an ideal strategic location, with road infrastructure in and out of the province already providing sufficient capacity. 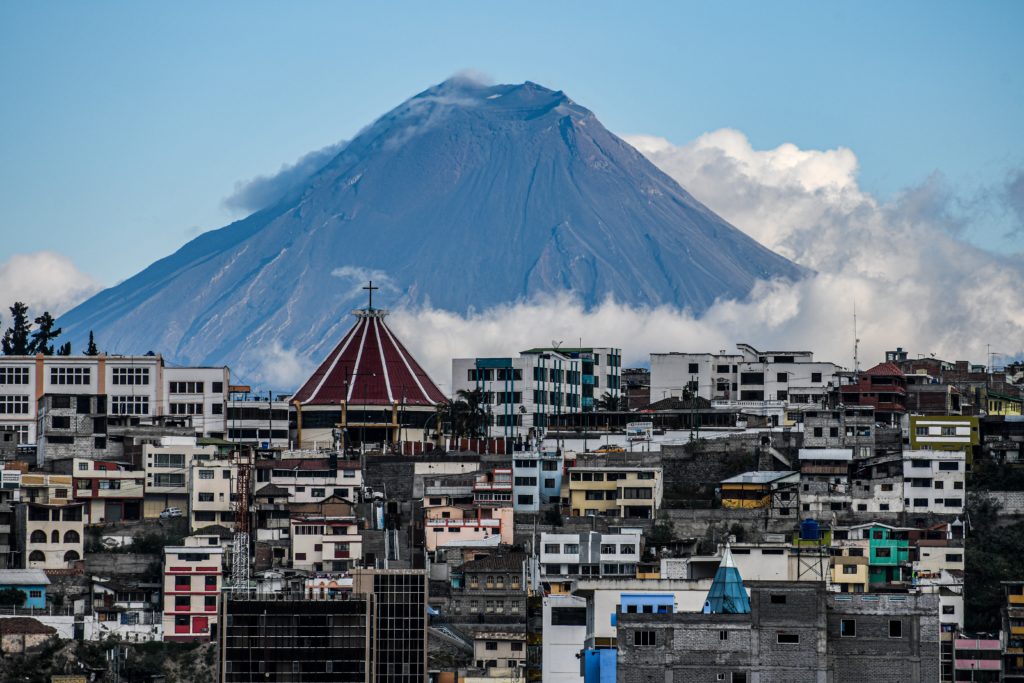 Hemp or industrial hemp is the name given to certain varieties of the cannabis plant, as well as the name of the fibers obtained from them in hemp production.

Because of its virtues, this plant has accompanied humans throughout the ages.

Currently, its cultivation and export are looking for a space within the Ecuadorian industry. There are already companies dedicated to hemp production in the country, and those who want to venture into this activity are exploring the most appropriate and best spaces for the crop.

The sunlight and soil type of the Ecuadorian Tungurahua province makes it the ideal place for the cultivation of cannabis hemp, according to the agronomist Santiago Gamboa.

For the technician, the soil of the central highlands of Ecuador and Tungurahua specifically is ideal for the regular temperature and humidity that hemp production requires. It is also unlike the coast and the east, where pests are a direct threat to this type of crop.

Gamboa says that the plant can adapt to any space with proper hemp production techniques. However, because of its climatic contribution, soils such as those of Patate and Las Viñas in Ambato, can produce cannabis hemp in an extraordinary way.

In addition, the location of Tungurahua is strategic for easy access to inputs, production, and marketing because the road connection with the rest of the provinces is optimal.

Finally, Gamboa affirms that the drip and sprinkler irrigation technique, as well as the channels available in the province, are the ally of a healthy crop, which would represent a hemp production gain.

Hemp and cannabis both come from Cannabis Sativa (scientific name). This is a plant that includes different varieties and strains. In Ecuador, there are already hemp production licenses allowing its cultivation on an industrial scale.

The collectives that promote the use of cannabis hemp are looking for a sustainable alternative for the planet’s ecology, noting that hemp is very useful at industrial and nutritional levels.

According to Farit Pinos, representative of the Cáñamo Industrial Ecuador collective, the specific regulation for the cultivation and processing of hemp or industrial cannabis, has food purposes and other uses such as fabric fibers that allow a sustainable economy.

Gabriel Oña, president of the Colectivo Psicoactivo de Ambato says that the stigmatization of the use of cannabis and its derivatives is a struggle still maintained by these groups, which also promotes self-cultivation to eliminate the social problems caused by micro-trafficking.

Oña assures that Tungurahua and the country have the potential to produce industrial and therapeutic cannabis, including the exportation of these seeds.

However, the struggle with a conservative society and the economic factor involved in cultivation are some of the limitations for those seeking to enter into the hemp production industry, so the support of authorities is suggested.

He affirms that there are people who grow their own plants, although they should not commercialize them. Instead, they are only for medicinal and therapeutic use. For industrial production, they need the support of the agricultural sector.

In October 2020, The Ministry of Agriculture and Livestock (MAG) issued the regulations for the production, marketing, and export of non-psychoactive cannabis and industrial hemp in Ecuador.

For this, seven types of licenses are issued that the producer must comply with. Licenses will only be issued to legal entities, cooperatives, associations or communes, universities, legally constituted or domiciled in Ecuador, as the case may be. Duly registered in the National Registry of Licensees and authorized by the National Agrarian Authority by means of the respective license.

To enter into hemp production for industrial use (textile, pale, fiber, etc.) there must be a minimum of five hectares of cultivation area.

For the cultivation of non-psychoactive cannabis or hemp (medicinal), the minimum extension of the cultivation area must be five hectares in open fields and two hectares in greenhouses, which may be cultivated gradually according to the agricultural production plan, previously approved by the MAG.

The cost of hemp production depends on the objective of planting. Up to US$100,000 could be needed for the initial production. This is because it requires adequate infrastructure for cultivation, adaptation of irrigation systems, licenses, incorporation of the company, technical advice, among other items.

According to MAG data, there are companies in Pichincha, Azuay and Imbabura, legally constituted for the production of this business.

Farmers, growers, and businessmen of Tungurahua are already receiving training to learn more about this type of industry.

First published in La Hora, a third-party contributor translated and adapted the article from the original. In case of discrepancy, the original will prevail.