Caught between prohibitionist federal policies and confusing state-level implementations, cannabis laws in the United States are in a real mess. A perfect example comes from Washington. Here, the possession of cannabis is completely legal, but commercial sales of it are not, leading to the rise of “gift shops” where customers can purchase stickers to get a free “gift” of cannabis. 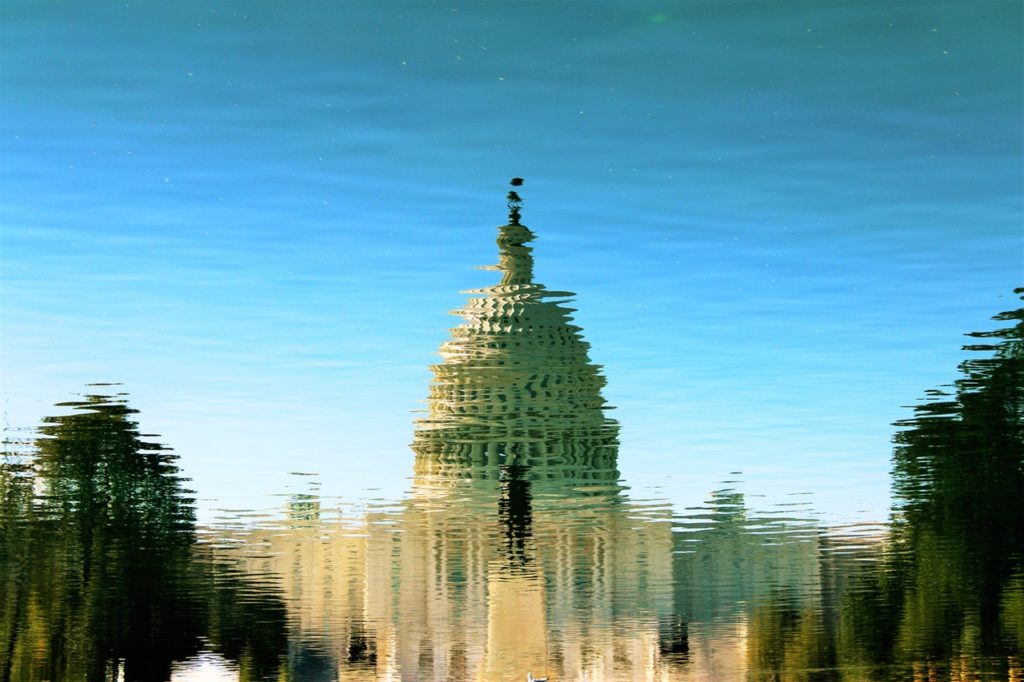 Buy a t-shirt, get a free “gift” of weed: this is how some stores in Washington operate, exploiting alleged loopholes in cannabis laws to get around a ban on the sale of cannabis in the US capital.

The situation is an example of the intricate legality surrounding cannabis laws in the United States, despite a trend toward normalization in recent years.

To keep up to date with the latest cannabis laws in the United States and around the world, download our free cannabis news app.

Despite Confusing Cannabis Laws, Business Is Great for Some

“Business is great!” says Forest “Ty” Hayward, 41, the proud co-owner of Sneaker Headz, one of several “gift shops” that have sprung up as a result of loopholes in cannabis laws.

Many of these establishments are owned by African-Americans, and they are seeing brisk trade in the wake of the adopted National Cannabis Day on April 20.

Hayward sees this work as “a breaking point for the black community,” which has historically suffered from a disproportionate application of harsh cannabis laws.

Cannabis Permitted in Washington for Private Use

Since 2014, Washington residents have been allowed to possess paraphernalia and two ounces of weed, give some to others, use it on private property, and grow up to six plants. But Congress, which controls the city budget, has banned their legal sale.

Instead, to get around cannabis laws prohibiting commercial sales, stores sell items like T-shirts and stickers, starting at about $30, with which customers also receive “gifts” in the form of weed buds or gummies.

Cannabis laws first banned the plant at the federal level in 1937, “largely for racial reasons, as well as to keep immigrant workers out or find ways to criminalize them,” said Morgan Fox, political director of the advocacy group.

The 1970s brought the “War on Drugs,” which additionally hit minorities disproportionately before the medical marijuana movement took root in the 1990s. In 2012 the first cannabis laws legalizing recreational cannabis for adults were introduced.

Today, 18 of 50 states in the United States, plus the capital Washington, have introduced cannabis laws legalizing the recreational use of cannabis, while 37 have regulations on medical cannabis.

But since the drug remains a nationally controlled substance, everyone involved is still technically breaking the law of the land.

What’s more, a future government unsympathetic to cannabis laws legalizing its use could go after businesses and consumers, even in states where the plant is legal.

Former President Donald Trump’s attorney general, Jeff Sessions, wanted to do it, but federal prosecutors ultimately decided his proposed cannabis laws were a waste of time.

Unfortunately, complicated situations can arise due to the current state of cannabis laws in the United States.

After Canada fully legalized cannabis in 2018, US Customs and Border Protection officials began issuing lifetime entry bans to Canadians who answered “yes” when questioned at checkpoints about whether they had ever used the drug.

This month, the same agency issued a warning to New Mexico residents that it would continue to go after offenders caught with the substance at highway checkpoints, even after the state legalized it.

Native American nations are also facing raids by the Bureau of Indian Affairs, despite living in supposedly self-governing territories free from the imposition of state and federal cannabis laws.

And in Washington, those caught smoking on federal land, including iconic monuments like the one dedicated to Lincoln, may have a run-in with federal agents who enforce federal cannabis laws.

That is why it is vital to pass cannabis laws at the national level.

Cannabis Laws Could Make Some Progress

The House of Representatives passed some cannabis laws, including this month, but they must be introduced in the Senate, where the Republican opposition would likely dismiss them.

Fox believes pigeonholing the issue in terms of states’ rights, personal freedoms and increased tax revenue is the best way to win over Republicans, and younger conservatives who will eventually replace their elders are more supportive of more relaxed cannabis laws.

For now, the community celebrates the progress they have made in reforming cannabis laws.

“I want to make a big deal out of it, just to remind everyone that we’re here to give back to the community, get high, and have a wonderful life,” said Kashous Solomon, 22, co-owner of Sneaker Headz.

First published by RFI, a third-party contributor translated and adapted the article from the original. In case of discrepancy, the original will prevail.