In the weeks since Juicy Fields investors started noticing they could not access their funds, the crypt-cannabis scam has unraveled fast. And while many details are still unclear and will likely remain so, we have managed to learn a lot since, including the potential for Russian Mafia involvement. Here we take a deep dive and expose the players and accomplices behind the scenes. 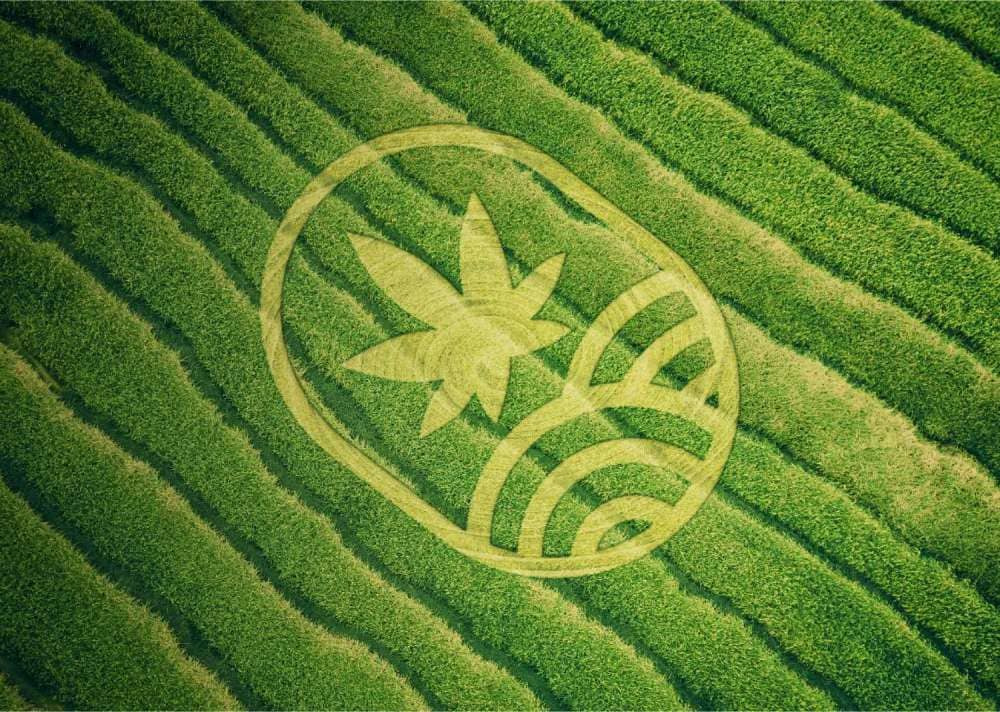 The fallout from the Juicy Fields bankruptcy continues to grow at breakneck speed since investors complained they could not access their funds in mid-July.

While there may never be a full explanation of what happened within the company and, more importantly, where investors’ funds are going, a clear picture of the scam’s scale and sophistication is beginning to emerge.

A lawyer specializing in this type of scam, who is in the process of mounting a class action suit for hundreds of Juicy Fields investors, believes that it is “by far the biggest scam in Europe for many, many years.” It bears all the hallmarks of the Russian mafia and could cause the loss of more than 700 million euros.

This rapidly changing picture, in addition to the scale of the scam, reveals a much broader framework of conspiracy on the part of key individuals, companies, and financial institutions that enabled it to take place.

Lars Olofsson, CEO of Swedish legal, investment, and business management firm PRIO Startup, told BusinessCann that since a client asked him about Juicy Fields three weeks ago, he spoke to more than 1,500 investors “in one form or another.”

Lars Olofsson’s company, the origin of a class action, has “specialized in this type of fraud” for more than ten years and is currently working on several similar cases, including the Plipp micropayment platform, the company telemarketing company Koncepta and weight-loss device vendor Victus Medical.

Last week, based on the number of investors in contact with him and the more than 500 bank transfers he had seen, Lars Olofsson estimated that around 30,000 people had lost money with Juicy Fields, investing on average between 10,000 and 12,000 euros.

A few days later, following a new influx of affected investors, this estimate was increased to 120,000 people worldwide, with most of the latest victims investing an average of 40,000 euros.

“It’s absolutely mind-blowing – and we’re hardened lawyers who’ve seen it all,” he said.

He pointed out that these numbers were based only on the evidence of bank transfers he had seen. He did not account for the thousands of investors who also lost bitcoins, adding that “the average investor in crypto has (invested) twice as much as cash payments.”

Combining them, he estimates that investors are likely to have lost more than €700 million in investments, adding that it was “no less than €500 million”.

While the scale of the losses may come as a surprise, Lars Olofsson says the fact that Juicy Fields turned out to be a scam is no surprise.

“When I look at the business model, the seeds, the cultivation and the sale of these plants to the pharmaceutical industry, it doesn’t fit – the equation doesn’t fit. And then when I look further into the edit, there are all the marks of the design being a scam”.

All the Distinctive Signs of the Russian Mafia

More precisely, Lars Olofsson affirms that, from his point of view, this affair is “100%” the work of the Russian mafia. It bears all its marks.

First, a common theme in Russian mafia scams is the sudden disappearance of business, including websites, phone lines, email addresses, and social media accounts, which are well documented in the spinoff from Juicy Field.

However, and crucially, they “leave behind people who are still communicating on different social media platforms,” informing investors that there have been temporary problems or technical difficulties and that their money will soon be returned to them.”

“They try to make people believe that they haven’t been scammed, that there are still people who respond and say reassuring things. This is one of the sophistications of the scam”.

The company’s communication reaffirms that the allegation that Juicy Fields is a Ponzi scheme “couldn’t be further from the truth” and that the fallout is the work of a dishonest actor, Friederich Graf von Luxburg.

Lars Olofsson says this statement, released on July 28, is almost a “copy-paste of announcements made in two other cases we have handled.”

These ongoing messages also serve to sow the seeds of “reasonable doubt” among prosecutors that there was “good intention, but someone swindled” the investors.

Another critical indicator of Russian mafia involvement is Juicy Fields’ link to Cyprus. According to an interview for the Spanish online newspaper elDiario.es in May this year, the company had a bank account.

Cyprus is said to be the “preferred offshore country in Europe” for investment by the mafia and Russian oligarchs, as explained in a BBC report published earlier this year, which dubbed the island the “Moscow of the Mediterranean.”

However, according to Lars Olofsson, it is unlikely that these three people were more than lieutenants in the system, and had little to do with the design of the operation.

Who Are the Juicy Fields Accomplices?

The class action, which is still in the research stage, will seek to hold those complicit in the fraud to account rather than to recover the lost money that was paid into the Cypriot bank account.

“That money is gone. It is more or less impossible to know where it ended up and how it was distributed,” explained Lars Olofsson, adding that it is rare that the real perpetrators of such sophisticated scams are arrested, tried, and put behind bars.

Instead, it takes aim at “enablers,” the people, companies, and institutions that have helped Juicy Fields “directly or indirectly, people who have simply turned their backs and looked away.”

“I want to describe the environment in which this kind of scam and this kind of editing can operate. There are people and companies who should have reacted and said that it is not good.”

“I can’t list them yet. But I would say I would be surprised if there were more than 20 different types of people in key positions, companies, and so on. My ambition is to show how this scam could actually be carried out because there are so many people involved directly or indirectly.”

Although many key people, including the two former CEOs Alan Glanse and Willie van der Merwe, have issued statements claiming their innocence or general ignorance of what is really going on at Juicy Fields, Lars Olofsson believes that anyone “working for or representing” the company must have known it was a fraudulent business.

BusinessCann has contacted several organizations with which Juicy Fields claims to be associated or with which it has signed sponsorship agreements.

While many companies listed on the Juicy Fields website have released statements distancing themselves from the company, including Canna Healing and Sabores Púrpura, only Kannabyte has responded to this request for comment as of this writing.

A company spokesperson says Kannabyte “had a business relationship with Juicy Fields,” where it paid upfront to grow 500 medical cannabis plants and then found a buyer who could legally buy the flower in Colombia.

“Simply put, Juicy Fields essentially acted as a broker,” they added, clarifying that they did not own any stake in Juicy Fields and vice versa.

When asked if the company had reason to suspect Juicy Fields of being fraudulent, Kannabyte replied that its due diligence checks for money laundering and know-your-customer matters showed no red flags.

More importantly, she cites “several credible cannabis conferences around the world,” including ICBC, Mary Jane Berlin Expo, Kannasur, PTMC, and many others, which have counted Juicy Fields among their sponsors. Supposedly, this is sufficient reason not to “doubt their credibility.”

“Kannabyte has suffered economically from the Juicy Fields fallout. We have outstanding invoices with Juicy Fields that have not been paid and are likely to remain unpaid now.”

“Furthermore, the events occurring at Juicy Fields have required an enormous amount of time and resources from Kannabyte management as we try to figure out what exactly happened and what are the next legal steps to take against Juicy Fields.”

While Lars Olofsson says he aims to hold accountable anyone who has “turned his head and been complacent,” his immediate target will be the banks.

He said: “Banks are the main enabler of this scam. There are also many other facilitators, whether individuals or businesses. But my first target, the easiest fruit to pick from my point of view as a lawyer, is undoubtedly the banks.”

He is convinced that the security infrastructure used by international financial institutions to detect suspicious activity should have flagged Juicy Fields and prevented many of these transactions from taking place.

As the majority of transactions with Juicy Fields took place across borders, three banks were involved in each transaction: the sending bank, the transferring bank, and the receiving bank.

According to Lars Olofsson, these banks have a system for “the supervision and evaluation of these payments,” which uses complex and sophisticated algorithms designed to flag any suspicious activity.

As soon as suspicious activity is detected, these banks must file a Suspicious Activity Report (SAR) with their local government financial conduct authority. An average bank will deposit hundreds of thousands every year, which gives an idea of ​​the sophistication of this system.

Based on the documents he has access to, Lars Olofsson estimates that around 95% of Juicy Fields’ transactions went through this system but that “no more than maybe 2%” should have been approved.

“In my experience, and I specialize in international regulations and compliance, 98% or 99% of all transactions should have been picked up by this security system.”

“That’s why I need as much data as possible from all investors. I’m trying to find a specific transaction, and then I’ll track that transaction in the system, see if it came up as suspicious activity, and investigate why a SARS report wasn’t created.”