When French President Emanuel Macron was campaigning during the 2016 election race, he maintained an ambivalent stance towards cannabis legalization. However, since taking office, his attitude has hardened considerably, and he’s now clearly opposed to any softening whatsoever. Nonetheless, he’s still keen to have a serious national debate on the matter of cannabis legalization. 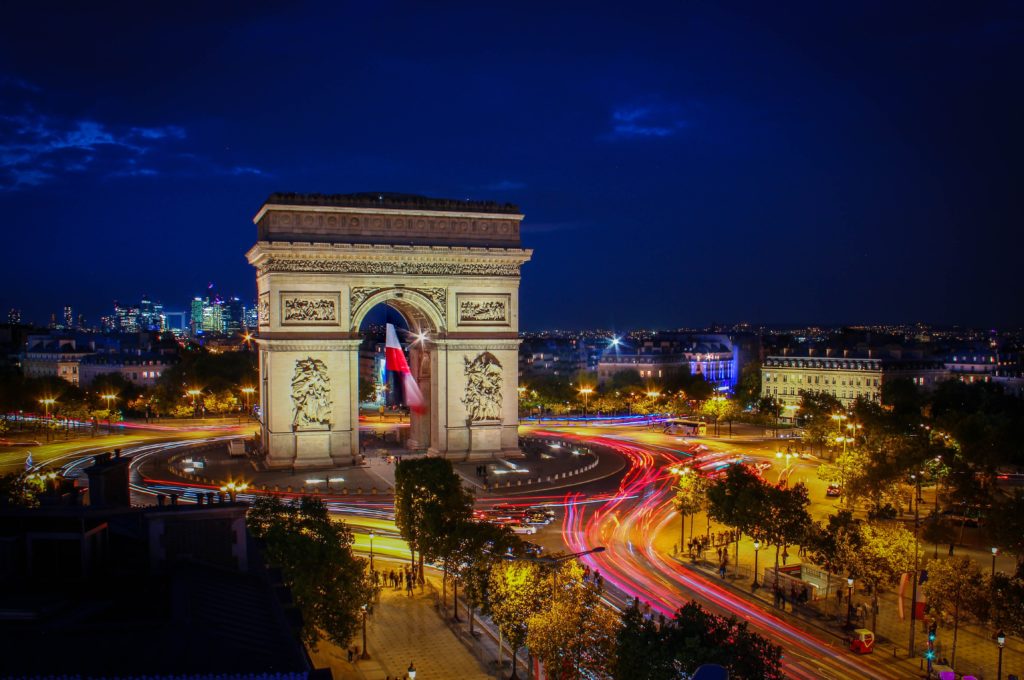 French President Emanuel Macron wants “blue” to fight against green. In the midst of a regal offensive—between a trip to Montpellier on the theme of everyday security, and a lengthy interview with Le Figaro—almost entirely devoted to the feelings of insecurity and related issues, Emmanuel Macron is reawakening political discussions around cannabis.

While hammering home his desire to “give no respite to drug traffickers” in order to “reduce delinquency,” the President of the Republic explained to the daily newspapers that he wanted to launch “a major national debate on drug use and its deleterious effects.”

For him, one thing is now certain: “To say that cannabis is innocent is more than a lie: on the cognitive level, the effects are disastrous,” he recalls by evoking, in particular, the risks of deschooling in “young people.”

When Macron praised the merits of cannabis decriminalization

However, before developing this hard line of zero tolerance, the President of the Republic maintained for a long time the vagueness of his position on this sensitive debate.

Emmanuel Macron as a candidate was indeed much less categorical. In September 2016, a few days after his departure from the government—and while he was not officially in the race for the presidency—he mentioned on national radio “the effectiveness” that legalization could have on cannabis consumption and trafficking, before pleading more clearly, in November, in his book Revolution, for decriminalization. “It is necessary to listen to the professionals [who explain that] it is useless to penalize systematically the consumption of cannabis”, he said, advancing the thesis of a fine for small quantities.

The first reversal dates from February 2017. In an interview with Le Figaro, Emmanuel Macron finally came out in favor of zero tolerance, explaining that “the decriminalization of ‘small doses'” or “symbolic penalties (…) solve nothing.” His campaign team then explained that the candidate was in favor of “contraventionalization.” Clearly, a systematic ticket for the consumers, excluding de facto the legal proceedings and thus the penalization.

Macron changes stance on cannabis to hard no

Once in charge, Emmanuel Macron had definitively decided, in favor of the experimentation of the fixed fine. With this device, the cannabis consumer is necessarily sentenced to pay a fine immediately (which aims to decongest the courts and acts the prohibition), but the forces of law and order still have the possibility to initiate criminal proceedings against offenders.

However, since Gérald Darmanin became Minister of the Interior, the executive plays the card of total intransigence. The tenant of Place Beauvau hammered, for example, “drugs is shit” in September 2020 on LCI, calling the legalization of cannabis as “intellectual cowardice.” Two months earlier, in July 2020, Jean Castex had announced, from Nice, the generalization of the fixed fine, in a context of increasing violence.

Now, Emmanuel Macron assumes to make the fight against trafficking and drug use the cornerstone of his strategy to ensure “a right to a peaceful life,” in his words. “We have decided to step up our action against drug trafficking, which is exploding. Christophe Castaner and Laurent Nuñez launched this work, but Gerald Darmanin, who has declined it throughout the national territory, “argues the head of state in his interview with Le Figaro, published Sunday.

For him, “this traffic form the economic matrix of violence in our country. Eradicating them, by all means, has become the mother of all battles, since drugs feed certain separatist networks but also everyday delinquency, including in small towns spared so far.”

“Not to give any respite to the drug traffickers, it is to make decrease the delinquency everywhere”, still hammers the head of the State, going so far as to point out the role of the consumers of cannabis: “we roll a joint in his living room and in the end we feed the most important of the sources of insecurity”.

It is far from the liberal thesis developed in the summer of 2016. But if it illustrates, no doubt, a form of more global right-wing on the part of Emmanuel Macron since the beginning of his quinquennium, this position could finally prove to be against the tide.

The debate on legalization is no longer the monopoly of environmentalists or left-wing groups. It is making headway on the right. In a tribune published by the JDD in September 2020, three mayors Les Républicains (Châteauroux, Reims, Charleville-Mézières) called to legalize the consumption of cannabis, in the name of “security and public health.” But also in the population. Last March, 80% of French people who participated in a survey conducted by several LREM deputies, said they were in favor of this opening.