Hemp has multiple uses, from the consumption of its grains, that serve to lower cholesterol, to the use of its stem in the production of textile fibers. Aware of the countless benefits of the plant, a group of professionals, students and activists formed Proyecto Cáñamo, the first civil association dedicated to providing education on hemp to be legally recognized in Argentina . 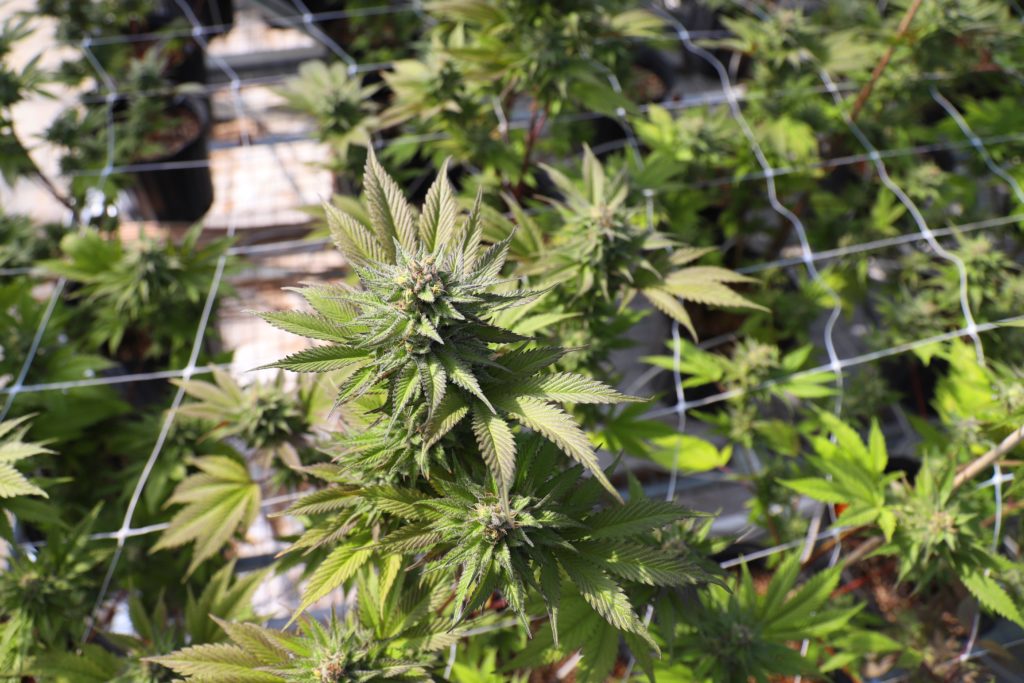 Hemp has many uses, from the consumption of its grains, that serve to lower cholesterol, to the industrial uses for its stem, like making textiles. Aware of the countless benefits of the plant, a group of professionals, students, and activists formed Proyecto Cáñamo.

Their purpose is to provide education about the different industrial uses of the cannabis plant through workshops and talks. “After more than three years of work, we achieved the legal establishment of the civil association,” explains the project’s secretary, Germán Pereira.

Proyecto Cáñamo is the first civil association dedicated to hemp education that is legally recognized in Argentina. The importance of obtaining legal status is that it is an official recognition of their activity and gives them access to more tools, allowing them to work professionally and with guarantees. In turn, they will be able to make alliances with other associations and add partners.

The non-profit association also seeks to work with universities to advance an experimental crop.

This is a favorable scenario after the state took a key step: the regulation of cannabis cultivation for therapeutic purposes. This is a scenario that opens up the possibility to discuss not only a comprehensive regulation that contemplates all uses of the plant, but also its enormous productive possibilities.

In addition to informing and achieving legal recognition, Proyecto Cáñamo worked on two bills that were presented weeks ago in the Chamber of Deputies and the Senate to regulate industrial hemp cultivation.

One was presented by Congresswoman Mara Brawer and the other by Senator Alfredo Luenzo. The proposals also seek to clarify the confusion surrounding cannabis.

The challenge of Proyecto Cáñamo is to establish a key difference: hemp is a subspecies of cannabis with a very low THC content; the “confiscated molecule” by local and international laws. Its prohibition, which benefited the development of industries such as the plastics industry, is also part of that confusion.

While Proyecto Cáñamoo is part of the broader cannabis movement, making that distinction is central to its work. “As an association we constantly highlight this point,” says Pereira.

Hemp serves as a sustainable alternative as a rotation crop as it is high yielding and capable of producing “zero kilometer” products: i.e. products that can be generated and consumed locally. At the same time, it encourages small producers, industrialists and entrepreneurs, to incorporate them into the agro-ecological corridor as a healthy option.

“There is a very deep ignorance about the plant’s industrial production,” says Pereira. And he explains the reasons for this ignorance: “On the one hand, it is a product of the ban, and on the other, it is because there is not (or was not) a political will to revive the uses of hemp.

The role of legislators is fundamental, given that they promote (or do not promote) the empowerment of cannabis use. “The political authorities noticed the industrial possibilities of the plant, in part, thanks to the fight against medical cannabis, which opened the debate and made this great use of the plant visible,” he explains.

“Political authorities noticed the industrial possibilities of the plant, partly thanks to the fight against medical cannabis,“ says Proyecto Hemp

For Pereira, the new medical regulations leave open “the possibility and need to continue expanding access to cannabis in this case, agro-industrial and healthy, both economically and ecologically for the entire country.

The use of hemp could be one more tool to combat climate change: it is a crop that does not use agro-toxins and that revitalizes the soil. It could also be part of the urgent strategy to confront the lack of food and housing. Hemp allows economic production of both food of high nutritional value, and basic inputs for sustainable construction: hempcrete, made from branches and stems, is already used in the construction of houses.

And hemp is also the key to the textile industry. In fact, in Argentina, there are already brands that have bet again on one of the most resistant fibers. “Argentina can begin to cultivate and use this plant, so a new productive wheel will be activated and we could become a hemp power in the region,” they say.

“Manufacturing in Argentina is totally possible. That is why it is imperative to provide a regulatory framework for industrial hemp in order to study the plant’s climate,” says Pereira. “As a country, we can begin to cultivate and use this plant, and that will activate a new production wheel and we could become a hemp powerhouse in the region,” he reflects.

The world is increasingly betting on industrial hemp crops. In Uruguay, the hemp market accounts for a quarter of all citrus exports, the most important agricultural sector of the neighboring country. In 2018 the eastern country had 400 hectares planted, today there are 1,300.

In Uruguay the hemp market accounts for a quarter of exports of citrus fruits, the most important agricultural sector of the neighboring country.

On the other hand, the trade war between China and the United States has its own chapter with hemp. According to a report by the United Nations Food and Agriculture Organisation, world hemp production was led by the Asian country with a total of 46,800 tonnes per year.

France follows with 44,425 tonnes per year. In fact, Europe is the region that during the last decade more bets on hemp fuel with companies like Qairos Energies or ValHemp.

However, in the battle to prove the highest numbers, a survey conducted by the Brightfield Group consulting firm details that the United States would be in the lead by far: with some 116,000 hectares of cultivation.

For the same consulting firm, China would have been in second place with a total of 100,000 hectares.

For the members of Proyecto Cáñamo the future of hemp in the country and the rest of the region is positive. “Argentina has a rich history of hemp, professionals from many disciplines and territories,” explains Pereira. “In addition, several Latin American countries – Uruguay, Chile, Colombia, Ecuador, and Paraguay – have “open policies and regulation towards the hemp plant.”

“The key is to continue to insist on the authorities, as well as to disseminate information to empower various actors in society – producers, students, entrepreneurs, small manufacturers, organizations and cooperatives, among others,” he says.

The sugarcane industry would achieve another type of economic and production promotion. The possibilities offered by the cultivation of the plant are not infinite, but they are much broader than one might imagine. It’s just a matter of setting aside prejudices.

First published in Revista THC, a third-party contributor translated and adapted the article from the original. In case of discrepancy, the original will prevail.