The latest data shows Spain issues a disproportionate number of sanctions for cannabis use and possession compared to other European countries. In fact, its contribution to criminalizing cannabis is so outsized that it accounts for four out of ten cannabis penalties in the EU, despite the fact it is not the leading country for cannabis use. Some accuse the government of imposing a “disguised tax.” 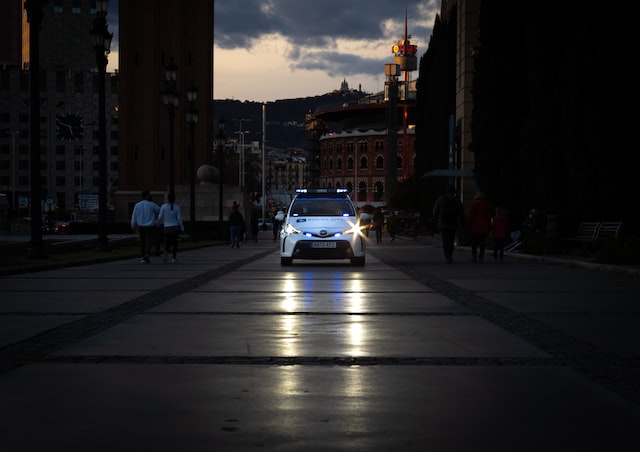 Spain is the European Country where cannabis use is most heavily sanctioned, even though it only ranks third in consumption, according to data from the 2022 report of the European Monitoring Centre for Drugs and Drug Addiction (EMCDDA).

Four in Ten European Cannabis Sanctions Are in Spain

The difference is so significant that 43% of all European cannabis offenses come from Spain. And the Citizen Security Law, better known as the Gag Law, has much to do with it.

The 2020 EMCDDA statistics, which include data provided by each country, are devastating. In that year, 258,379 interventions for the use or possession of cannabis were registered in Spain, 69,926 more than in second-placed Germany, five times more than in Turkey, and almost eight times more than in fourth-placed Belgium.

In other words, four out of every ten sanctions that were imposed in Europe were issued in Spain, with the other 17 countries issuing the balance of the total 600,802 penalties reported to the European Monitoring Centre for Drugs and Drug Addiction.

The effects of Covid-19 can also be seen in the number of interventions against cannabis use throughout Europe. In 2020, when the pandemic began, cannabis penalties dropped by 12% compared to the previous year. In 2019, Spain notified the EMCDDA of 318,326 sanctions for the possession or use of cannabis, a figure that represented 46% of the administrative or criminal sanctions imposed in the European Union.

Spain heads the European leaderboard for cannabis use or possession sanctions. However, it is not the European country where the most cannabis is consumed.

In 2020, Statista data showed that the Czech Republic and France are the top two countries for cannabis consumption, with an index of around 11% of the population in the last year. Following are Spain, with 10.5, Croatia and Italy, with 10.2, and the Netherlands, with 10.1.

The Czech Republic, however, only reported 4,195 interventions against the illegal use of cannabis that year, a number 62 times lower than the sanctions imposed in Spain, while France did not provide data to the EMCDDA. For its part, Croatia reported 4,810 interventions and Italy, 24,785.

Each of these countries already has a program to regulate the medicinal use of cannabis, which Spain still lacks. However, the Spanish Congress has approved a medical cannabis program to launch before the end of this year.

Behind the high number of sanctions imposed in Spain, there is a law that has drug use as its most significant source of revenue: Law 4/2015 on the Protection of Citizen Security, popularly known as the Gag Law, which establishes fines of between 601 and 30,000 euros for possession or consumption of drugs in public places, since they are considered a serious offense.

In 2020, the last year for which the Ministry of the Interior has published data in its statistical yearbooks, the collection of these fines reached €62.5 million. In 2019, a year before the pandemic’s start, drug penalties amounted to €115.7 million, and in 2018, to €116.7 million.

According to these figures, around 70% of all the fines imposed by application of the Gag Law have their origin in the consumption of drugs in public spaces, especially cannabis, which is the most consumed substance in Spain.

Cannabis user organizations have denounced on numerous occasions the persecution that, in their opinion, consumers suffer with the Gag Law and have demanded its repeal. As a result, the government groups PSOE and United We Can (UP) presented some amendments to the law. Still, the parliamentary procedures for its repeal or partial modification continue to be delayed due to discrepancies in different aspects of the law.

The socialist group has initially proposed reducing the offense for possession of drugs in public places from serious to minor, which would mean considerably decreasing fines, leaving them between a minimum of 100 euros and a maximum of 600.

For its part, UP has proposed that the sanction should only apply to drugs that cause serious damage to health. This proposal would leave out substances such as cannabis. In addition, UP asks that the sanction be withdrawn from those who prove rehabilitation treatment, especially minors, as recognized in the previous Citizen Security Law.

The Spanish Confederation of Cannabis Federations (CONFAC), is one of more than one hundred organizations that are part of the platform We Are Not a Crime, from which the repeal of the Gag Law is demanded.

CONFAC spokesperson, Ana Afuera, maintains that sanctions on cannabis users have become a kind of “disguised tax” in a country like Spain, where the step of not penalizing consumption was taken, but it has remained an administrative offense without having regulated the use. “Instead of regulating and charging taxes for an activity or whatever it touches, they have dedicated themselves to imposing fines on users, who are the ones who end up paying the price,” she explains.

According to Afuera, few European countries use, like Spain, the administrative route to penalize the consumption or possession of drugs in public spaces without the need to open a judicial procedure. Instead, the majority have chosen to take these offenses to the criminal sphere, which would also explain, in part, the high number of fines imposed in Spain.

In the opinion of the CONFAC, the progress of negotiations between political groups for law reform suggests that sanctions for consumption on public roads will not be abolished. However, there is some hope for fines issued for possessing home-grown cannabis plants for personal consumption.

It remains to be determined how the regulation of medicinal cannabis will affect the application of the Gag Law. However, according to patient organizations, between 200,000 and half a million people in Spain already use cannabis as a medicine to treat various ailments and diseases, including chronic pain, multiple sclerosis, fibromyalgia, and cancer. And all of these people can currently be sanctioned if they violate any of the precepts of the Citizen Security Protection Law.

First published by Público, a third-party contributor translated and adapted the article from the original. In case of discrepancy, the original will prevail.