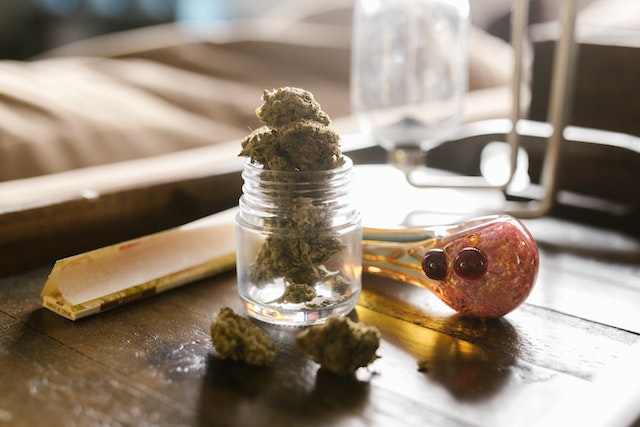 The legalization of cannabis is once again entering the French public debate. Thirty-one members of the Socialist group in the Senate, including their president Patrick Kanner, are pleading to legalize cannabis. They have announced a consultation with a view to tabling a bill in the face of a situation they deem “untenable” in an open letter published in Le Monde.

A report by the National Assembly published in May 2021 estimated that nearly 18 million French people had already consumed cannabis and that 1.5 million consume it regularly.

“Whether we like it or not, this is a social issue which the public authorities must take up,” judge the 31 signatories of the forum initiated by Senator Gilbert-Luc Devinaz and signed by the former Minister Laurence Rossignol.

To Act “More Effectively” Against Trafficking

“Without minimizing the health impact of cannabis consumption, we believe, like existing public policies for tobacco and alcohol or even gambling, that legalization will provide the means to act more effectively to further protect our fellow citizens and especially our youth,” they write.

They see many benefits in cannabis legalization, such as “controlling the sanitary quality of the products consumed, significantly curbing traffic for the benefit of the disaster areas, developing large-scale prevention plans financed by the taxation of products, and the redeployment of law enforcement resources.”

In their view, “eventually, new tax revenues should be drawn from the cannabis trade and from the savings made in the area of ​​justice and the police,” which would make it possible to mobilize “significant resources both for prevention and for the rehabilitation and economic development.”

They announce “to begin a broad consultation process to file a bill in the coming months to respond to this issue,” concluding: “Public opinion is ready, the legislator must act.”

At the start of 2019, nearly one in two French people (45%) said they were in favor of legalization, according to a survey by the French Observatory for Drugs and Drug Addiction (OFDT).

Faced with a very divided opinion and a taboo that has jumped internationally – Uruguay, Canada, and about fifteen American states authorize the recreational use of cannabis – the political class is wondering, all parties combined.

Some right-wing mayors have said they are in favor of legalization, such as Arnaud Robinet in Reims or Boris Ravignon in Charleville-Mézières. The executive remains reluctant: the Minister of the Interior, Gérald Darmanin, is fiercely opposed to it and has made the fight against trafficking with the support of Emmanuel Macron a priority for his term.

First published by Le Point, a third-party contributor translated and adapted the article from the original. In case of discrepancy, the original will prevail.