For many years, Thailand waged a harsh war on drugs that saw the relatively innocent use of cannabis demonized in a campaign of fear. That era has now ended, and all forms of cannabis, from recreational to medical, are now legal in the country. The move has seen widespread support from Thai citizens, who are now celebrating the move by opening new businesses and creating new cannabis-based dishes. 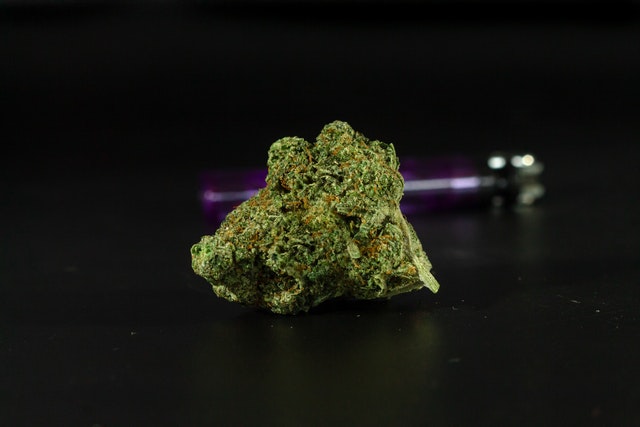 Twenty-one years ago, I had one of the most remarkable experiences of my journalism career covering the war on drugs. I received an invitation to watch and film the execution of five prisoners by firing squad at Bangkwan Prison in Bangkok. Four of these prisoners were convicted of drug trafficking

The look on the faces of these men as they made their way to the execution pavilion – with the rattle of chains on their legs – is something I will never forget.

It was part of Prime Minister Thaksin Shinawatra’s “war on drugs,” which led to the deaths of hundreds of suspected drug traffickers.

Once Popular, the War on Drugs Has Proved Abusive and Pointless

Thaksin’s war on drugs campaign was popular. Thais were concerned about the harmful effects of drugs like methamphetamine on their communities – and were willing to ignore the shocking human rights abuses that accompanied the violent crackdown.

Other countries in the region followed the same punitive approach, including the Philippines, after President Rodrigo Duterte took office in 2016. Singapore and Malaysia have applied the death penalty for drug trafficking for decades. Tourists arriving in Southeast Asia are warned of the severe penalties they face if caught with even small amounts of cannabis.

Hard to Believe Given Thailand’s Previous War on Drugs

Considering the history of the war on drugs, it’s hard to believe that what we’ve seen over the past few weeks is happening in Thailand.

Cafes and stalls openly sell cannabis products and display potted flower pots. Public Health Minister Anutin Charnvirakul – architect of the new law – was seen tasting a typical dish with a cannabis-based spice and being cheered on by farmers who hope it will bring them a new source of income.

At the same event, an elderly Thai women had fun tasting cannabis drinks and queuing to get one of the millions of free cannabis plants the government is giving away.

The new law appears to give Thailand what is perhaps the most liberal approach to cannabis in the world. People can grow and consume as many plants as they want, although there are limits to the marketing of the product.

“One thing is clear. You can no longer be arrested in Thailand just for using cannabis,” says Tom Kruesopon, a pioneering entrepreneur who helped persuade the government to change its approach. “You can go to jail for doing other things like smoking in public, rioting, or growing and selling a cannabis product without Food and Drugs Board approval. But Thailand is the first country in the world where you cannot go to jail for growing or consuming the plant.”

“It’s like a dream for us. We never thought we would get this far in Thailand,” says Rattapon Sanrak, who started campaigning for the legalization of cannabis after discovering its medical benefits while studying in the USA.

Two grandparents, his father, and his mother, died of cancer. Returning from the United States to care for his mother, he tried unsuccessfully to convince her to use cannabis products to relieve her pain and could not access substances considered illegal at the time.

Explaining the Dramatic Abandonment of the War on Drugs

What explains this dramatic reversal of drug policy in a country ruled by the conservative army?

Part of the reason is partisan politics. Anutin made cannabis legalization his party’s top policy in the 2019 election. The party’s largest constituency is in Thailand’s impoverished rural northeast, and the new drug policy has drawn farmers who make a difficult living from growing rice and sugar. They need a new type of cropping.

Anutin gave a speech earlier this month at his political base in the Buriram region in which he spoke about the new law and said he had delivered on his promises. He believes in the medical benefits of legalization, allowing poorer Thais to develop their own treatments rather than having to pay for expensive chemicals.

The evolution of drug policy is also linked to the business world. Kruesopon estimates that the cannabis trade will generate $10 billion in its first three years, not including cannabis tourism, where people come to Thailand specifically for therapies and treatments using cannabis extracts.

Kruesopon has opened the first clinic in Bangkok that focuses exclusively on this type of treatment. Some of Thailand’s most prominent companies are already seeking ways to profit from the cannabis economy.

By liberalizing the law so quickly and completely, the government hopes to get ahead of its neighboring countries, many of which are still hesitant to follow Thailand’s path.

There is a third factor behind the new cannabis policy: there has been a reflection on the radical approach to drug use, which began seven years ago when a military junta ruled Thailand.

The country has some of the most overcrowded prisons in the world, and three-quarters of inmates are held for drug-related offenses, many of which are considered minor. This not only drew international criticism of the poor conditions in which prisoners live, but it also cost the government money.

In 2016, a military justice minister, General Paiboon Kumchaya, announced that the war on drugs had failed and that another, less punitive method of tackling drug abuse was needed.

When Anutin presented his cannabis policy, with all of its tantalizing economic benefits, he thought there was plenty to talk about – although he said he still needed a lot of work to go from there. ‘before. Another consequence of the change in the law is that more than 4,000 people accused of cannabis are released from prison.

The government was unprepared for the enthusiastic support its drug policy has received across Thailand since the new law was passed.

The plant is now appearing everywhere: in ice cream, adorning classic Thai dishes, and in new smoothie recipes. There is even a sale of meat from chickens that have been fed cannabis. In addition, the new law legalizes virtually everything related to cannabis.

The government is drafting additional regulations on its use. Officially, their position is that the law only allows the use of cannabis for medical and not recreational purposes, but it is unclear how the authorities will make this distinction.

“We all know from studying other markets that real money is used for recreational purposes,” says Chidchanok Chitchob, who calls himself a cannabis enthusiast. His father, an influential political figure from Buriram, was among the first to jump on the Thai cannabis bandwagon. “I think it’s a good step in that direction, if we really think of it as a good product for the economy.”

She is experimenting with different varieties of plants to help local farmers grow the right types for their region.

Kruesopon says he sees no problem with more regulation. He advocates selling cannabis only from licensed sellers, with a prescription, and never to anyone under 18.

“You don’t have to overthink these things. What already applies to cigarettes can be used for cannabis. There are already laws to help control cigarette and alcohol consumption – so use the same laws.”

This is an unusual and bold step by the Thai government towards a brave new world. The rest of the region is watching to see if legalization bears fruit.

First published by BBC News | Afrique, a third-party contributor translated and adapted the article from the original. In case of discrepancy, the original will prevail.