While the Thai cannabis industry is full of hope and promise for many, small producers are fearing new laws might only favor large businesses. For now, however, a legal vacuum exists in Thailand leaving much uncertainty. While cannabis has been decriminalized, the final laws regulating the industry are yet to be declared. For now, industry and consumers alike are making the most of it. 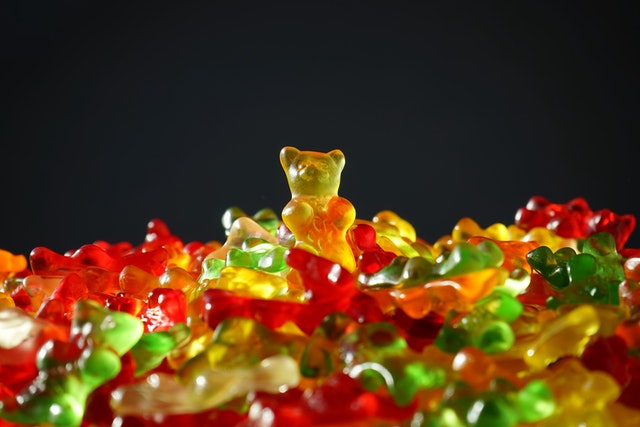 Since the decriminalization of cannabis in Thailand, many in the Thai cannabis industry are embarking on this new El Dorado. In theory, it should bring in billions of dollars in revenue.

To follow the developments in the Thai cannabis industry, along with other cannabis news from around the world, download our free hemp news app.

For three years, Lek secretly cultivated her cannabis plants in rural northeast Thailand, still fearing arrest by authorities with harsh drug penalties, despite promises of a gradual easing of the law.

On June 9, cannabis was effectively decriminalized, and Lek finally emerged from the underground scene to become a legitimate grower in the now-legal Thai cannabis industry — Thailand’s hottest market.

“We’re in a ‘vacuum period,’ so everyone can pretty much do anything right now,” said Lek 34, as she prunes her 100 plants in Korat.

The rural northeast region where Lek is based is the gateway to Isaan, a land of rice and sugar farmers facing falling commodity prices and desperate for a new cash crop. The now-emerging Thai cannabis industry presents a real alternative for them

Thailand is the first country in Southeast Asia to take such liberalizing steps, recognizing the medicinal – and economic – benefits the plant can bring.

The journey to creating a flourishing Thai cannabis industry and becoming a paradise for cannabis consumers is unexpected in a kingdom where successive governments have adopted a zero-tolerance attitude toward drugs.

The change began with a 2019 election pledge from Anutin Charnvirakul, a billionaire with big political ambitions who promised to open up the Thai cannabis industry. To do that, he would unlock the law to help farmers in the Isaan region with a new cash crop primarily aimed at the medicinal market.

Isaan is Thailand’s most populated region and will be crucial in securing votes in the upcoming general elections in the first quarter of next year.

Opening the tap to the Thai cannabis industry has also been warmly welcomed by the monopolies that dominate Thailand’s economy – and backed by the military-linked government, in which Anutin serves as both the Deputy Prime Minister and the Minister for Health.

Big corporations and wealthy private investors have preempted the opening up of the Thai cannabis industry by buying up vast plantations to grow cannabis in the best soils in the north and northeast of the country. They are also setting up factories to extract premium-quality CBD oil.

They were able to grab large swathes of the market share when last month’s decriminalization legalized the cultivation, trade, and use of all cannabis products, from leaves to stems to buds.

Currently, cannabis is theoretically reserved for medical or food use and must contain less than 0.2% tetrahydrocannabinol (THC), the compound responsible for the effects of euphoria.

In practice, this is a legal gray area that precludes prosecution under drug laws. In fact, there is not even a minimum legal age to buy or sell this product. This legislative gap leaves the Thai cannabis industry as somewhat of a wild west for the moment.

A cannabis bill is expected to clarify what can and cannot be done in the coming months.

Smallholders like Lek are concerned that the bill serves big business interests rather than artisanal businesses like hers.

“The government must go all the way… and allow every household to grow their own produce, without any controls,” she said.

“But once the government passes this law, I guarantee you that there will be only one big group of capitalists who will win.”

The Amsterdam of Asia

The government has urged the Thai cannabis industry and cannabis users to be responsible and discreet.

“We ask everyone to cooperate during this vacuum period until we officially pass the law.”

Cannabis lovers are celebrating a change in the law that allows a long-hidden culture to come into the light.

This change also opens market and research perspectives on the benefits of a plant that has been native to Thailand for centuries.

“Everyone will have their own space within the Thai cannabis industry,” said Chokwan “Kitty” Chopaka, an advocate and entrepreneur who has been bombarded with inquiries since opening his dispensary in downtown Bangkok a few days ago.

Other Thai cannabis industry insiders say there is no going back on the law.

One of them is Siriya Thepcharoen, who works at Siam Cannabis Land in Chonburi, eastern Thailand, a space dedicated to cannabis that includes a museum and vast underground laboratories and plantations where cannabis varieties like the “White Widow” are grown.

She said the mission of her company, NUSA CSR, is to help make the Thai cannabis industry the global hub for medicinal cannabis.

“We target medical tourists with certain conditions like insomnia, stress, Alzheimer’s disease, and for seniors who also want to travel to Thailand for R&R (rest and recovery),” she said.

“But, we will also target young people who now see Thailand as the ‘Amsterdam of Asia’ and want to travel here for entertainment.”

(Featured image by Pixabay via Pexels)

First published by Toute la Thailande, a third-party contributor translated and adapted the article from the original. In case of discrepancy, the original will prevail.