Since Uruguay legalized cannabis in 2018, a wave of cannabis legalization has swept the Americas. Here we provide a brief survey of each individual country’s developments, including in the United States, Canada, Mexico, Chile, Argentina, and Peru. We’ll also look at the goals behind each piece of legislation and the impacts each will have on the lives of cannabis users and the illicit market. 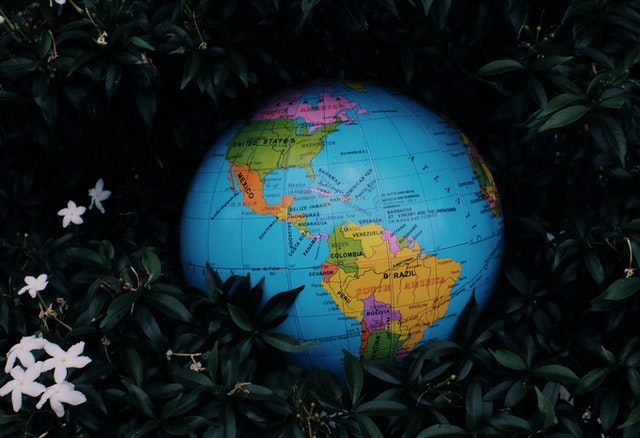 Since Uruguay became the first country in the Americas and the world to legalize the cannabis market and thus disrupt drug traffickers, a generalized process of institutional changes regarding recreational cannabis has been taking place all across the American continent.

Here we will look at the cannabis legalization process in other countries on the American continent, highlighting the central experiences and the legislative instruments that have been proposed in each country for the comprehensive regulation of cannabis.

To follow each country’s evolution in more detail, be sure to download our free cannabis news app.

Law 19,172 on the control and regulation of cannabis in Uruguay promotes information, education, and prevention on the consequences of cannabis use, as well as the treatment, rehabilitation, and social reintegration of problematic drug users. Through this law, the Uruguayan State assumes control and regulation of the import, export, planting, production, storage, marketing, and distribution of cannabis and its derivatives, or hemp, through institutions to which it grants a legal mandate.

The objectives of this law are:

While the measures that the law provides for the control and regulation of psychoactive cannabis and its derivatives are:

Uruguayan Impact Across the Americas

Here are the developments in cannabis legalization that have taken place across the Americas in the wake of Uruguay’s legalization.

Both Canada and the United States have seen big changes in recent years. The big difference between the two is the level at which changes have been enacted.

In the case of the United States, most cannabis laws have been introduced at the state level. This contrasts with Canada, which introduced nationwide legislation at the federal level.

The Uruguayan experience represents a profound change in the prohibitionist drug policy that governs the UN Member States globally since the Single Convention on Narcotic Drugs was carried out in 1961. But other nations on the continent have begun the path of regulation, gradually abandoning the prohibitionist and punitive regime.

With the entry into force of the Cannabis Act on October 17, 2018, Canada became the second country in the world to legalize cannabis after Uruguay. It was also the first of the G7 and G20 nations to do so.

The purpose of the Canadian Cannabis Act is to protect public health and public safety. In particular:

The cannabis legalization process in the United States is another evidence of the change in the direction of drug policy on the continent. The global power, which once promoted the global “War on Drugs” and the “Zero Tolerance” policies in the 1980s, began an institutionalization of change on November 6, 2012. This started with the states of Colorado and Washington passing the legalization of cannabis for recreational use.

Almost three years later, in February 2015, the regulatory wave reached Washington, establishing it as legal for anyone over 21 to consume cannabis in a private space, grow six plants and possess up to 56 grams. This change continued in Colorado on January 1, 2017, when the legal sale of cannabis for recreational purposes began.

Between the years 2020-2021, another 16 states of the union joined the legalization of cannabis. Those states were:

More recently, on April 1, 2022, the United States House of Representatives passed a bill to decriminalize cannabis at the federal level. The bill, sponsored by Democratic Rep. Jerry Nadler of New York, “will prevent federal agencies from denying federal workers security clearances for cannabis use, and will allow the Veterans Administration to recommend the medicinal use of cannabis to veterans with post-traumatic stress disorder. It will also allow for revenue by authorizing a tax on the sale of cannabis.”

The bill will also remove the criminal record of people convicted of nonviolent cannabis-related crimes, which, according to House Majority Leader Steny Hoyer, “can persecute people of color and affect the trajectory of their lives and his professional career indefinitely.”

Currently, several countries in the Latin American region are changing their policy on cannabis.

In Mexico, the Supreme Court eliminated the absolute ban on recreational or recreational use of cannabis and THC. On June 28, 2021, the Court made a historic decision regarding the freedoms that guarantee the exercise of the free development of personality throughout the country. It highlighted the autonomy of people to choose and materialize their lifestyle without unjustified interference from the State or third parties.

In Colombia, on July 6, 2016, Law 1,787 was signed. The law aimed to create a regulatory framework that allows safe and informed access to the medical and scientific use of cannabis and its derivatives in the Colombian national territory.

A year later, Decree 613 was issued to regulate safe and informed access to the medical and scientific use of cannabis, establishing a series of requirements. This decree was replaced by decree 811 of July 23, 2021, in which the possibilities for entrepreneurs, national and foreign companies were expanded. Less than a year after that historic signing, government projections calculate that this country will have exports for more than 1.7 billion dollars between this year and 2030.

In Argentina, on March 29, 2017, the government modified its drug legislation, legalizing the self-cultivation of cannabis for medicinal use.

Article 1 of Law 27,350 states that its purpose is to establish a regulatory framework for medical and scientific research on the medicinal, therapeutic, and palliative use of the cannabis plant and its derivatives, guaranteeing and promoting the comprehensive care of health.

Article 2 creates the National Program for the Study and Research of the Medicinal Use of the Cannabis Plant, its derivatives, and unconventional treatments, which remains in the orbit of the Ministry of Health.

In addition, the law guarantees the provision of cannabis sativa to those who are registered with REPROCANN. The law allows one registrant per address, and stipulates:

In Peru, progress is also being made in regulating the medicinal use of cannabis. The Ministry of Health has published a draft regulation that governs the medicinal and therapeutic use of cannabis and its derivatives. If there are no inconveniences, after the promulgation of the first law of this type in 2017, and with a regulation that should simplify and clarify processes and standards, the cannabis plant and its derivatives may be marketed, investigated, or cultivated for medical purposes.

The law in Chile, which criminalizes drug trafficking, does not punish drug use as long as this use is “personal, exclusive and close in time.” However, the drug law does not establish objective criteria to differentiate between user and trafficker. That is why the deputies of the National Congress in Chile formed the “Transversal Board of Directors Regulation for La Paz.”

The deputy for Acción Humanista, Ana María Gazmuri, heads the initiative, which aims to modify the current legislation to, among other things, “distance cannabis consumers from drug networks.” Congresswoman Gazmuri assured that “the traffickers’ firepower is fueled by nothing more and nothing less than a million dollars a day, which is what users spend on the three substances with the highest prevalence of consumption in Chile, and 80% corresponds to cannabis.”

The Transversal Board of Directors Regulation for La Paz maintains in its diagnosis that “the persecution of prosecutors and the national police have unfortunately focused particularly on cannabis users.” Thus they explain that “almost 70% of the arrests result from possession, consumption, and cultivation for personal use and not to the crimes of trafficking and micro-trafficking. This implies a massive diversion of public resources that they must urgently redirect to persecute organized crime properly.

Due to the above, they announced that “as parliamentarians, we stand firm to legislate a new Drug Law. We want to distance cannabis users from drug networks.”

(Featured image by Nothing Ahead via Pexels)

First published by Revista de Frente, a third-party contributor translated and adapted the article from the original. In case of discrepancy, the original will prevail.