In a tragic accident that should never have happened, a young woman passed away after consuming synthetic cannabinoids purchased on the black market. While the event is being used by anti-cannabis campaigners to push their agenda, this is coming at the cost of the real lesson: that synthetic cannabinoids are a terrible substitute for the real thing, particularly when purchased on the black market. 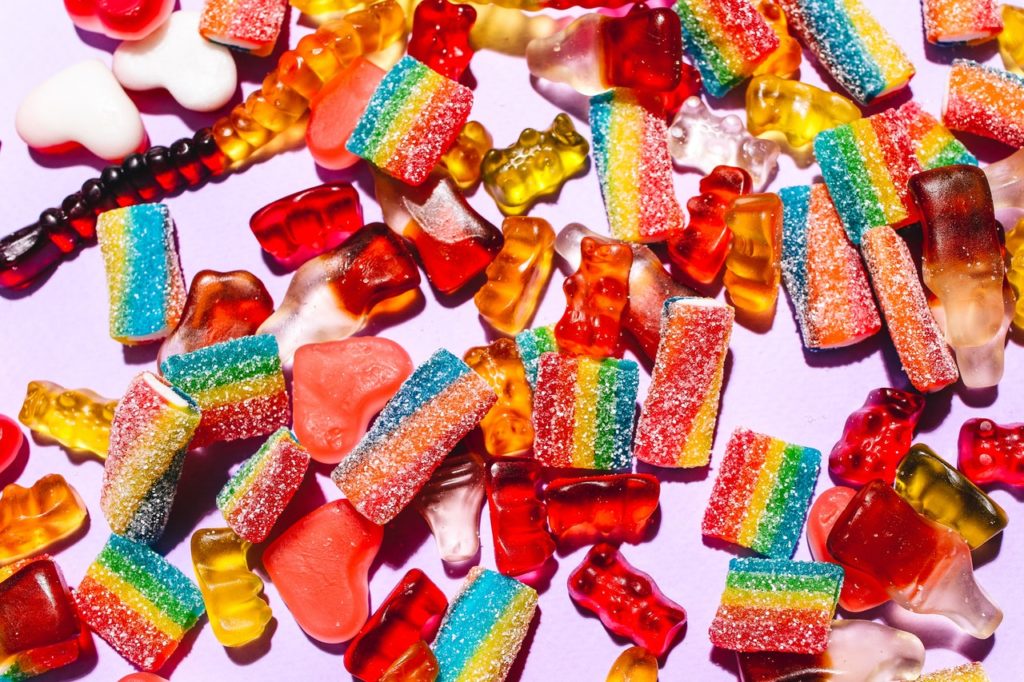 British public opinion has just been moved by the tragic story of a young woman: Damilola Olakanmi. This law student, having ingested treats infused with cannabis, was hospitalized in an emergency. She, unfortunately, did not survive this misadventure.

Of course, there’s more to this story than meets the eye, which we will dig into in a moment. But first, take a moment to download our free companion app for access to clear summaries of all the latest events in cannabis news.

Background: Damilola and the Synthetic Cannabinoids

Damilola bought mini gummy bears, identical to those found in the candy department of supermarkets. But, they were not purchased through a regular, legal outlet. Instead, they came from an underground dealer.

The supposed weed candy had been found on the black market claiming these famous cubs were infused with Cannabis. In reality, they were actually sprinkled with synthetic cannabinoids.

The 23-year-old who died in intensive care at Romford Hospital in east London last week was named Damilola. She was a brilliant business law student. Damilola was just getting into politics alongside a deputy.

Damilola received at her home in England, on March 29, a friend from the United States. Together, they decide to organize a nice little girls’ evening. Together, with a mobile phone and some encrypted public messaging, the two young women are quick to find a ‘contact’.

On the other end of the line, a certain Léon B. offered them cannabis bears. Once the messaging was done, he sets off with the handful of colored sweets ordered by the young woman.

According to information provided by the police, the two students, apparently cautious, would have ingested only one candy at a time, each. They were both hospitalized in emergency and then in intensive care on March 29, in critical condition. Severely intoxicated and unable to recover, a few days later Damilola, unrecognizable, died in the hospital beside her 51-year-old mother who was devastated.

The gummy bears were apparently offered in the standard packaging of a major English candy brand, we know at this time neither the origin nor the exact composition. On the other hand, according to the conclusions of the police, everything suggests that it would indeed be synthetic cannabinoids.

Dosing, mixing, or packaging problem, something did not go as planned. Her barely younger student friend was able to leave the hospital, and Damilola’s death shocked all of England, raising questions right to the very top of the state since the drama does not hit anonymous marginals, but a brilliant Nigerian-British student who was destined for a comfortable family life; a tragedy that could have been avoided.

The Synthetic Cannabinoid Is Said to Be Spice

‘Spice’, originally JWH-018, was an accidental discovery by scientist John W. Huffman in 1995 while researching how THC interacts with the brain. He published his findings in order to secure funding for the project.

The synthetic cannabinoid molecule he discovered could bind to cannabinoid receptors in the brain about 5 times more effectively than Delta 9 THC. We now know that it has totally different effects, including an increase in blood pressure and heart rate, leading to such intense anxiety that many people have committed suicide after consuming it.

Around 2006, ‘legal marijuana’ first appeared in Europe, making using the JWH-018 formula (and its variants) infused into herbal smoking blends. They have been popularized as ‘spice’, giving way to a new wave of ‘designer drugs’, which mimic conventional compounds. Finally, let’s say rather: ‘who try to imitate’.

Unsurprisingly, spice use was more prevalent in countries where cannabis is illegal. Buyers and sellers being all too happy to switch to an untested and infinitely more dangerous synthetic cannabinoid instead of genuine cannabis for the simple reason that it was legal, cheap, and readily available. On the other hand, wherever it is found, the spice is simply synonymous with death by poisoning, in particularly difficult conditions.

The ‘spice’ was born out of the prohibition of cannabis and would probably never have achieved its fame without it. But it is as different from it as methanol would be from brandy. Cannabis and this synthetic cannabinoid have nothing in common.

Now the media and the police are struggling to present this tragic death as being somehow related to cannabis, which is at best an untruth, at worst disinformation.

This ‘spice’ kills from one end of the planet to the other, and it is found everywhere, even in France. Listen carefully to the following, especially the younger ones:

In the wrong hands, innocent jelly bears laced with synthetic cannabinoids can turn into violent poison; a simple vape into a one-way trip to the hospital. And then tell yourself that three-quarters of the clandestine producers of this kind of product have absolutely no idea what they are really doing, except that they probably don’t care.

Finally, those who have the time, the desire (and the patience), do not hesitate to explain to those around you that real Cannabis is the only way.

First published by Le Cannabiste, a third-party contributor translated and adapted the article from the original. In case of discrepancy, the original will prevail.