Now that Morocco has legalized the use of therapeutic cannabis, researchers have been conducting numerous studies. While no studies have established a causal link between the therapeutic use of cannabis and adverse health effects, some still have reservations. However, proponents also point out that there are strong precedents, like opium, for the medicalization of previously illicit drugs. 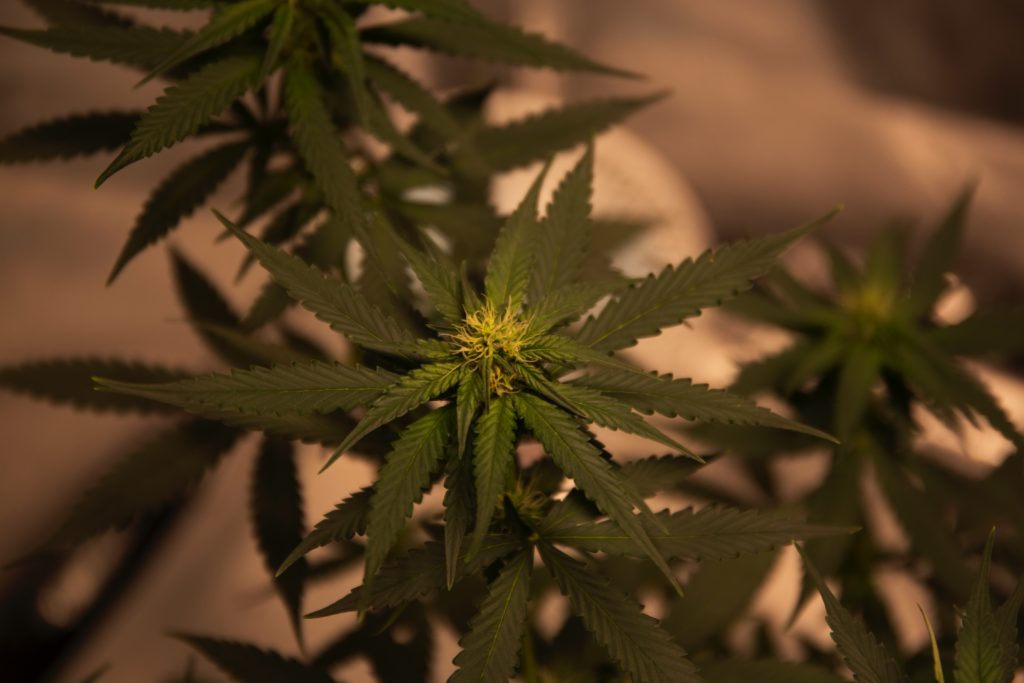 After the adoption of a new law authorizing therapeutic cannabis in Morocco, numerous studies have been carried out to reveal the various potentialities of its legalization. Here is a look at the particularities and the pharmacological, regulatory, and economic challenges of this measure.

But first, if you are looking for a simple way to stay up to date with news in this space, download our free cannabis news app.

A few weeks after the vote of the law allowing therapeutic cannabis, the report of the Special Commission on the Development Model (CSMD) – a new framework for the dissemination of future legal norms in Morocco – highlighted the interest in its legalization for medical and industrial uses in Morocco, in order to promote the cultivation of cannabis whose economic potential is promising.

The use of therapeutic cannabis for medical and industrial purposes will have a favorable economic impact for the country and for the growers. Just as the global medical cannabis market is growing by nearly 20% a year and is expected to reach $57 billion by 2026, Morocco could reap some 100 billion dirhams in revenue from medical cannabis by 2023, according to a report by the Prohibition Partners Institute.

Some Are Concerned over Therapeutic Cannabis Health Risks

However, while the new law has been welcomed with open arms at the national and international level by a large number of specialists, others, on the contrary, are opposed to it, listing the dangers that could arise from the use of therapeutic cannabis. This is particularly the case for the latest study published in BMC Cardiovascular Disorders, associating medical cannabis with a 44% increase in the risk of serious cardiovascular problems.

The study does not establish a causal link between therapeutic cannabis and cardiovascular problems, but it calls for caution, says Arsène Zongo, one of the researchers who prepared the study, recalling that there is still no scientific demonstration of the effectiveness of medical cannabis for the vast majority of conditions for which it is prescribed.

The use of therapeutic cannabis is not without risk, according to the study. Considering the limited scientific evidence for the efficacy of medical cannabis, it is important that physicians carefully weigh the benefits and risks before prescribing it to their patients,” says Professor Zongo. It would be risky to prescribe it to people with known heart problems without closely monitoring these patients.

For his part, Dr Tayeb Hamdi, a doctor, a researcher in health policies and systems, President of the National Union of General Medicine, Vice-President of the National Federation of Health, considers that this plant opens up new innovative therapeutic avenues in the treatment of several pathologies. “It should therefore not be seen as a threat or a competition, but as a therapeutic avenue to be explored,” he says, calling for more scientific research to better understand the ins and outs of this flourishing practice in Morocco.

Despite the progress in pharmacological research and the development of the world of medicines, there is still room for new substances, either because some active substances are poorly tolerated or, on the contrary, lead to addiction, or because of the appearance of new syndromes or resistant microbial strains, or because we are so far unarmed against a certain number of diseases.

“The drug market needed new substances and new drugs, and cannabis could provide new solutions to complement existing products, particularly for treating diseases such as multiple sclerosis, Alzheimer’s, Parkinson’s, asthma, and many other pathologies,” says the researcher.

Understanding the challenges facing this industry could help Moroccan laboratories determine where to allocate and invest their budget, what programs and protocols to put in place, and who is the best way to get global visibility on all aspects of this plant, its benefits, and its dangers.

There Are Strong Precedents for Medicalization of Cannabis

“It’s the same with opium, which is classified as a narcotic, and its use is highly regulated. It’s a plant that produces heroin, which is used as a drug and is banned, but it also produces morphine, which is a medicine and a derivative that was discovered to treat chronic pain. And this will also be the case for cannabis, scientific research should dissect the components of this plant to discover its benefits without condemning it.

A condemnation linked to its use as a drug for a very long time, “which has delayed the exploration of its medical side, now it is time to frame its cultivation, processing and use”.

With lower production costs, adapted cannabis varieties, and possible export outlets, Morocco is witnessing a veritable “green gold rush” of investors and companies specializing in cannabis for therapeutic use. As a reminder, no less than 150 Israeli companies had expressed their interest in investing in this field, while the deputies had barely begun the detailed examination of the bill on the legalization of cannabis.

The legalization law establishes a framework on which companies could build a legal cannabis industry. It sets rules and guidelines for the national agency that will be the hub of Morocco’s newest economic sector.

Illicit Production a Challenge to the Therapeutic Cannabis Sector

After the legalization of cannabis in Morocco, the police, the gendarmerie, and the customs authorities have made record seizures never reached before. This is not only due to the increased vigilance of these security bodies but also to the panic of mafia networks in the face of legalization.

Morocco is considered to be the world’s leading exporter of cannabis, with an annual production of 700 tonnes mainly destined for Europe, the United Nations Office on Drugs and Crime (UNODC) said in its annual report published last June, underlining that the Moroccan authorities “reported some 21,000 ha of cannabis cultivation in 2019 (mainly cultivated in the Rif region), compared to 25,000 ha in 2018”.

Furthermore, the annual turnover of the cannabis trade is estimated at between $15 and $23 billion, which is 10 to 15 times the turnover of the pharmaceutical industry in Morocco.

The UN’s annual report comes at a time when Morocco has legalized the use of cannabis. On 11 March, the Kingdom approved a bill legalizing the use of the substance “for therapeutic purposes”. According to a 2021 note from the Moroccan Ministry of the Interior, the medical cannabis market is “growing at an annual rate of 30% worldwide and 60% in Europe”. Morocco’s ambition is to gradually convert these long illicit crops into legal activities.

Tayeb Hamdi, a researcher in health policies and systems and vice-president of the National Health Federation, answered our questions about the pharmacological challenges of medical cannabis.

Q: How do you view the introduction of therapeutic cannabis into the pharmaceutical supply and the scientific research on it?

“Studies on the medical use of cannabis have multiplied over the last twenty years. They have revealed the beneficial aspects of cannabis, reviving the pharmacological interest of laboratories and researchers. And in the near future, there will be many more studies, which will open up an important therapeutic avenue for several pathologies. This research will thus complete the market of existing therapeutic products.”

Q: Could scientific reports be a threat to the medical cannabis business?

“Of course, therapeutic cannabis contains several substances, but it is not directly exploitable, it is the laboratories that will analyze its components to produce medicines. These laboratories now have before them a substance with highly interesting properties. To produce a medicine, 10,000 substances have to be screened, and in cannabis, there are hundreds of components, so it is a field of exploration for researchers and laboratories to produce new medicines given its benefits for the treatment of various pathologies.”

Q: Are there really any dangers associated with the pharmaceutical uses of cannabis?

“There is no substance that does not have adverse effects, but this is manageable through legislation and medical practice. This plant will be studied and processed by laboratories. The problem is that the recreational side of cannabis has delayed the exploration of this promising substance, and we need to know how to frame its cultivation to be sure of its use in a medical context.

At present, we are at the beginning of trials, and specialists agree that therapeutic cannabis has an important place in the treatment of pain and neurological disorders.”

First published in l’opinion, a third-party contributor translated and adapted the article from the original. In case of discrepancy, the original will prevail.