The U.S. portal Leafly holds annual selections of the best cannabis strains, giving an idea of trends in regulated markets. The Jealousy strain won the award for the best variety of 2022, and Leafly recognized ten other cannabis varieties Americans love. Let’s take a look at the top ten, which includes names like Pineapple Express, Purple Punch, Durban Poison, and Wedding Cake, among others. 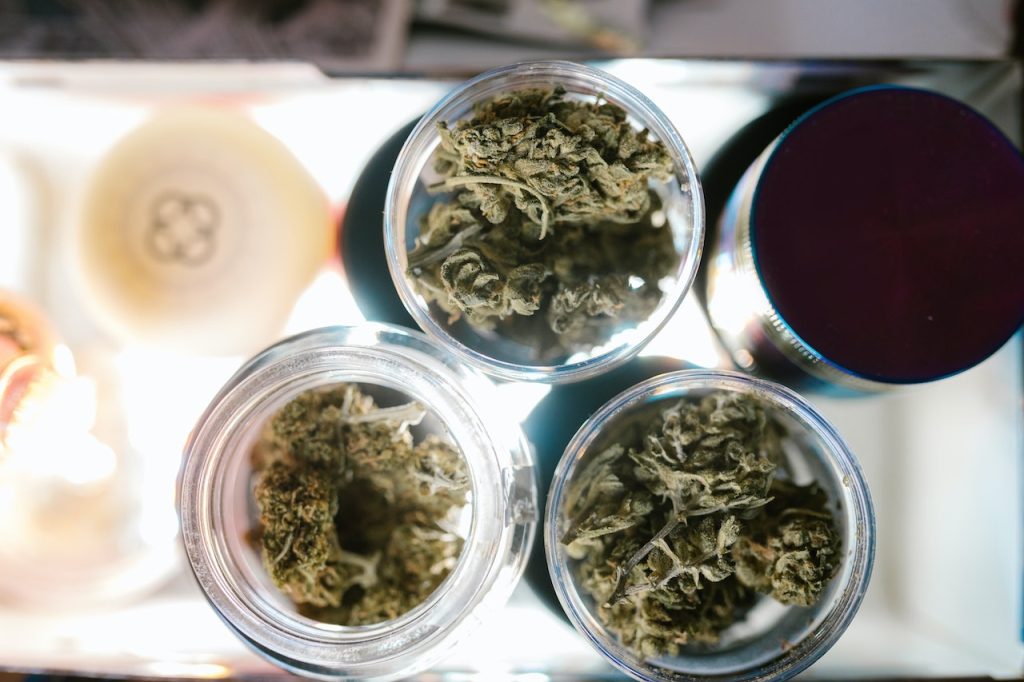 The U.S. portal Leafly holds annual selections of the best cannabis strains, giving an idea of trends in regulated markets. The Jealousy strain won the award for the best variety of 2022, and Leafly recognized ten other cannabis varieties Americans love.

Jealousy – Cannabis Variety of the Year 2022 According to Leafly

Developed from a cross between Gelato #41 and Sherbert Bx1 (Sunset Sherbert x Sunset Sherbert x Animal Cookies), Jealousy continues the genetic line of the beloved Gelato strain. The first reaction of Berner, owner of the Cookies brand, when he was introduced to this hybrid: “It smells like Gelato multiplied times 100.”

The 10 Best-Selling Cannabis Strains in 2022

In addition to Jealousy, Leafly has selected the 10 best-selling strains in the United States in 2022.

Some strain names don’t match their character, but the name Ice Cream Cake is perfect – it’s a sweet strain with notes of vanilla and musk. This hybrid created by Seed Junky Genetics combines the Gelato #33 and Wedding Cake strains, which are also on this list, to create a strain that delights in taste and performance. It is the number one choice among Leafly buyers and connoisseurs, twice taking first place in the Emerald Cup, in 2019 and 2021.

A cross between Blueberry and Haze strains led to the creation of Blue Dream, a sweet, fruity hybrid that has dominated the charts at cannabis stores in the United States for several years. Blue Dream contains 18% THC, but has a low concentration of CBD, making this relatively potent strain a favorite of cannabis veterans. Blue Dream originated in California and has since achieved legendary status among West Coast strains and quickly became one of the most searched strains in Leafly’s database.

Seed Junky remains on this list with its cross between Triangle Kush and Animal Mints, from which Wedding Cake was created. It’s obviously a sweet cannabis strain with a wedding cake aftertaste (hence the name!). In 2019, Wedding Cake was selected by Leafly editors as the best strain of the year. According to users, the third most important effect of the Wedding Cake strain is excitement. This is worth keeping in mind and should not be underestimated!

Gelato has its place in the proverbial cannabis Hall of Fame because of its vanilla and cream flavor. In 2018, Gelato was hailed as the best strain of the year due to its taste, eye-catching purple flowers, and intensely euphoric effects. Crossing Sunset Sherbert (Sherbinski) and Thin Mint GSC (Cookie Fam) led to the creation of Gelato, which sparked thousands of other crosses that win cannabis competitions every year.

When strains with the prefix Sour – such as Sour Diesel – ruled among cannabis consumers, Original Glue, also known as GG#4, was the queen of the ball. It offers a vibrant high with a rich, pungent terpene profile. Josey Whales and co-creator Lone Watie created Original Glue from a cross between Chem’s Sister, Sour Dubb, and Chocolate Diesel strains. GG#4 was honored with first place at the 2014 Cannabis Cup in Michigan and Los Angeles. Since then, it has been used repeatedly as the basis for other hybrid strains.

In sixth place, we have Pineapple Express, proving that people love Sativas for their energizing high and tangy flavor. G-13 Labs crossed Big Bud and Hawaiian Sativa to create the Pineapple Express strain. This is a strain that is loved by Seth Rogen – the lead actor in the comedy Pineapple Express.

Smoking Sour Diesel is literally pouring gasoline into the engine that is the brain. Developers at East Coast Bred crossed Chemdawg, and Super Skunk strains to grow the powerful Sour Diesel. New York made it famous in the 1990s, but it is still beloved throughout the United States, and new versions continue to be popular with today’s consumers.

MAC broke onto the cannabis scene thanks to its pungent terpenes with citrus notes and its ability to put even the most experienced smokers to sleep. If you experience chronic pain or have trouble falling asleep, this elegant blend of Starfighter, Columbian, and Alien Cookies strains produced by a breeder nicknamed Capulator will get the job done.

It’s a strain for true connoisseurs – it took second place in two different categories of the 2020 Oregon Cannabis Cup, and 3.5-gram packs of the MAC strain were sold for as much as $100.

This predominantly Indica gene strain has the grape flavor that made Purple strains famous while giving a high that relaxes and doesn’t stick you to the couch. Its purple parents, Grandaddy Purple and Larry OG, are guaranteed to make purple tops look great.

Symbiotic Genetics deserves credit – without Purple Punch, there wouldn’t be equally popular strains in regulated markets like Mimosa and Wedding Crasher. It’s not a top-five strain, but Purple Punch also has its fans and is ranked #9 on Leafly’s list of the best cannabis strains of 2022.

Durban Poison is a pure Sativa that ignites synapses with a rich, resinous aroma of black pepper and pine. Hailing from the port city of Durban in South Africa, Durban Poison has won the Cannabis Cup multiple times and is one of the parents of the very popular Thin Mints GCS strain. Although Durban Poison came in 10th place, there are thousands of different cannabis strains around the world, so a final place among the top ten strains of 2022 is an honor.