Bizarre UFO sightings in Australia have been linked to the hydroponic lights from a nearby cannabis farm. The event, which happened on July 20, happened after sunset when the farm forgot to close the blinds on its facility, thus allowing light to leak out. This caused reflections on the cloud cover, leading many to suspect UFO sightings. The farm has promised to close its blinds in the future. 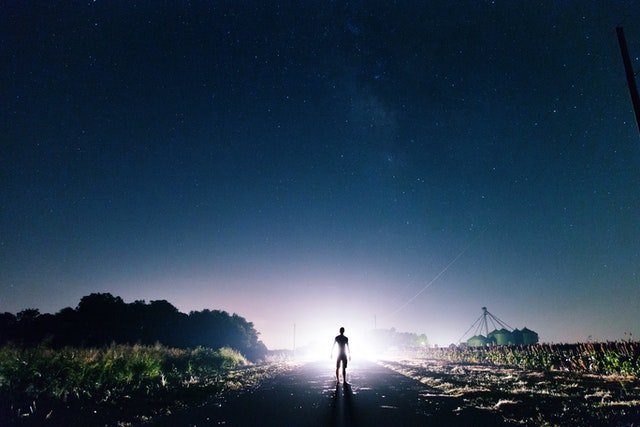 It’s an unusual UFO story that comes to us from Australia. As the sun had just set on Wednesday, July 20, in Mildura, a town in the Australian state of Victoria, a pink light suddenly shrouded the horizon, giving rise to a dreamlike spectacle where pinkish clouds hovered over the arid plains of Australia.

The strange extra terrestrial phenomenon was humorously evoked by the British newspaper The Guardian in its July 21 edition.

For more of the latest in cannabis developments, download our free cannabis news app.

“An alien invasion? Season 5 of Stranger Things? A portal that overlooks space-time?” asks the Guardian journalist, Caitlin Cassidy, who relates the event. The latter shared on Twitter a photo taken by journalist Sarah Tomlinson who lives in Mildura.

#Mildura and surrounds were treated to a spectacular sight tonight when a red light appeared in the sky.
Was it aliens?
An aurora?
No, it appears to have been the hydroponic lights from a medicinal cannabis farm reflecting off cloud which is somehow the most Mildura answer ever. pic.twitter.com/Wfy63tRrng

“Everywhere in Mildura and nearby towns, people were rushing to their gardens and onto their front porches to take pictures of this apocalyptic light,” describes the British newspaper and quotes a local resident whose parents believed that “it was the end of the world.”

The Only Probable Explanation for Some: It Was a UFO

Also quoted by The Guardian, Alexandra Talent, who runs a ranch with her husband, says she was alerted by the latter. The couple’s horses seemed particularly distracted that evening. “What delight the imagination of children, and of course feed the hypothesis of extraterrestrials,” she explains.

Nevertheless, at the risk of disappointing UFO enthusiasts, the phenomenon has a rather banal, although surprising, explanation. According to a press release issued by the medicinal cannabis production company Cann Group, the lights came from one of its production units, whose blackout blinds had been left open by mistake.

Rhys Cohen, Communications Manager at Cann Group Ltd, explains: “Growing cannabis plants involves using different types of light. Red light is often used. The warehouse has blinds which are normally closed at night; they will prevent the passage of this light beam in the future.”

Cann Group Ltd was the first Australian company to be licensed to cultivate cannabis for medical purposes. On July 7, its Mildura facility received its license to supply the Australian market with a wide range of medical cannabis products. The first harvest took place in June.

(Featured image by Snapwire via Pexels)

First published by GEO, a third-party contributor translated and adapted the article from the original. In case of discrepancy, the original will prevail.