Since March 2017 seriously ill patients are entitled to receive medical cannabis treatment in Germany. Home-growing and passing on the medication to third parties is prohibited. Cannabis pharmaceuticals can be carried along when traveling abroad in case certain regulations are met. Health insurance may only deny cost coverage in justified cases. Currently, this is not always implemented. 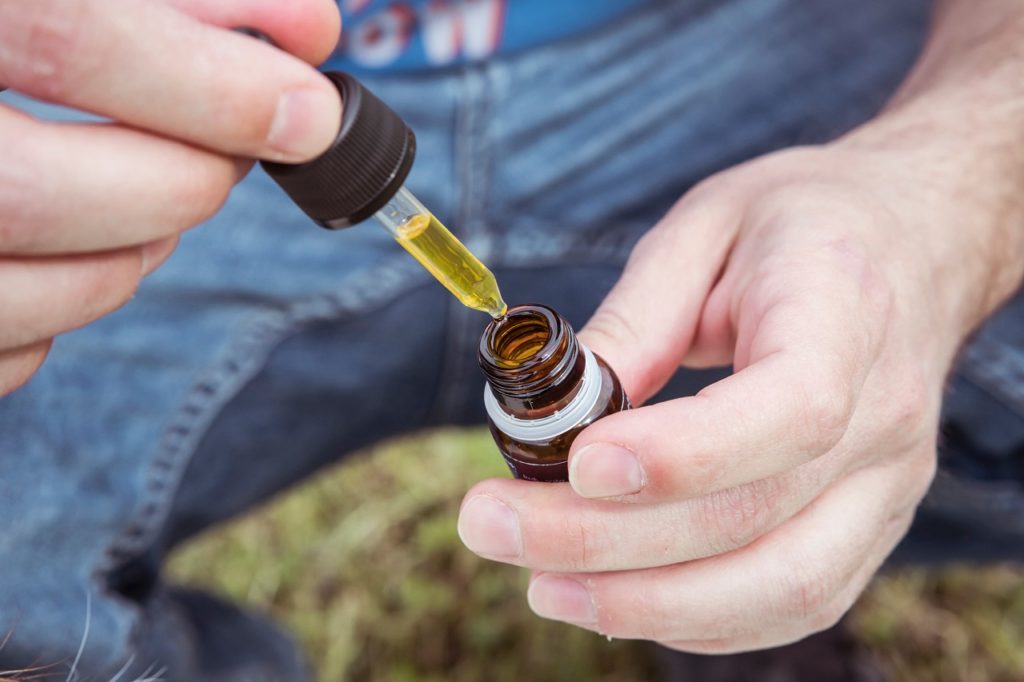 At the moment, people in Germany can get medical cannabis on prescription. However, the cannabis plant still has to be imported. Currently, a high-security plantation is being built in Neumünster. Site manager Thorsten Kolisch said: “Now comes our showpiece: The vault. And in the vault is another vault.” His words echoed in the building shell.

When the cannabis flowers for Germany are harvested, dried, and packed, they should be stored between double walls until the state sends them to the pharmacies. “It’s like in a bank,” said Aphria managing director Hendrik Knopp, standing in the bare doorframe, where they’re going to put in an armored door, just like in old films.

“The Dresdeners wouldn’t have got in there,” the director said, referring to the robbers who looted the Green Vault. In the northern Germany plantation, there will be no jewelry and precious stones, no gold ingots or bundles of money, just cannabis.

Neumünster-Süd is located one hour’s drive north of Hamburg. It’s mostly logistics companies that have settled in the industrial area, but opposite to the condensed milk plant, a high-security wing is growing.

Seen from a distance, it is an ordinary construction site with bulldozers, excavators, delivery trucks and noise. That’s as long as you don’t notice the all-round video surveillance and the bulletproof glass at the main entrance.

The client is the Canadian company Aphria, which promotes the cultivation and production “of safe, clean and pure cannabis in pharmaceutical quality,” as it is written on their German website. Hendrik Knopp is the managing director and Thorsten Kolisch the general manager of the company’s German branch. They want cannabis to flourish soon in Germany so that it can help sick people, because the use of medical cannabis is now allowed under certain conditions. There are a few particular details to be taken into account, which are not usually found in horticulture.

For greenhouses, locks are usually sufficient. Cannabis can also grow freely in flower pots or backyards. In Neumünster, on the other hand, a bunker for the completely legal variant is being built. The place will have 400 cameras, NATO-grade barbed wire, thermal imaging, and pressure detectors, and a control system called Indoor Geofencing Technology.

In Germany, doctors are allowed to prescribe medical cannabis

For almost three years now, doctors in Germany have been allowed to prescribe dried cannabis flowers and cannabis extracts to patients suffering from serious diseases, in addition to processed cannabis drugs. “In controlled quality”, as the Federal Ministry of Health explained, “in pharmacies” and “without endangering the safety and control of narcotics traffic.” Cannabis can help relieve pain or symptoms such as nausea and loss of appetite in cancer, including in palliative care. The plant can be administered ground or as an oil, tea, or inhaler.

However, cannabis is still considered a drug in Germany. Therefore, the windows of this large high-security cannabis plantation, which is scheduled to be opened this year, should be bulletproof. For the time being, craftsmen are drilling and sawing while the managers walk through the building and talk. “We are pioneers,” said Thorsten Kolisch. “Somebody had to go first,” he continued.

They didn’t have much to do with cannabis back in the day, and you don’t necessarily picture them with a joint. It’s not about cannabis, hash or smoking weed in this case anyway, it’s about cannabis as medicine. Hendrik Knopp, now in his late forties, with a soft voice and fine humor, used to be a lawyer. Knopp also used to work for RTL and a sports betting provider and invented a poker show with Stefan Raab. He also sings and plays guitar, under his stage name Heinrich von Handzahm. His comrade-in-arms Thorsten Kolisch, 50 years old, is an engineer and earned his money with computer games before he changed fields.

Cannabis on prescription is now paid for by health insurance. New rules, new game. Hendrik Knopp, the former poker man, took action. “Something big is coming to Europe,” some of his friends had predicted. He started planning, alone with his notebook, in the basement. Thorsten Kolisch later joined their start-up company for cannabis.

Knopp flew to Canada and stood over there with a white coat in a greenhouse where cannabis is grown for medical purposes. The people in charge had heard of his ideas and had invited him there. He became head of the German branch of this company, which has since been taken over by a market leader from Canada: Aphria. Founded seven years ago, Aphria has a billion-dollar stock market value.

First published in SZ.de, a third-party contributor translated and adapted the article from the original. In case of discrepancy, the original will prevail.