Argentina’s Congress has just taken a big step towards building a proper cannabis industry in the country. We go through its goals and purposes with the representatives and ministers who participated in the drafting and approval process of this new cannabis legislation for Argentina. Then we dig into the details of what exactly the congress’ latest efforts offer Argentina’s cannabis sector 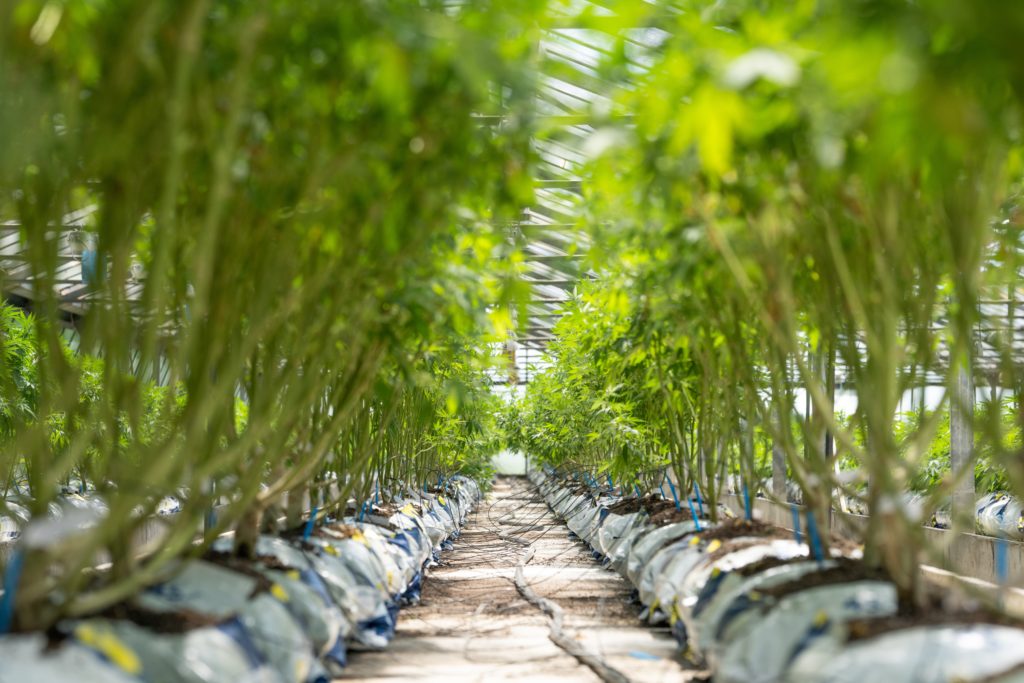 After an intense day in Argentina’s congress, the Agriculture and Livestock Committee of the Lower House, chaired by José Ruiz Aragón (FdT), met this Tuesday afternoon in a meeting in which it issued an opinion on the bill to create a regulatory framework for the development of the medical cannabis and industrial hemp industry with the presence of the Minister of Productive Development of the Nation, Matías Kulfas.

In the fast-moving world of hemp and cannabis business, it is imperative to stay on the cutting edge of legal and regulatory developments across the world. In order to follow all the latest cannabis and hemp news updates from Argentina’s congress and around the world, download our companion Hemp.IM app.

In his presentation, the official explained: “It is a project that was worked on for more than a year within the framework of the Ministry of Productive Development that we thought and discussed in the sectors of the future that can expand the Argentine productive matrix, with a general character, to generate employment, incorporate a knowledge of science and technology”.

The bill only got approval after “an important wealth of debate”. But the committee was able to arrive at a text that will hopefully satisfy most of the needs of Argentina’s cannabis and hemp sector. “It can give Argentina a lot of potential,” said Kulfas and established four questions that the project answers: “Why cannabis for medicinal and industrial use can be an economic activity of high growth and why Argentina has the conditions to be an important producer in this industry, why is it necessary to have a law to regulate it and what benefits do we expect from this regulatory framework”.

In that line, he offered some insights into how Argentina’s Congress had answered each within the scope of this new cannabis legislation. The first of which should be pretty obvious given that there are already more than 50 countries that have advanced in some kind of legislation and use of cannabis on industrial and medicinal use. It is an activity that is increasing exponentially, at the beginning of the century less than one ton of cannabis was produced, and today that number is closer to 500 million tons and it is increasing year by year.

“A global production of 4 billion dollars is projected for the year 2024. We see some leaders such as Israel, Canada and the United States, and at a regional level Uruguay and Colombia. It is an opportunity for Argentina to develop in this activity that is intensive in jobs and knowledge. Twenty percent of the jobs in this productive chain are destined to research and development, as well as quality control. It also generates a large number of high value-added links throughout the chain,” said the head of the Ministry of Development.

Kulfas was not afraid to tackle the bigger questions either: “Why does Argentina have the conditions? Because it is a world leader in agricultural production, has a network of scientific research on cannabis, a productive industry, an adequate network of laboratories, a lot of experience in organizations, numerous initiatives in 22 provinces and 80 municipalities”.

But the country lacks the regulatory framework required to take advantage of that potential, despite the dense scientific-technological network that has been developed around cannabis. The previous legislation from Argentina’s congress on cannabis, Law 27,350, allowed an advance in the production of medical cannabis, but only on a very small scale because it is limited exclusively to experimental and non-productive purposes.

In this context, he detailed that the current project “aims at the legalization of the production and development of the cannabis and hemp production chain with a productive vision, subject to certain regulations, based on international recommendations and studies carried out on pioneer countries at the global and regional level”. He cited some examples, such as that the regulations established ae aimed at avoiding diversions to the illegal market and guaranteeing the traceability of processes and products for medicinal purposes. He added: “Adequate traceability allows Argentina to position itself with a country brand associated with the highest quality of the product, valuing its exports.”

Among the productive objectives specified one, in particular, was highlighted. The comprehensive development of the supply chain of cannabis for medicinal and physiotherapeutic use. That is why creating the regulatory framework is so important so that public and private investments can be made in all the productive links, at all levels of the chain. But that requires regularizing existing projects and complementary legislation.

One Deputy argued that this advance is central because currently, families have to import from countries where it is legalized or from solidarity growers with illegal access. This means that people do not have access to a safe and quality product, but Argentina is now looking to solve that by building an industry that makes these products that also “works on a fair price and that ensures it is not dominated by one or two big companies”, added the deputy.

Regarding industrial hemp, kulfas pointed out: “it is a specific variety with low THC, there are studies that show that it can be an input for several productive sectors such as fibers, textiles, clothing, footwear, cosmetics, construction material, paper, auto parts. It is a plant that generates positive environmental effects on the soil”.

Ana Carolina Gaillard (FdT -Entre Ríos) said: “If there is no license in our country there is no private development. There are more than 14 projects approved, but they are research projects. So we found ourselves with a law that was limited in terms of access for health because it did not guarantee production. It lacked a part and this legal framework adds productive development by allowing this authorization agency to cultivate and commercialize cannabis and hemp products.”

Meanwhile, Mara Brawer (FdT -CABA) explained: “They have a law on industrial hemp in sight. Hemp is a variety that produces low percentages of THC. The whole plant can be used and different derivatives can be produced.” “It has a combination of omega 6 and 9, they are rich in protein, they can be used to replace fiberglass. It has enormous productive quality,”.

So What Exactly Does Argentina’s Congressional Cannabis Project Propose?

The Executive’s project seeks to create a regulatory framework for the national production and commercialization chain and/or for export purposes of the cannabis plant, its seeds and derived products for medicinal use, including scientific research, and industrial use; thus promoting the national development of the sectorial productive chain.

A regulatory agency for cannabis in Argentina

The initiative contemplates the creation of a Regulatory Agency for the Hemp and Medicinal Cannabis Industry (ARICCAME), as a decentralized agency that will operate within the Ministry of Productive Development, with administrative, functional, technical, and financial autonomy, with jurisdiction throughout the national territory.
It will be the competent body to regulate, control, and issue administrative authorizations with respect to the use of cannabis plant seeds, cannabis, and its derivative products. Among its multiple functions, it will be able to install regional or provincial delegations to speed up the effective enforcement of the law throughout the country.

At the time of analyzing the applications for licenses to produce medical or industrial cannabis, ARICCAME will establish the requirements and background information to be requested to the applicant, in order to maximize the controls aimed at preventing illegal activities, including money laundering. In this sense, it will be necessary and relevant to a model of joint articulation between several public agencies whose competencies will be coordinated.

Powers to promote and propose

In granting licenses/authorizations, ARICCAME will pay special attention to the purpose of contributing to the development of regional economies and promoting the activity of cooperatives and small and medium-sized agricultural producers, as well as to gender and diversity perspectives.

The bill also provides that ARICCAME shall issue joint regulations and/or generate cooperation agreements with the Central Bank, the National Securities Commission, the AFIP, the Superintendency of Insurance of the Nation, the IGJ and the UIF.

Among the changes that were incorporated when the bill was passed in the Senate, the creation of a Federal Council for the Development of the Hemp and Medical Cannabis Industry was added, which will be made up of a representative of the Nation and one for each province and for the Autonomous City of Buenos Aires, who will perform their functions on an honorary basis.

Based on the opinions of guests in the plenary sessions of the Upper House, a chapter called “Promotion of Research, Entrepreneurship and SMEs” was incorporated, where it is estimated that ARICCAME “will articulate research programs with the Public Universities, and the National and Provincial Science and Technical organizations, aimed at facilitating and promoting, within the scope of its competence, scientific research related to cannabis and hemp”.

In addition, the ARICCAME “will articulate with the Secretariat of Small and Medium Enterprises and Entrepreneurs financing and entrepreneurial support programs aimed at facilitating and promoting, within the scope of its competence, the development of enterprises and SMEs related to the activities regulated by the law”.

First published in parlamentario, a third-party contributor translated and adapted the article from the original. In case of discrepancy, the original will prevail.