While medical cannabis is still not technically available in France, a trial is currently underway to treat patients suffering from specific conditions. The trial involves approximately 3000 patients being served through 200 reference centers. This is happening with France lowering its ban on CBD products under EU orders, seeing the development of a strong “cannabis light” industry. 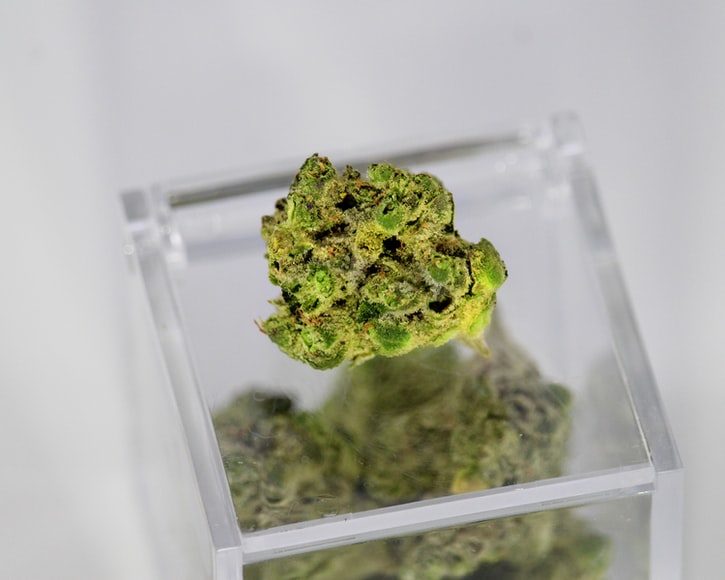 Last March, France started an experiment on the use of medical cannabis. The aim is to verify whether this practice could be included in the national pharmaceutical offer. In principle, this trial should last two years. In practice, it will be applied to three thousand patients. As a matter of priority, it will concern only people with serious diseases.

As the trial continues, we’ll keep posting updates. You can catch them here, or by using our free companion cannabis news app.

A Development in the Medical Cannabis World

Since the 1980s, the medical cannabis world has gradually changed its approach to the use of the plant for therapeutic purposes. Among other things, thanks to scientific experiments to treat certain pathologies. In Europe, as early as 2003, the Netherlands was the first country to allow this medical use. Since then, twenty-two EU Member States have adopted it. In the world, the United States, Canada, Australia, and Israel have also accepted the use of medical cannabis.

In France, the health authorities recently approved the sale of products containing cannabidiol by specialized shops. Otherwise known as CBD. This is a cannabis molecule whose effects have the property of being relaxing and non-psychotropic. Moreover, in November 2019, the Court of Justice of the European Union confirmed that CBD, unlike regular medical cannabis, is not a narcotic product. Consequently, this same Court ruled that France’s ban on the import of this substance was illegal. For the simple reason that it is now produced in other EU countries.

As a result of this legal development, since last March, about three thousand patients have begun this medical cannabis experiment. In total, in two hundred specialized reference centers. The National Agency for the Safety of Medicines and Health Products, the ANSM, has selected them. The first selection criterion was that these patients all suffer from serious diseases. In particular, multiple sclerosis and certain forms of epilepsy. As well as neuropathic pain, or side effects due to chemotherapy or palliative care.

An Alternative to Conventional Treatments

Most of the medical cannabis patients in this first selection are adults, but some are minors. One of the prerequisites for access to this type of care is that conventional treatments have not worked so far. Another limitation of this prescription is that patients should not suffer from cardiovascular diseases. Nor should they suffer from psychosis or schizophrenia. Indeed, THC (tetrahydrocannabinol), the psychotropic molecule in cannabis, can sometimes have an impact on blood pressure or aggravate certain psychological disorders.

In practice, to avoid any ambiguity with narcotic use, medical cannabis is distinguished by the fact that it is not smoked. Thus, it is always administered orally. Among other things, in the form of infusions, inhalations, or oils that are put under the tongue. This has the advantage of allowing more precise dosages. Treatments can also take the form of dried flowers, containing varying concentrations of CBD and THC. Without smoking them, patients heat the flowers in a vaporizer. This device then allows the active molecules to be inhaled, without any toxic release.

The Use of Medical Cannabis Is Subject to Authorisation

As the possession of cannabis remains illegal in the country, patients undergoing these specific treatments must carry a permit. This allows them to carry their medicines. At the same time, these medical cannabis patients are followed up during standard consultations. In which they are prescribed medicines containing medical cannabis. In general, these checks are carried out every 28 days. This is done by specially trained city doctors. In total, between 4,000 and 5,000 volunteer health professionals should receive appropriate training. This will be done remotely. These professionals will then be able to issue prescriptions. However, they will be accompanied by a secure system.

In addition, longer and more in-depth consultations are also planned in this experiment. They must take place in official reference centers, designated by the French Medicines Agency. This will take place during the first, third, sixth, twelfth, and eighteenth months of the medical cannabis treatment. Their purpose is to evaluate the tolerance and effectiveness of the drugs used. For the moment, the ANSM has specified that cannabis-based medicines are only produced by foreign companies. Indeed, French legislation currently prohibits the production and exploitation of hemp flower. Therefore, for the time being, without the vote of a derogation, any exploitation in France remains impossible. On the other hand, prescribed medicines can normally be obtained in pharmacies. However, in the first instance, patients will often have to go to hospital pharmacies. These have limited stocks, intended to satisfy the first prescriptions.

Two Subjects to Be Clearly Differentiated

According to a recent estimate, if the use of medical cannabis were to become legal in France, about 700,000 patients could benefit from it. From the outset, it is important to make it clear that the experiment currently underway is unrelated to the debate on recreational cannabis. Indeed, these are two very distinct subjects. As proof, according to a survey published in April 2019 by the French Observatory of Drugs and Drug Addiction, the OFDT, more than 90% of French people are in favour of medical cannabis. While about half of those polled remained against the global legalisation of cannabis. Moreover, the medical world wants to closely monitor the medical application of cannabis. As is already the case with morphine or codeine. This is to avoid any diversion that could lead to drug addiction.

During the two years planned for experimenting with medical cannabis, the medicines that patients will use will be provided free of charge by the major companies in this sector. Thus, French taxpayers will not pay anything. This will be beneficial for public finances. However, some MPs already regret that all the producing companies are located abroad. Because of the current French legislation. Indeed, under these circumstances, this prohibits any possibility of future production in France. In this way, at the end of this trial period, these specialized companies will be able to market their medical cannabis products exclusively throughout France.

First published in bulletindescommunes, a third-party contributor translated and adapted the article from the original. In case of discrepancy, the original will prevail.