Many Canadian mothers have been advocating the use of cannabis since Canada legalized the drug in 2018, as they believe that marijuana makes them better in parenting. However, the Canadian Ministry of Health warns that parents who smoke run the risk of exposing their kids to passive smoking. Pregnant mothers who smoke, on the other hand, pass on 30 percent of the THC they ingest to the baby. 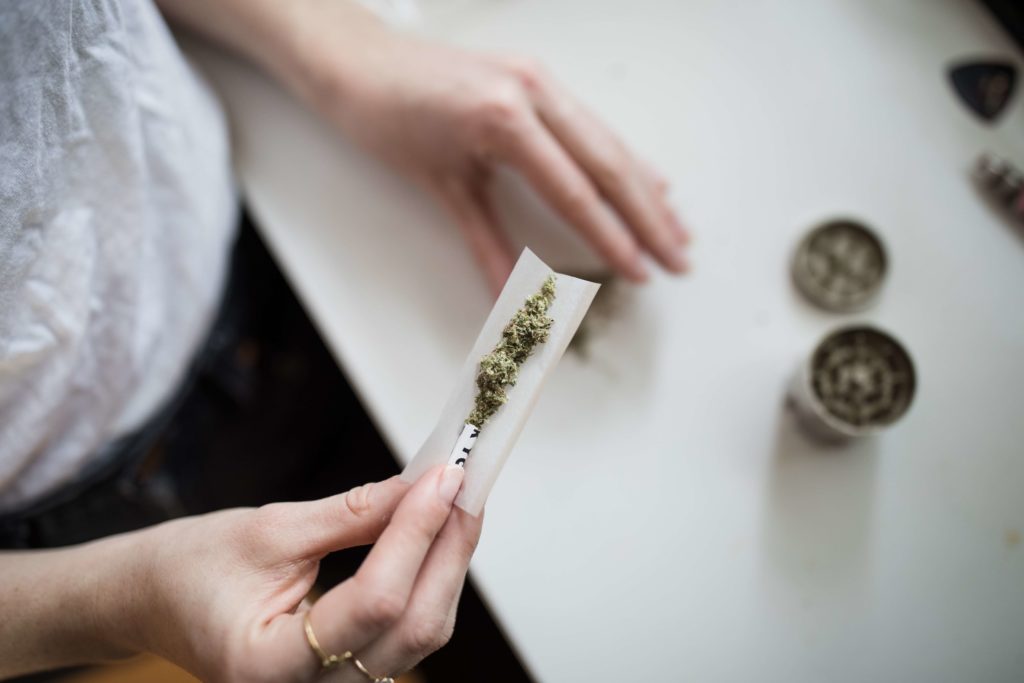 Canada was the first leading industrialized country in the world to legalize the cultivation and sale of cannabis in October 2018. Many people in the world’s second-largest state like this. Even Karine Cyr.

Smoking marijuana has made her “a better mother,” says Cyr. She is one of many Canadian mothers who have been openly talking about their cannabis use since legalization. The mother of two founded a Facebook group to share her cannabis experiences – and she is very popular with them.

“People have no idea,” says Cyr. “They still think if we take cannabis, we’ll just sit in front of the TV like teenagers with pizza.” In her opinion, this idea does not correspond to the truth: “When I consume cannabis, I do the housework and play with my children. Then I’ll be more patient with them. It helps me be a better person.”

The danger of passive smoking

The women, among them entrepreneurs, psychologists, models, and photographers, defend themselves against the many expectations of mothers. “I have to work full time, be with my children all the time, have a clean house, pay my bills on time and change my winter tires on time,” says Jordana Zabitsky from Montreal, a member of the Mother Mary group. “There’s so much on my shoulders – but I’m only human. Cannabis helps me do my daily tasks better.”

The Canadian Ministry of Health, on the other hand, warns parents against smoking weed: Those who consume cannabis expose their children to the danger of passive smoking. In addition, there is a risk that mothers and fathers may be restricted in their attention and responsiveness.

Cyr, on the other hand, considers cannabis to be a good alternative to the psychotropic drugs prescribed to mothers for depression and anxiety. Cyr started taking cannabidiol oil (CBD) for relaxation after her second pregnancy. Her doctor had prescribed her medication, but she felt like a “zombie” with them. “I had severe sleep disorders, but the first time I took CBD I slept through it again,” she says.

Doctors advise against marijuana during pregnancy

Studies show that cannabis is becoming increasingly popular among Canadian and American women. Some manufacturers try to target young mothers with their advertising. Zabitsky says that she also used cannabis during her pregnancy. “Just before I gave birth, I smoked a really big joint, and that was fantastic. My doctors knew about it,” she says.

The doctor Antoine Kanamugire advises against marijuana during pregnancy. “The THC, the psychoactive substance, goes through the placenta, so the baby gets ten to 30 percent of the maternal dose,” warns Kanamugire, who has written a book on the dangers of smoking pot. According to him, cannabis could have serious consequences for the development of the central nervous system and the immune system.

These warnings do not catch with Zabitsky and the other women in her group. They argue that cannabis has not yet been sufficiently researched because it has been banned for decades. In her living room, Zabitsky presents homemade THC butter and cannabis sweets. “It’s like Viagra for women,” she says and laughs.