The Argentinian province of Jujuy has got a lot of attention for its efforts to seize the economic advantages offered by the legalization of cannabis. How exactly are they doing so? From the dirt to the lab, their state of the art facility is only growing as it increases the potential output, and quality, of CBD oil and other key medicinal cannabis products for the Argentinian state. 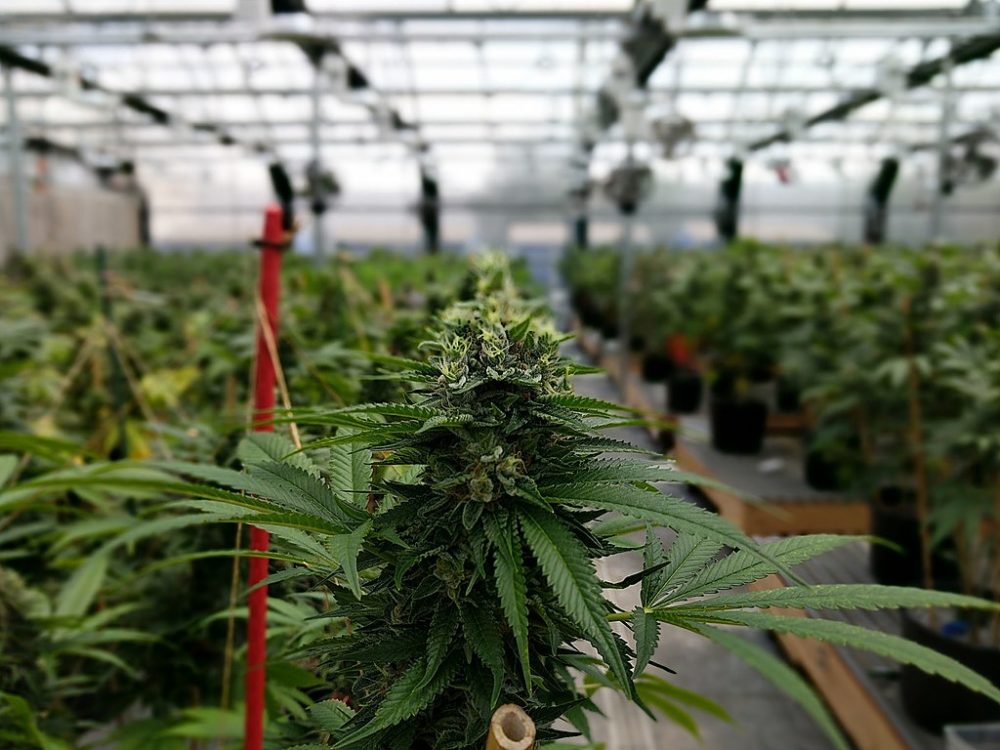 “About tobacco and cane, ask me what you want”, invites Jorge Orlandi, as a good Jujuy farmer, and clarifies that he is still “learning” about cannabis. He never imagined that at the age of 52 he would be in charge of the first large-scale cultivation of cannabis in the country. And yet, there he is, surrounded by half a hectare of the thousand-year-old plants that, until the beginning of December, the UN classified in its list of the most dangerous drugs in the world.

The El Pongo farm, located half an hour southeast of San Salvador in the town of Perico, became the headquarters of the state company Cannava two years ago, the first to receive authorization to begin producing cannabis under the law that enabled its medicinal use in 2017. Orlandi is in charge of the 9 thousand hectare field, where about 150 small producers work.

To follow the progress of cannabis legalization in Argentina, as well as the commercial and legal developments in the world of hemp news, download our companion Hemp.IM mobile app.

Cultivating the cannabis crop in Argentina

Accustomed to the blinding sun and the heat that never stops being intense, the farmer shows the rows of plants that are located on the lines of artificial irrigation separated by a meter of distance. “It is not a weak little plant”, he describes and recalls that they had already made a first test outdoors in winter with 300 plants.

On October 23, they began to plant the 5,000 square meters that you see now. They did it in four dates to measure how the strain of cannabis behaved with the hours of light and the rains, which in summer are high and can attract fungi, insects and plagues. It is the last test before increasing the production. They will sow 35 hectares in the first semester of 2021.

“Before this, I was a detractor of the subject of cannabis, I had never seen a plant and I had the idea that more or less all my generation has”, he said during the tour of the property.

The information on the therapeutic uses made him change his mind. Especially when a niece with West Syndrome began to use oil of cannabis imported from the United States at a “very high” cost. She went from having five daily convulsions, to days when if it happened, it was only one: “It is not the cursed plant that they say and I believe in which we are doing is going to be something truly beneficial”.

Germination of the Argentinian Cannabis Company

Some nine thousand square black pots glow under the UV light tubes. The germination chamber is a closed room without windows that has shelves on both sides. It is where the whole process begins and the first stop is chosen by Gaston Morales, the president of Cannava, to tour the company. The first batch of seeds, he says, was imported from Colorado, United States, and allowed a harvest of 500 kilos, with which the first products of medical cannabis were produced.

On Wednesday, Morales launched in an act together with his father, Gerardo, the governor of Jujuy, and other three Argentinian governors, the first batch of the pharmaceutical ingredient that will serve as supply for public and private laboratories to develop their master formulas (oils, creams or tinctures) to supply people with cannabinoid treatable pathologies, such as CBD and THC, the active molecules present in the flowers of the plant.

“90 percent of the plants we harvest yielded very high components of CBD, allowing us to go for medical grade products for the treatment of refractory epilepsy. For oncological pain and AIDS treatment, we will need another strain with higher THC components,” he explains. Cannava, he assured, will have a public germplasm bank dedicated to the production of cannabis seeds. In two years, he assured, the province will have “the first Jujuy strain, and hopefully it will not be one, but several”, he promised.

Greenhouses are another innovation for Argentina’s Cannabis

Once the seedlings reach about 5 centimeters in height, it is time to transplant them for growth, which takes about three months, and flowering, another two months. “The transplant is simply made into pots of 16 to 20 liters. Everything is set up with drip irrigation. Each pot has two sprinklers to make a uniform distribution of water,” explains Hernan de Arriba Zerpa, director in charge of Cultivation and Production of the company.

De Arriba Zerpa explained that, at the beginning, each plant was sealed with a code, but then it was decided to do it by the planting lot. “And as soon as there is a plant that is removed due to some problem, it is recorded in the traceability system, so that when one reads the bar code, there is the number of plants, in addition to all the data on the date of planting, the treatments and the health and nutritional plan made for the crop,” he details.

Drying chambers are key to the company’s cannabis harvest

Once harvested, the plants are taken to the farm’s more than 100-year-old building, which was converted into a prototype laboratory. There are two drying chambers, in which the plants are hung and the humidity is reduced. “This is the transition between the field and the laboratory”, defines Morales Junior and points out that it is a key process, in which two variables must be controlled: quality and traceability.

The first one has to do with guaranteeing that “the dehumidification of the flower is gradual, because if it is done abruptly, the properties, the cannabinoid, of the harvest are lost”, he details.

Traceability is the mechanism of internal and external control, by which each lot of plants is followed through a bar code, from the tray until it is finished processing.

Those who work in science know that laboratories rarely resemble the eccentric settings of fiction films. Especially given the advances in computer technologies. It is not the case of the extraction room for the active ingredients of the cannabis within Cannava: there are distillers like rotary glass globes, balls and tubes with irregular forms by which the oil circulates, remainders that drip in test tubes, refrigerators and liquids that bubble. The quintessential alchemist’s laboratory!

The plant material arrives through a window located in the warehouse, after the trimming process, in which the flowers are separated from the leaves and stems. Each bag, vacuum-sealed, has its own bar code and identification number, through which it is possible to access the entire journey it had since the germination.

From there, the scientists work to obtain a concentrate of complete spectrum, that contains cannabinoides like CBD, THC and terpenes, and other components in small concentrations that are important for medicinal derivatives.

The director of laboratory Marcelo Watela, the pharmaceutical Lucyana Abraham and the biochemists Luciano Portero and Noelia Carretero develop four stages: the extraction, that is done with Ethanol; the rotoevaporation, where that solvent is separated; the decarboxylation, process by which the cannabinoids are activated, and the purification, that obtains a refined oil to 98 percent.

Everyone in Argentina wants to know: what is in the cannabis bottle

In the quality control room, a power analysis is done, by which small samples are put in a HPLC (high performance liquid chromatography) processing machine, which gives a digital graphic with the cannabinoid concentration levels: CBDA, CBGA, CBG, CBD, THC and THCA. And finally, it is packed with all the information needed so that the laboratories can make the distribution of percentages, according to the targeted pathology, to obtain a product that can be delivered in pharmacy. Cannava has already managed to make one, based on sesame oil.

Before being able to start distributing both this ingredient and the final oil, Anmat must approve the products. “The stabilization is missing, which is to determine what the expiration time is”, detailed Morales to this newspaper and advanced that in February 2021 a 600 square meter laboratory will be added, designed according to the standardized processes in the pilot, for scaling up the production.

“In Jujuy, we have the environmental benefits and an opportunity to generate added value to the primary economy, in addition to generating jobs,” said the director of the state-owned company. They estimate that in the next few years they could employ 4,200 workers.