The North American cannabis index is now trading at the same level as it was in 2017. According to experts, the cannabis industry is facing problems such as obtaining loans or credit card payments. The reason is that cannabis is not yet legal everywhere. In Canada, for example, cannabis prices are often twice as high as on the black market due to high taxes and costs. 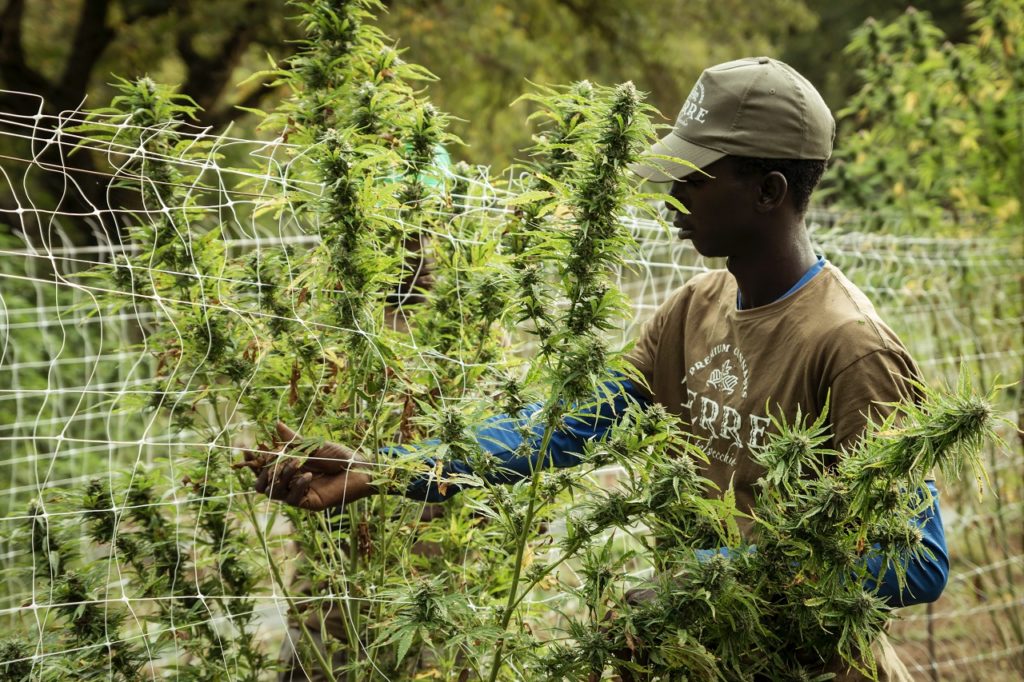 It is not so long ago that cannabis shares were among the absolute peak on the stock market favorites. First, in Canada, and in the U.S. state of California, the release of cannabis as a stimulant became apparent, the share prices of many companies went through the roof. The marijuana index more than tripled between November 2017 and January 2018, and numerous newcomers to the stock market presented their ambitious plans in attractive PowerPoint presentations on how to earn a lot of money in the future billion-dollar market.

In the meantime, reality has caught up with the industry, and the North American marijuana index is now trading at the same level as of autumn 2017 and almost two thirds lower than its 2018 record highs.

Industry experts cite several reasons for the current problems in the industry. For example, although cannabis is now legalized in 33 U.S. states, at least for medical use, at the federal level is still classified as an illegal drug. Therefore, it is extremely difficult for cannabis companies to obtain loans, open bank accounts, or offer credit card payments.

Stay informed with the latest in cannabis, hemp, and marijuana news with our Hemp.im mobile app.

The industry suffered a further setback last October when the American health authority, the FDA, issued its first warning against the use of e-cigarettes containing the cannabis active ingredient THC. A study had identified some of the products as a possible cause of severe lung damage, from which more than 2600 people in the U.S. are said to have fallen ill and almost 60 died by the end of the last year.

Since the use of cannabis was completely liberalized in autumn of 2018, the industry in neighboring Canada has had to contend with fewer administrative hurdles, but demand has so far fallen well short of expectations. According to surveys, not even every third cannabis user procured his or her substance through legal channels, where prices are often twice as high as on the black market due to high taxes and costs.

As a result, many producers are now sitting on huge inventories, while sales and earnings are nowhere near their earlier forecasts. In the meantime, the development is causing existential problems, especially for smaller companies, but also some of the large companies have recently been forced to make radical staff cuts or replace management. These include industry leader Canopy Growth, for which co-founder Bruce Linton had to quit last summer.

The company is now headed by David Klein, the former CFO of major shareholder Constellation Brands. On February 28th, he reported a strong 62% increase in net sales for the past quarter and a reduction in the Ebitda loss from $117 million to $69 million (CA156 million to CA92 million). At the Canadian manufacturer Aphria, Irwin Simon, the previous interim head, will now hold a permanent position on the board. The company expects revenues for the current year to be between $431 million and $468 million (CA575 million and CA625 million) and a positive Ebitda of $26 million to $31 million (CA35 million to CA42 million). In a peer group comparison, the share is thus one of the cheaper producers. Only recently, the company secured a cash injection of $75 million (CA100 million). An undisclosed investor acquired more than 14 million shares at a price of $5,33 (CA7,12) per share and was granted further subscription rights.

Currently, the stock is more than 20% cheaper on the stock exchange. Incidentally, the company did not really need fresh funds; at the end of the quarter, it still had a liquidity portfolio of almost $375 million (CA500 million).

Anyone with anti-cyclical skills and a little patience can speculate on a comeback with these large, financially strong cannabis titles. They are likely to be the first to benefit when investor interest in the sector returns. There is plenty of growth potential within the sector in the years ahead. While other U.S. states are about to relax their laws, legalization efforts are likely to continue in Europe, which is considered the largest market for medical cannabis.

With the Medical Cannabis and Wellness UCITS ETF, Europe’s first exchange-traded cannabis fund has been listed on the market since mid-January. Launched by the Canadian fund company Purpose Investments and the British ETF issuer Hanetf, the ETF invests in public companies active in the field of medical cannabis applications.

Some stock market professionals have recently compared the cannabis market with the volatile beginnings of the biotech sector, where there were also high fluctuations at the beginning. If history repeats itself, this could be a good time to enter the market.

First published in Boerse-online, a third-party contributor translated and adapted the article from the original. In case of discrepancy, the original will prevail.