Cannabis is a new industry and sometimes viewed with suspicion. But it is slowly beginning to gain ground and interest international investors as it promises good profitability in the medium term. Moreover, an official report estimates that it can reach an annual turnover of US$4.5 billion annually due to the versatility of its use, and is already attracting plenty of attention. 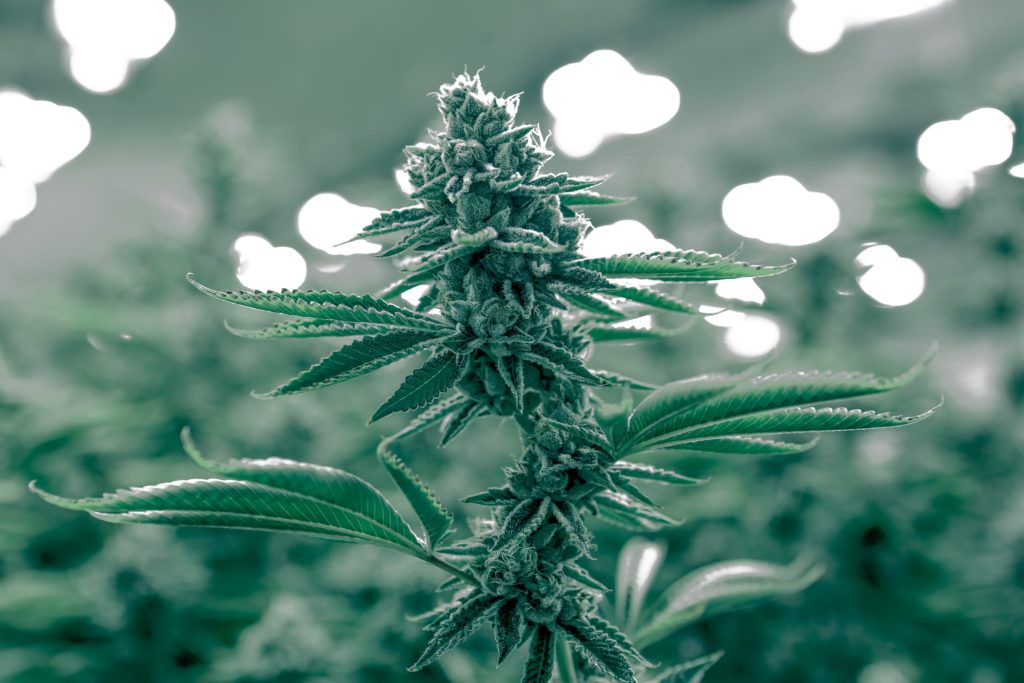 Cannabis is a new industry and sometimes viewed with suspicion. But it is slowly beginning to gain ground and interest international investors as it promises good profitability in the medium term.

Moreover, an official report estimates that it can reach an annual turnover of US$4.5 billion annually due to the versatility of its use. Indeed, it is already attracting the attention of planting pools, entrepreneurs in the gastronomic sector, foreign laboratories, and even a major multinational food company.

The cultivation of cannabis for both medicinal and industrial use in Argentina has already been baptized as “the soybean of the future.” This is largely due to the interest it has been getting from investors of different origins.

In this sense, most of the provinces of the country are developing cannabis projects based on the strong potential of this promising business and investment scenario.

A case in point is Cannava, a state-owned company in Jujuy created by Governor Gerardo Morales for the development of cannabis-based medicines. There are also similar public enterprises in Misiones and San Juan; joint ventures, such as that of the government of La Rioja, or the Municipality of San Pedro in the province of Buenos Aires). And even entirely private developments such as those of the ABP Drugstore or Pampa Hemp.

Faced with this context, the national government itself will lay the foundations to regulate the future of this “industry” by sending to Congress a bill that aims to set the guidelines for the development of medical and industrial cannabis.

The spokesman for the initiative is Matías Kulfas. The Minister of Productive Development will present the bill on May 24 at a meeting called by the Economic and Social Council (CES), which is usually coordinated by Gustavo Béliz in his role as Secretary of State for Strategic Affairs of the Nation.

On that day, the guidelines of the official law initiative that Kulfas has been working on for at least a year and whose results are largely based on the conclusions of research carried out by the Council for Structural Change (CCE), which is part of the product portfolio, will be known in depth.

Argentina: a US$450 million cannabis market

According to the study, the cannabis market has a potential of US$450 million, money that arises from comparing Argentina with Canada where this industry reaches a turnover of US$876 million per year.

After adjusting the Canadian parameters to local population and GDP, the report concludes that in Argentina the business would start from a base of US$450 million would increase in the medium- to long-term due to its development potential.

This is due to the fact that the cannabis value chain encompasses a wide range of processes and actors ranging from the development of genetics in seeds, phytosanitary products, equipment, through agricultural production, followed by harvesting, to the transformation of the biomass according to the uses to be given, for example, medicinal, recreational, industrial.

In fact, the work of the EEC anticipates that “the expansion opportunities for this industry are not limited to the medicinal and recreational market,” and estimates that cannabis can be used for industrial purposes and in horticulture, to manufacture various derivatives (fibers, cosmetics, paper, construction materials), as well as food, beverages and infusions.

Additionally, this industry generates indirect repercussions not only for the purchase of inputs and capital goods for its different stages and segments, “but also for the need to have analysis and testing services to guarantee quality attributes, traceability, composition, and potency (THC content, the main psychoactive component) of the raw material and derivatives, including genetics, compound profiles, detection of contaminants and/or agrochemicals, and presence of pathogens.”

Taking into account these economic data, the bill promoted by Minister Kulfas intends to provide a regulatory framework known as “Development of the medical cannabis and industrial hemp industry.”

With the project, the Government wants to ensure the rules for the cultivation, processing, transport, sale and use (including research purposes) with varieties produced with a low THC content that does not allow adult or “recreational” consumption, taking as examples models from other countries more advanced in the matter, such as Uruguay, Colombia or Canada.

Kulfas himself defined a few days ago the scope of the law during a radio interview in which he assured that it is a growing industry and that it promises a very strong expansion at the international level. “In addition to offering medicinal solutions to many people who need them and who until not long ago were in illegality, it means developing a new industry”, added the official, for whom there are a large number of medicinal and industrial products and by-products linked to this sector.

In any case, he warned that it is a business that requires strong regulation “because it is a type of industry that has some aspects that are legalized and others that are not, so it requires a specific control”.

For Kulfas, it is an industry that can be taken to a new productive scale that will generate a lot of employment and also exports.

It is worth clarifying that this project is independent of Law 27,350 on the Medicinal Use of Cannabis, which legalized self-cultivation for this purpose and which was regulated on November 12 last year, establishing a specific registry for those who grow cannabis for medicinal, therapeutic and/or palliative purposes.

In the new bill, hemp is considered to be the seeds, plants and their parts (stems, leaves, flowering tops, roots) of the species cannabis sativa L., as well as its extracts and products. It can contain up to a maximum limit of 1.0% in concentration of the chemical component delta9 tetrahydrocannabinol (THC).

In its article 3 on Public Production, it is informed that the enforcement authority appointed by the National Executive Power, will arrange actions conducive to the industrialization of hemp in sufficient quantities for its exclusive medicinal, therapeutic and research use.

In addition, the State will assume control of the entire cannabis production chain, storage, commercialization and distribution, and may authorize the cultivation by the Conicet and INTA for medical and/or scientific research and production purposes. In all cases, production will be prioritized and encouraged through the public laboratories grouped in the ANLAP.

The regulation also stipulates a series of guiding principles:

To propitiate the highest level of health and social welfare, seeking actions tending to prevent, cure and give palliative treatment to diseases with the appropriate medication, propitiating the availability of the latter to guarantee an inclusive and equal access to cannabis.

Likewise, technical, scientific and professional training programs related to cannabis cultivation and industry must be promoted; cultivation guidelines must be designed, in coordination with Conicet and INTA, and control and inspection mechanisms must be implemented to guarantee good agricultural production practices, sustainability and respect for the environment, as well as compliance with the maximum limit of THC content.

Among the prohibitions, the bill prevents the planting, cultivation, harvesting and commercialization of any plant from which narcotic drugs and other substances that determine physical or psychic dependence can be extracted, except for exclusive purposes of scientific research or for the elaboration of therapeutic products for medical use.

“Due to the remarkable effectiveness of the hemp substance for the treatment of various health conditions, it is appropriate to advance in the national production of the drug to provide the Argentine citizenship with an equal and inclusive access to health, guaranteeing accessibility to this type of treatment”, stipulates the project in its foundations.

It also lists the potentially beneficial uses of this substance, which can be seen in many diseases, because almost all organs and systems have sites for it to exert its effect by the action of the active principles of the plant, “knowing the beneficial effects on health, its medicinal use is understood as an anti-inflammatory, analgesic, protective and restorative of nervous tissue, anticonvulsant, muscle relaxant, appetite stimulant, anxiolytic, sleep inducer and preventive of relapse and withdrawal syndrome, among others”.

First published in Iprofessional, a third-party contributor translated and adapted the article from the original. In case of discrepancy, the original will prevail.