Coming from a long line of Farmers, Conrad and Vincent Bernier have taken the plunge into cannabis production and the bet has paid off. Of course, the journey has taken several years and initially started with the marketing of hemp seeds as a superfood. However, with the 2018 legalization of cannabis in Canada, the range of products evolved and profits went up. Here we tell their story. 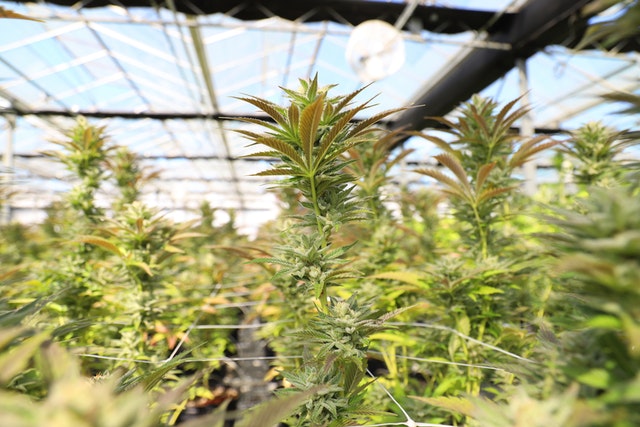 On the land of their cannabis start-up, as they call it, Conrad Bernier and his son Vincent demonstrate how the audacity and vision shared by the two farmers are common family traits that keep them together. And now, five years after starting this adventure, they are finally beginning to reap the fruits of their newfound passion.

Farming Family Makes the Conversion From Sheep to Cannabis

Coming from a long line of farmers, Conrad Bernier has an impressive background. He started as a sheep producer in 1968, “in the row, not far from here,” he says. He acquired his breeding farm with Marielle Arcand in 1975, which has since been taken over by one of the couple’s four sons and his wife.

Vincent Bernier is not an agronomist, “but I fell into it,” he says. His department is the business and marketing side. On the farm, “I do a lot of management,” he explains. We also have sub-contractors and employees during peak periods, such as trimming.”

Near the greenhouse, in a room where the light is controlled, nearly 200 plants loaded with flowers will be harvested shortly before ending up, in a month, on the shelves of the Société québécoise du cannabis (SQDC) — an impossible scenario not so long ago.

“The potential of the plant is enormous! It fascinated us from the start,” says Vincent Bernier.

It all Started With Cannabis Seeds

“When we started, we could only produce seeds,” explains Conrad Bernier. However, the “family project,” supported by eight other investors, including Ms. Arcand, quickly changed course. The Cannabis Act of 2018 made it legal for members of the Canadian hemp industry to harvest the entire plant: the flowering heads, branches, and leaves.

It was enough for the Berniers to bet the farm on the potential of cannabidiol, more commonly known as CBD, a molecule that would have therapeutic virtues.

After three years of testing, or “crossing the desert,” as Vincent Bernier likes to say, the farmers joined the SQDC, opening the door to the wellness market. It settled permanently in Saint-Lambert-de-Lauzon in 2020, on the lands of the former seigneury of Lauzon, hence the name of its new brand, La Seigneurie. “We have the Joints of the Baron, the Flowers of the Marquise, and in September, we should integrate new formats,” says Vincent Bernier about their range of products.

The Berniers have no discomfort around this non-standard farming crop. “I have no problem with that! Even that it’s a bit my fault if we got involved in this,” says Mr. Bernier, the father, uninhibited and with a smirk.

“All my life, I have been on the lookout for new farming projects that were promising for the community as a whole and for agriculture,” adds the man who worked for 33 years at the Ministry of Agriculture, Fisheries and Food. Informed of everything that happens in agriculture, not hesitating to go to a conference on cannabis in Uruguay, he is passionate, and it shows: “I don’t know by what chance, but I had the sting from a young age of agronomy, agriculture, but also performance in the sector to always be ahead.”

The father and son envision a bright future for the family farm in the booming CBD industry. They are aiming for 25% growth next year.

“We want to be the leaders in the Canadian market, adds Vincent Bernier about the Quebec sector. We don’t want to be invaded by products from Ontario and Vancouver.”

But, “the regulations are not flexible,” emphasizes Conrad Bernier, which complicates marketing and access to licenses. “We have to sell our product to a cannabis producer, and he can market it to the SQDC,” he explains.

Never mind, nothing stops the Berniers, who have international ambitions for the family farm. “There are possibilities and plenty of room! We are at the beginning of the story”, thinks Vincent Bernier.

Challenges Beyond the Farm

Increasing the CBD content of production and reducing that of THC to leave only traces, “that’s the whole challenge,” thinks Vincent Bernier.

“Genetics can influence the level of CBD and fertilizers too,” says Vincent. But chemical examinations of the farm products in an independent Quebec laboratory are “a plus in improving our performance,” he adds. He also notes that the analysis allows the family to follow the evolution of harvests. Health Canada also requires them to do so as a guarantee that their farm produces cannabis “free of heavy metals, pesticides, microorganisms or bacteria.”

Over the past three years, their farm has increased production from 1% CBD when growing just hemp seeds to 12% to 17% today.

The Berniers established their industrial hemp farm some 200 km from their current production. “We chose Kamouraska because we knew it was one of the best areas in terms of soil and temperature,” says Conrad Bernier.

They leased and field-produced about a ton of seeds annually, sold as a superfood. With the legalization of cannabis, Mouska Chanvre switched its new farm over to cannabis production, a profitable shift for the company to capitalize on the new CBD industry. “The advantage is to have better control over the growth, for example, the light to make the plant grow faster.” As a result, reducing the time between two harvests becomes possible and ensures better productivity. “Currently, every three months, we have a harvest.”

First published by La Terre de Chez Nous, a third-party contributor translated and adapted the article from the original. In case of discrepancy, the original will prevail.