The legal tribulations of the industrial hemp market in France just keep on coming. The Court of Cassation has just rendered, a week apart, two decisions on the legal framework of this sector. The two decisions, however, are limited to minimally broadening the French legal framework authorizing, by way of exception, the industrial uses of hemp, to meet the requirements of European law. 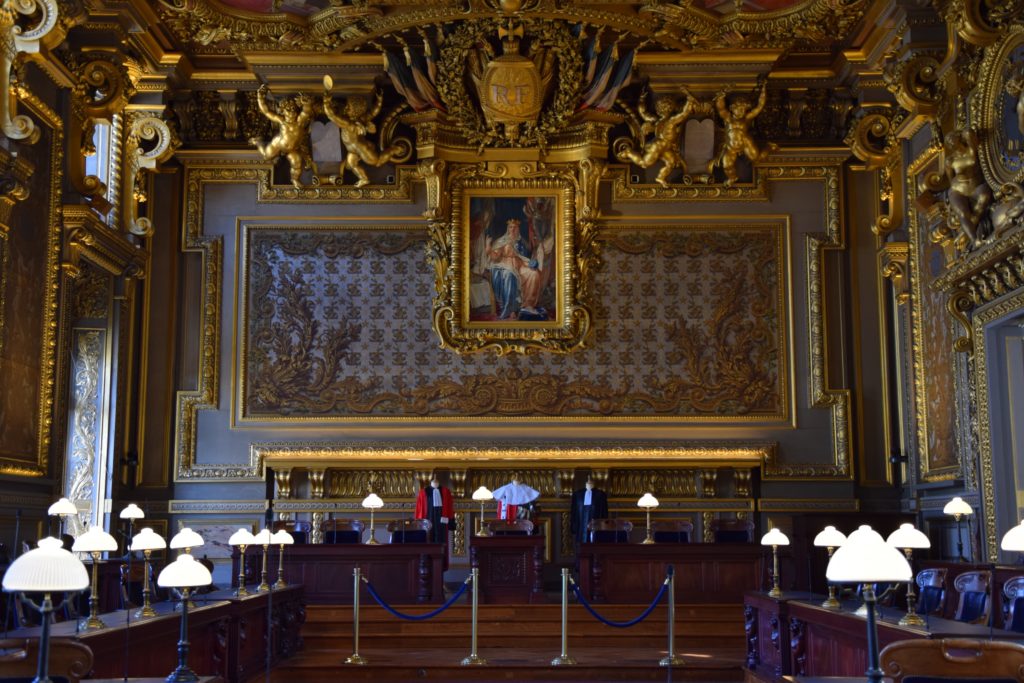 The distinction between the licit activities of exploitation of non-psychotropic varieties of cannabis sativa L. and the illicit activities of trafficking and use of its narcotic varieties has long given rise to no difficulty. This is no longer the case since the development, with growing success, the sale of cannabidiol (CBD, hemp extract devoid of intoxicating effect but to which one lends relaxing virtues) and low-content hemp flowers. delta-9-tetrahydrocannabinol (THC, a psychoactive molecule that causes cannabis intoxication). Does this activity fall under ordinary commercial law or the exceptional criminal legislation applicable to drug traffickers? French legislation, due to its imprecision, has so far not made it possible to settle the question.

Economic players, producers, processors and distributors, who work to modernize the French hemp industry in a global context, suffer from this legal insecurity. Frequently prosecuted for breaches of narcotics legislation, these entrepreneurs have their stocks seized, their establishments closed, and their reputation tarnished by the infamous accusation of drug trafficking in proceedings that can last for months or even years. , while the illegality of their trade has not been established.

In the absence of any clarification of the law by the legislator, it is up to the courts, confronted with a dispute fueled by the prosecution, to lay down the principles applicable to this activity sector. This is how the Court of Justice of the European Union (CJEU) ruled out, a few months ago, that French regulations prohibit the marketing of CBD legally produced in another Member State, unless it can be established that such measure is necessary for the protection of public health (CJEU 19 Nov. 2020, BS and CA,  aff. C-663/18, D. 2021. 1020 , note R. Colson and Araceli Turmo ; AJ criminal 2021. 84, note Y. Bisiou).

Taking up the arguments of the European jurisdiction, the criminal chamber of the Court of Cassation draws all the consequences in two judgments of June 15 and 23. The senior magistrates affirm, on the one hand, that the marketing of products containing cannabidiol cannot be prohibited in the absence of proof that they fall into the category of narcotic drugs. They observe, on the other hand, that the sale in France of cannabis flowers with a low THC content does not constitute an infringement of the legislation on narcotics since they have been legally produced in another Member State of the ‘European Union. The perimeter of legal hemp is thereby widened and better defined, making inevitable legislative intervention to regulate this sector of activity.

For more of the latest legal developments in hemp, cannabis, and CBD, download our companion cannabis news app.

The marketing of products containing cannabidiol is not prohibited

In a first judgment dated June 15, the Court of Cassation rejected the appeal lodged by the public prosecutor of the Dijon court of appeal against the release, ordered by the investigating chamber of the same court, of the closure of ‘an establishment that marketed CBD products. To overturn the provisional closure order taken by the examining magistrate, the appeal judges had mobilized several arguments, including the extreme confusion which characterizes the French legislation applicable to the hemp trade. This proves to be incompatible with the general principle of strict interpretation of criminal law, which requires clarity and readability of the rules.

To illustrate the lack of consistency of the applicable texts, the investigating chamber evokes jumbled up the rules governing CBD which vary according not to its composition but to its origin (synthetic or natural), the authorization by way of The exception is delta 9-tetrahydrocannabinol (THC) in its pure form, whereas it is precisely the psychotropic effects of this molecule that justify the prohibition of cannabis, and the fact that this drug is now the subject of therapeutic use. The trial judges also observe that CBD is not listed either on the list of poisonous substances or on that of narcotic substances. Therefore, in the absence of proven presence of THC in the seized products, the closure of the establishment was not considered justified by the appeal judges.

The Court of Cassation validates this position and concludes in a final statement which gives its rejection decision the appearance of a leading judgment: the prohibition of the marketing of products containing CBD cannot be ordered in the absence of proof that these fall under the category of narcotics. By laying down this rule, the judges are aware that the Court of Justice of the Union has very explicitly established that CBD is not a narcotic within the meaning of international treaties which constitute the touchstone of French drug law. . In doing so, the Court of Cassation goes beyond the Court of Luxembourg. In its case-law based on the principle of freedom of movement of goods, the latter only envisaged the hypothesis of the sale in France of CBD legally produced in another Member State of the Union. Reading the judgment of the criminal chamber, one can think that the senior magistrates dispense with this last condition and postulate the legality, in French law, of the trade in products containing CBD, whatever their origin.

The sale of legally produced hemp flowers in Europe is allowed

In a second judgment dated June 23, the criminal chamber ruled on a decision that had given rise to the seizure of flowering hemp luminaries containing only trace amounts of THC. The appeal judges had considered illegal the possession of this merchandise on the basis of article R. 5132-86 of the public health code which prohibits any activity relating to cannabis. They also ruled out that the derogatory device established by the decree of 22 August 1990, which exceptionally authorizes “industrial and commercial use (fibers and seeds)” of certain varieties of hemp, applies to seized flowers. low in THC.

The judgment of the Court of Appeal is finally overturned with the visa of Articles 34 and 36 of the Treaty on the Functioning of the European Union. The judges of the Court of Cassation recalled that the principle of free movement of goods “opposes national regulations prohibiting the marketing of cannabidiol (CBD) legally produced in another Member State when it is extracted from the cannabis sativa plant. in its entirety and not from its fibers and seeds alone ”. But the criminal chamber, which here takes again word for word the argument of the Court of Justice of the European Union, goes beyond since it extends this reasoning to the luminaries flowered with hemp where the European judges evoked only the cannabidiol.

The Court of Cassation leaves little room for maneuver to the referring court: the sale of hemp flowers legally produced in another Member State of the Union is lawful unless it can be established that its prohibition is “suitable for ensuring the achievement of the objective of protecting public health ”and that it does not go“ beyond what is necessary for it to be achieved ”. As daring as it may appear, the decision is not surprising. It anticipates a future European dispute from which France will not escape if it maintains a regulatory straitjacket on industrial hemp that is hardly compatible with the spirit of the single market. As the government is slow to assume its responsibilities in this area, it is the judges who are forced to determine the domain of legal hemp. Rest assured: it remains strictly constrained by European legislation.

The scope of legal hemp

The Court of Cassation has not legalized cannabis in France through European law. The Josemans case- law of the Luxembourg Court (CJEU 16 Dec. 2010, Josemans v. Burgemeester van Maastricht , case C-137/09, AJDA 2011. 264, chron. M. Aubert, E. Broussy and F. Donnat ; RTD eur. 2011. 597, obs. A.-L. Sibony and A. Defossez  ; v. equal. CJCE July 5, 1988, Happy family, case C-289/86; and, in the case of heroin, CJCE Feb 5, 1981, Horvath, aff. C-50/80) remains relevant: narcotics cannot benefit from the principle of freedom of movement outside strictly supervised circuits of use for medical or scientific purposes. Cannabis with a THC content greater than 0.2%, therefore, remains outside the scope of the freedoms of movement. While its sale is de facto tolerated in a growing number of States, its marketing remains de jure prohibited in the territory of the Union.

In a much more modest way, the two decisions of the Court of Cassation are limited to broadening the French legal framework authorizing, by way of exception, the industrial uses of hemp, to meet the requirements of European law. The latter already takes into account the risks to human health associated with the exploitation of hemp by restricting it to goods obtained from plants whose content does not exceed 0.2% THC. The fact that these natural products can be marketed to make herbal teas or to be vaporized is not enough to switch them from the category of legal industrial hemp to that of illicit recreational cannabis. This clarification of the law cannot however exempt the legislator from intervening, not to prohibit this type of product, but to specify the conditions of sale.

First published in Dalloz Actualite, a third-party contributor translated and adapted the article from the original. In case of discrepancy, the original will prevail.