France is on the cusp of cannabis legislation that will open many doors, and close others. But what do French cannabis businesses think about the current state of affairs, as well as the future for the sector. We asked several innovators, entrepreneurs and French cannabis business owners to find out what the future holds for this European country even as its neighbors accelerate. 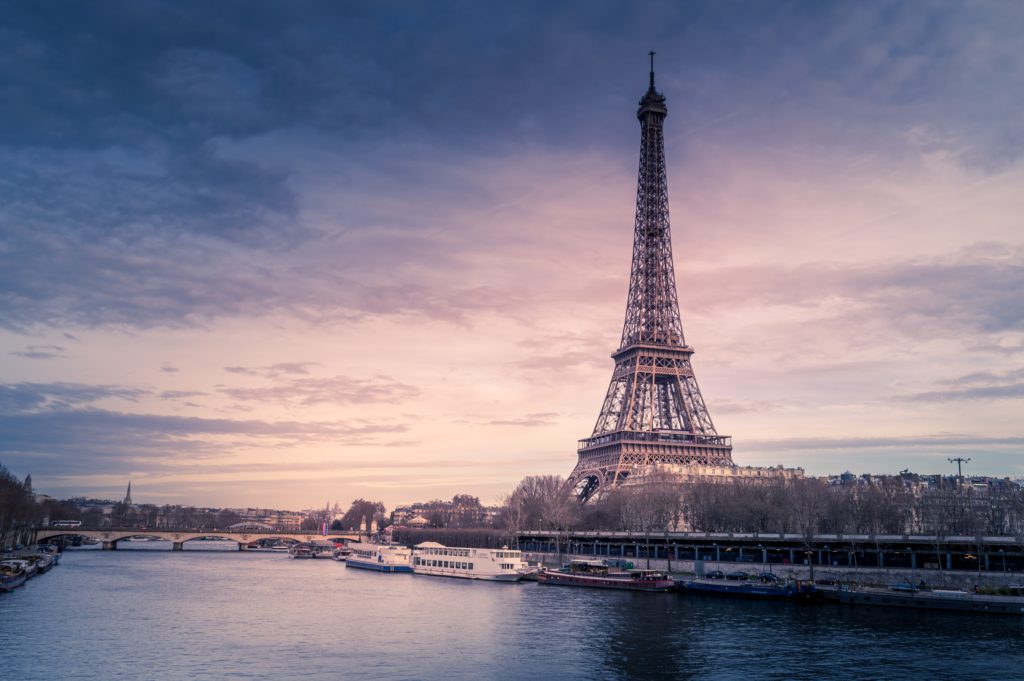 “We are groping our way forward”. This sentence pronounced by Léa Ruellan, founder of the brand Equilibre CBD, could have been said by all the french cannabis bussiness owners interviewed for this article. So much the future seems vague for the French companies invested in Cannabis. Despite everything, everyone is trying as best they can to anticipate the years to come.

Anxious about what the future for cannabis business in France? Hope-full about the shifts in legislation in Europe and across the globe? Keep up to date with all hemp and cannabis news thanks to our Hemp.IM app!

What will the French market look like? What will the cannabis law in France say? What will be the new technologies? It’s not easy to answer all these questions when you’re preoccupied with the present, as is the case for many entrepreneurs in the cannabis world.

For a business leader, anticipating the future is crucial. “It’s very important to know the direction to take and the investments to make,” says Raphaël De Pablo, owner of La Ferme médicale and hemp producer in Bordeaux. In the field of CBD, particularly, companies are waiting for the decree authorizing the molecule to be published.

French businesses “want to invest in cannabis but can’t”

“We want to invest, but until the decree authorizing CBD is signed, we can not. We have investors ready to follow us, the problem is to say to them: ‘If you put a million euros on the table, we are not sure to be able to use it tomorrow’, continues the wine grower from Bordeaux.

Others still have some small techniques to wait. At Equilibre CBD, Léa Ruellan bets for example a lot on cosmetics, because they are “already authorized at the European level”. In this way, the head of the company knows that she will have “no problems”.

Another way to wait: manufacture as much as possible, then store it until the decree is issued. This is the bet of Jérémy Lagrue, founder of SFE Process. His company manufactures machines to extract various molecules from plants, including CBD. “To manufacture a machine, we need 6 to 8 months. So the idea is to manufacture several, to put them in stock. Like that, the day when the decree is released, we can meet the demand. We know that the first to arrive will be the first to be served.

But there’s a problem: “It’s a big cash outlay” to manufacture in advance. “We try to anticipate as best we can, but we know we won’t be able to serve a hundred customers,” regrets the engineer.

Lower prices for CBD and cannabis in France ?

Regarding the sale in store, the professionals of the CBD sector have a major fear for the future: the fall of the prices. “When I arrived on the market in 2018, the signs were selling CBD flowers at 20 euros per gram. Today, even 10 euros per gram is unthinkable! We are more around 6 to 8 euros, “observes Mao Aoust, president of High Society, a chain of 180 CBD stores.

“This is a fairly normal result of competition: from the moment there are more stores, prices fall because consumers have the choice,” explains economist Pierre-Yves Geoffard, co-author of the note Cannabis: how to regain control, the Council for Economic Analysis. From the point of view of the stores, the fall of the prices is painful, because it reduces the margins. But it is a classic process. High Society’s boss agrees: “We’re losing sales, plain and simple.”

And prices could go up even more, because of a possible tax. Until now, CBD is taxed between 5 and 20%, like all common consumer goods, and often considered as “herbal tea and infusions” in the classification. “We will hear about a tax in a short time,” predicts the economist. Once the government realizes that banning CBD doesn’t work, I’m willing to bet that discussions will open up about the amount of the tax.”

“It would be a lie to tell you that we are not afraid of this tax, considers Mao Aoust. We made the choice to sell with a 5.5% tax. If tomorrow it increases, I will lose a big part of my turnover. We have to fight to make our voice heard. In Luxembourg, for example, they chose to impose a high tax, and killed the market.”

French consumers expect a clean product when it comes to cannabis

Another issue: ecology. All the people contacted for this article have understood that consumers are waiting for them. “I think there is a great need for transparency: to know where the hemp is produced, where it is extracted,” notes Lea Ruellan, Equilibre CBD.

The extraction of CBD must also be done as ecologically as possible. “We try to green this production line. The industry uses a lot of petroleum solvents, sometimes carcinogenic. The best is to use alcohol, but it is often produced with pesticides. We use a CO2-based extraction, which means we don’t have to use alcohol or solvents,” says Jeremy Lagrue, of SFE Process.

Proof of consumer expectations: his company, which specializes in extraction machines, is experiencing “three-digit growth” and “doubling its turnover every year”.

After the extraction of CBD, comes the time for analysis. And in this sector too, professionals feel the need for a healthy product. “Some people ask me to measure heavy metals and pesticides, to ensure a product as clean as possible. This has been happening more and more in recent months,” says Elie Doppelt, president of the Leaf analysis laboratory.

To guarantee the consumer, it is whispered that a label certifying the quality should see the light of day “in early 2023,” continues Doppelt, “Because we have difficulty proving the quality of our product, especially vis-à-vis foreign hemp.”

Other cannabinoids coming soon to France

To guarantee the consumer – and the authorities – a non-psychotropic product, the historical hemp growers are working on a variety with 0% THC. “We have just set up a scientific council to be as efficient as possible. At the time when we need to obtain such or such characteristic, for example 0 % of THC and strongly dosed in other cannabinoids, we will be able to make a variety “, explains Nathalie Fichaux, director of Interchanvre, the interprofession of the hemp growers. The company Hemp It has for example created Santhica, “a variety dedicated to the seed with 0 % of THC”, she continues.

Another market trend: the arrival of other non-psychotropic cannabinoids. Many assume that France has done a bit of a tour of CBD, and that it is time to bring something new. “Just look at the U.S. market to see that CBC, CBG, CBN are present, observes Laure Bouguen, founder of Ho Karan and former spokesperson for the Professional Union of Hemp. I imagine that French consumers will ask for it, because brands will put it forward.”

In addition to new molecules, the way they are consumed could soon change. In France, the most consumed products are CBD-dominant flowers and oils. Problem: the government wants to ban the sale of flowers in their raw state. And oils “are not the most ‘user-friendly’ format”, jokes Ludovic Rachou, founder of the Rainbow brand, and president of UIVEC, a union that defends only the use of CBD in derived products.

“I do not know you, but I do not have the reflex to put a pipette in my mouth! Abroad, especially in the United States, the ‘edibles’ are developing a lot. I am thinking in particular of gummies and other edible products”. Products that already exist on French shelves and that consumers are starting to ask for.

French authorization of medical cannabis in 2023?

In addition to CBD, the nearest horizon is probably the authorization of cannabis for medical purposes. France is currently experimenting with cannabis-based treatments on several patients. The 1000th patient has just been reached. This life-size test will last until 2023. Then, what will happen?

“I want to work in therapeutic cannabis, but I don’t know when. I just know that in 2023, there will surely be a sector. We have to be ready”, anticipates Elie Doppelt, who holds the laboratory LEAF.

Same thing for Raphaël De Pablo, of La Ferme Médicale. “I would like to distribute medical cannabis from Canada to France. We have everything we need to be in place, but we don’t know the contours. We don’t know if it will require a license, for example.”

Especially since the investments to be put in place to produce medical cannabis in France are staggering. “I estimate that to 20 or 30 million euros. It is necessary to set up a production in laboratory, respecting very strict standards, in particular what is called the Good Medical Practice.”

Finally, as far as recreational cannabis is concerned, there are almost no economic actors who are seriously preparing for it. France seems to be firmly camped on its positions, and especially since the election of Emmanuel Macron. For many observers, if France ever gets around to it, it will be the Quebec way.

It is the cultural model that is closest to ours,” says economist Pierre-Yves Geoffard. That is to say, we will surely have state-regulated production, and stores that are state-run.

In the meantime, everyone will watch with interest what Germany will do. The country, which is the main political and economic partner of France, announced last week that it wants to set up a legal cannabis market.