The land of ganja might just be running low, tensions are high in Jamaica as weather, tourism and bureaucracy are causing a shortage of cannabis, especially in the informal sector. Without an investment safety net, and under threat from the legalized market and its enforcers, the traditional and historical small scale farmers are under threat, and the supply on the street shows it. 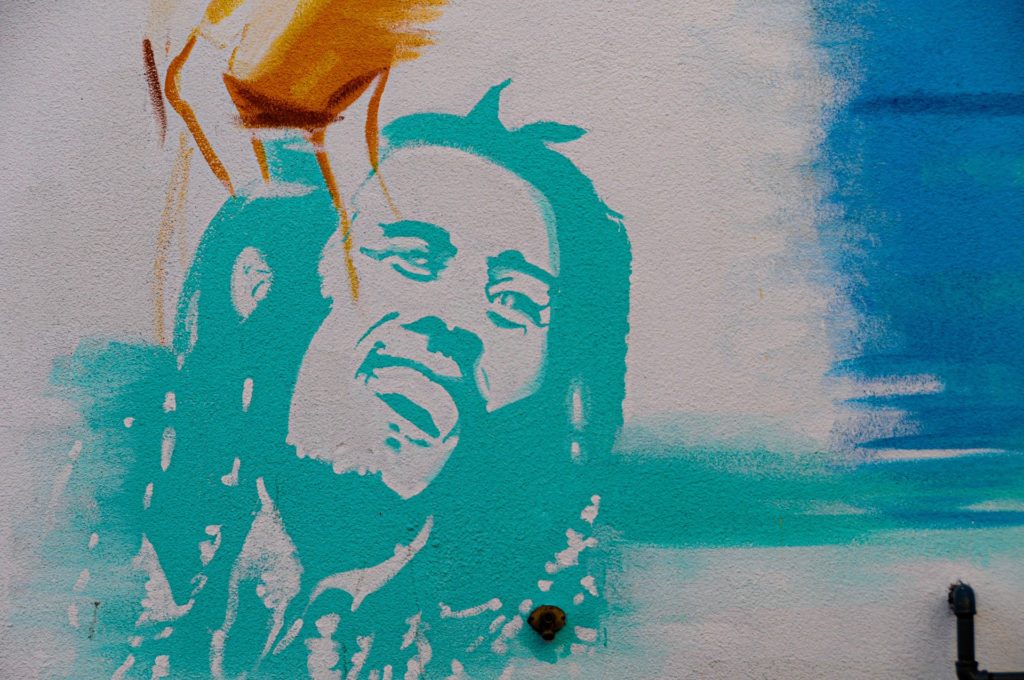 “We know that the world is going badly when there is no more pot to smoke in Jamaica!” Coryse Edmond, French expatriate since 1994 on the island of Usain Bolt and Bob Marley, who shared the joke with us. However, the situation is serious as Jamaica is beginning to experience a cannabis shortage. “There is a general economic tension throughout the country. Cannabis is keeping many people alive here, especially small producers. It’s a disaster for them,” summarizes this tour operator.

For several weeks now, the country of 2.8 million inhabitants has been experiencing a shortage of “ganja”, the local name for cannabis. According to many actors of the sector that we contacted, prices have doubled. “Usually, we can easily find sellers on the street who offer a joint for around 50 cents, cheaper than a cigarette. Currently, it is necessary to pay at least one dollar”, details Coryse. Above all, small vendors have become rare.

Whether your a tourist thinking about a trip, or a producer worried about shortages, it is necessary to keep up to date on the latest hemp news out of Jamaica and the world. For that, and more, you can download our companion Hemp.IM map.

To find one of the primary causes of this cannabis shortage, we must look to the sky over Jamaica. “There was a lot of rain in late 2020, almost three months non-stop. The elders told me they rarely see this. Now it’s very dry, the sun is beating down hard,” says Larry Lamartinière, a Frenchman living in Kingston. Accustomed to a tropical mildness conducive to the development of cannabis plants, Jamaica has suffered significant losses because of these climatic variations.

An observation that the antenna of Météo France in the West Indies confirms. “From November to January, the island experienced a peculiar oceanic period. Large rainy episodes led to mudslides, numerous floods and landslides” reports Jean-Noël Degrace, responsible for Météo France in Martinique. “The tropical waves were earlier and did not turn into cyclones. They tended to stagnate, like Cévennes episodes in France. “As a result, the crops of small-scale producers, often on wild lands and plots of land, were devastated.

But now “The land burns with sunshine like in California. We’re suffering from climate change and the plants don’t like it,” added an exasperated Conrad, the director of a ganja producers’ association. The industry is experiencing irrigation difficulties that the meteorologist confirms: “Access to water points for irrigation has become complicated. The return to milder weather in recent weeks augurs better days ahead. But we have to wait for the plant to grow.”

Because of Covid, Jamaica also has a shortage of cannabis tourists

Another explanation for the shortage, and not the least, is the coronavirus. The epidemic has led the Jamaican government to take sanitary measures such as closing borders for several months. “But marijuana-related tourism, which attracts visitors from around the world and accounts for 20 percent of GDP, is now at a standstill. Only Americans can afford to come,” Larry says.

The country has been under curfew since March 2020. While the hours have changed, they don’t help the growers, who also work at night, partly for the sake of discretion. And then the gatherings have been banned, “which has surely reduced the festive consumption, which is important. We normally have a lot of clandestine parties,” notes Larry, 29.

There is still a significant local consumption. According to Andre Williams, a journalist with the daily newspaper The Gleaner in Kingston, “more and more Jamaicans are smoking cannabis. I don’t think it’s due to the stress of Covid, but rather to the image of the product, which has improved since it was legalized,” he analyses.

Legalization is partially responsible for the shortage in Jamaican cannabis

It is from this legalization, voted in 2015, that the problems of the industry were born. The country has decriminalized the use of marijuana for medicinal and spiritual purposes. Contrary to France, where this drug remains prohibited, it is possible in Jamaica to hold up to 56 grams of cannabis and to grow five feet of it at home.

As part of this decriminalization, the government wanted to industrialize a market that represents potential billions of euros or dollars. According to the U.S. State Department, Jamaican “farmers” grow 15,000 ha of cannabis every year. The idea was to improve life for all of them.

The country then authorized production and sale for those who would have a paying license, issued by the Cannabis Licensing Authority. Except that this government authority granted, according to Associated Press, only 29 production authorizations and 73 for sale, processing and export. International shipments have also dropped because of Covid, according to The Gleaner.

“This has created two parallel markets. A legal one where marijuana can be bought with a prescription and another one that is a black market” says journalist Andre Williams. And when there is a shortage in cannabis market in Jamaica, it is not a stretch to see the other not far behind.

The government of Jamaica denies any cannabis shortage on its authorized market. Yanique Wallace, research officer at the Cannabis Licensing Authority, repeats to Le Parisien that “there is no shortage… in the legal market”. Because, according to our interlocutors, the government wants to develop its legal market and push the Jamaicans to get supplies there. Coryse Edmond, the organizer of excursions, noted it. “Those who have had the permit and have been able to open some kind of coffee-shop only make them accessible to wealthy people and tourists. The prices are ten times more expensive than on the street. They have created a kind of club for the privileged because everything is a caste thing here. You enter these shops, a doctor is contacted remotely to give you a bogus prescription, you also pay the membership… Jamaicans can’t afford any of it! »

In the capital, Larry saw these clubs pop up like mushrooms. “They offer a cozy setting, sofas, board games to have fun while smoking. They play the premium card,” describes the young man. At the head of these businesses, there are large families – like Bob Marley’s – but also foreign investment funds that also bet on production for export, like Canada.”

This stranglehold has the gift of annoying the historical planters. “They, with their sector and their means, they have not suffered the same damage as we have. They can even grow indoors”, agonizes Conrad over the phone, from the association of cannabis producers.

“The government wants to eradicate this illegal market and has reinforced controls,” explains Andre Williams. According to the journalist, thousands of tons have been seized in recent months. “Last week alone, the police recovered 635 kg of illegal ganja,” said Williams.

“The problem is that the country’s 6,000 small-scale producers cannot afford a license, the administrative procedures are very cumbersome,” said Triston Thompson, founder and director of Tacaya, a consulting firm that assists these producers in the process of legalization. The annual fees to be paid to the state would be, depending on the size of the farm, up to 10,000 dollars. In Jamaica, where the official hymn is “Land we love”, the fruits of this land are not accessible to all.