Cannabis in Argentina hopes to bring economic growth. Jujuy advanced with the pilot plan of cannabis cultivation for medical use. The graft for the greenhouse was expected to take place during the first days of December and by February 2020, it is expected to be moved to the open field. The nine greenhouses were set up in a two-hectares core area, using a combined area of 3,100 square meters. 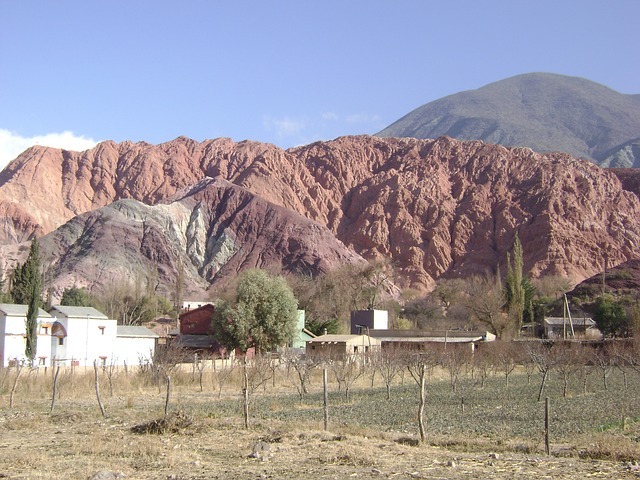 Cannava S.E. of the province Jujuy in Argentina is moving forward with a pilot plan to grow medical cannabis in Argentina.

After achieving the first germinations, the assembly of nine greenhouses in which up to 15,000 plants can be propagated for the cultivation of medical cannabis has been completed.

Jujuy will be a pioneer in the legal and large-scale cultivation of medical cannabis in Argentina, which will completely revolutionize the northern region.

Medical cannabis is a sector that brings profit to the cannabis industry. One potentially useful hemp news tool is the Hemp.im app. The app provides you with the most current and up-to-date news on the hemp and covers wide-ranging topics including hemp and cannabis stocks.

The greenhouses are expected to move to the open field by February. The nine greenhouses were set up in a 2-hectare core area, covering a total area of 3,100 square meters.

The production of mother plants, as well as the reproduction by means of cuttings and the vegetative growth of between 13,000 and 15,000 plants, will be carried out in the greenhouses.

For the operation of the greenhouses, an irrigation system and electrical infrastructure were also installed to complement the sunlight. For the vegetative stage, sustainable agricultural methods are used.

The project for medical cannabis in Argentina is based on the core value of respect for the earth. The cultivation area is physically controlled by a special police force of the province. They use a ring-custody scheme supported by video surveillance and direct linkage to emergency services.

Jujuy is the first province to engage in the cultivation of cannabis in Argentina for medical use. It has already made commitments to provide oils free of charge to hospitals in the country for clinical trials.

The signing of an agreement with the National Institute of Industrial Technology (INTI) was also announced. This agreement is for the construction of a public extraction laboratory in the province.

Act No. 27.350 regulates medical and scientific research on the medical, therapeutic and palliative use of the cannabis plant and its derivatives.

Within this framework, Lino Barañao, Gerardo Morales and Roberto Tecchi signed a cooperation agreement. They seek to design and implement research actions on the use of cannabis in Argentina for scientific and therapeutic purposes.

It is an important project not only from a scientific point of view but also for its social impact in terms of employment generation. It will also be important for regional economies.

“We support anything that is diversification of rural production, it is a challenge at the global level and this is an alternative,” said Barañao.

A little over a year ago, the Argentine Network of Medical Cannabis (RACMe) was created. It is made up of 30 experts from national universities, research institutes, and science and technology organizations from different parts of the country.

The Network consists of articulating the scientific-technological capacities available regarding the use of medical cannabis in Argentina. In addition, it promotes interdisciplinary and federal work to find joint solutions to the population’s problems.

“Both in Argentina’s medical cannabis industry and around the world there are studies that show the positive impact that cannabis will have on different economies,” said Agustín Campero.

The network promotes the linking of different institutions to facilitate research and development of cannabis.

The Government of Jujuy has declared actions that protect, promote and improve public health. It will do so through research and the scientific use of the cannabis plant and its derivatives. In this way, it seeks to position Jujuy as a pioneer in the development of medical cannabis in Argentina and the region.

Cannabis concerns many disciplines of science: botany, clinical, neuroscience, pharmacology and the study of natural products, among others. Medical cannabis in Argentina is revolutionizing scientific and technical areas in the province of Jujuy.

(Featured image by andrea_orozco200 via Pixabay)

First published in SerArgentino.com, a third-party contributor translated and adapted the article from the original. In case of discrepancy, the original will prevail.