Brazil is the largest economy in Latin America and the ninth-largest in the world. It has a population of around 210 million and the demand for medical cannabis is expected to be high in the future. In 2017, it authorized its first license for cannabis-based medicine. Two million Brazilians suffer from epilepsy. Some people are also allowed to cultivate small amounts of cannabis at home. 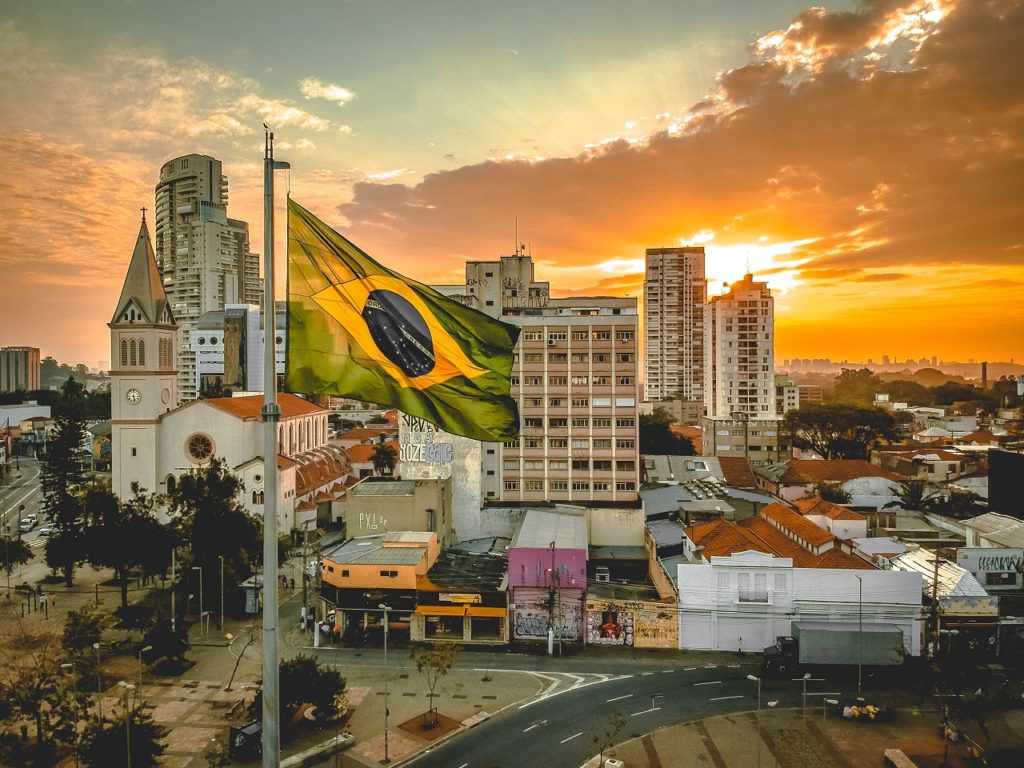 The campus area of the Federal University of Viçosa (UFV), reserved for experiments known as the Valley of Agronomy, has already been called “Cannabis Valley.” It is a reference to America’s Silicon Valley, due to the potential of cannabis cultivation in Brazil.

Without authorization for experimental cultivation though, “Cannabis Valley” does not have any cannabis plants. Nevertheless, it is seeking a partnership with a Paraíba association that has obtained the right to plant cannabis for medical patients.

The UFV mapped the aptitude for cannabis cultivation in Brazil, in partnership with the startup ADWA and the Brazilian Group of Studies on Cannabis. The survey gained a pompous name, titled the “Brazilian Potential for Cannabis Sativa Cultivation for Medical and Industrial Use.”

The unprecedented map, released this year, reveals that in Brazil 80% of cultivable land is suitable for industrial cannabis production.

With the right land and climate, cannabis cultivation in Brazil would have the lowest international cost, competing with the Colombian market. Produced under government control, the cost of production in Colombia is $0.80 per gram – one-fifth of what is charged in Canada.

“A small part of this land would be enough to give the country the title of the world’s largest producer and exporter of fibers, seeds, and flowers for medicinal and industrial purposes,” said agronomist Sérgio Barbosa Ferreira Rocha who developed the mapping from his graduate thesis.

Cannabis zoning was the project that gave rise to ADWA, the startup of the University of Viçosa’s incubation program.

DWA already has software that will allow the grower to follow the cultivation of the plants in real-time, from the choice of soil, time of planting and harvesting to corrections to be made during cultivation, whether due to pests or bad weather.

“Cannabis is already recognized as an important agricultural commodity due to its medical and industrial potential and the large investments it already moves, but agronomic studies are still lacking,” said Sérgio.

On its website, ADWA announces Brazil as a future power in this market. There is a lack of regulation that separates psychoactive cannabis from that with low THC and that lends itself to a series of industrial uses.

The debate at the moment revolves around the regulation of cultivation for medical purposes. With prohibited planting, the country allows the import of cannabidiol in medicine form.

With no money for it, hundreds of families are filing lawsuits in the courts demanding authorization for domestic cannabis cultivation in Brazil.

The market potential for cannabis cultivation in Brazil

Marcel Grecco, President of The Green Hub, a platform specialized in technology and innovation focused on medical cannabis, said that there are several opportunities for agribusiness focusing on cannabis cultivation in Brazil.

“Anvisa regulations will determine the size of these opportunities,” said Grecco. “Because of its potential to go beyond medicinal, in the nutritional and industrial areas, this is a discussion that should be expanded. The participation of all government agencies is necessary to build the best model, making Brazil a reference in this industry.”

Businessman Pedro Sabaciauskis, President of the Santa Catarina Medical Cannabis Association, said that cannabis is no longer just a health issue but a global business.

“This is a market that could be ours,” added Pedro.

Cannabis is a billionaires market

In Brazil, data from New Frontier Data and The Green Hub point to a market that can reach $1.16 billion (R$ 4.7 billion) per year.

The country has at least 3.9 million patients that can benefit from cannabidiol and the market value would be equivalent to 6.3% of the Brazilian pharmaceutical industry.

It is estimated that since 2015 when Anvisa authorized cannabidiol for therapeutic use, about 80,000 units of products were imported into the country last August at a meeting gathered in São Paulo with more than 200 business leaders in an event called Cannabusiness aimed at discussing the sector.

In the United States, it is estimated that the CBD market will be moving more than $23 billion in the next three years, four times more than in 2019. New Frontier Data’s latest report brings the U.S. cannabis business to $30 billion by 2025.

The leap, according to the company, is due to the trend by an increasing number of states toward legalization which should occupy an important place in the next U.S. election.

First published in Globo Rural, a third-party contributor translated and adapted the article from the original. In case of discrepancy, the original will prevail.