While still illegal in most parts of the world, cannabis is gaining traction and new fans more than ever before. The United States, Canada, and Uruguay have set new legal standards, but growing pot for your own purposes is still mostly in the gray zone. That doesn’t stop marijuana enthusiasts from going underground, and against the risks, try to grow weed on their own. 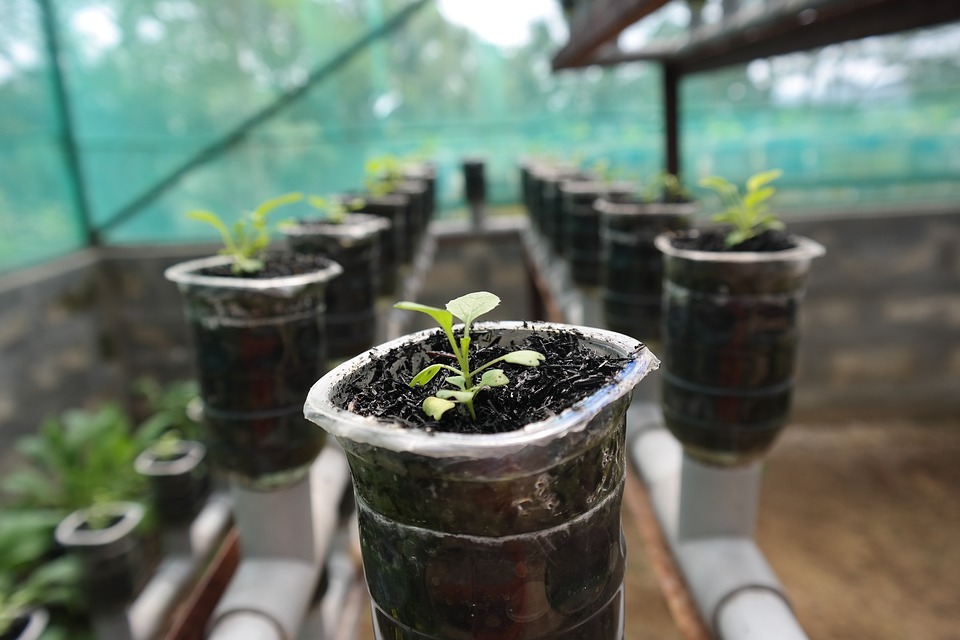 Cannabis is gaining traction and appears more often in the public discourse than ever before. The United States and Canada set new legal standards. However, coming up with innovative marijuana technology for your purposes is still mostly in the gray zone. That doesn’t stop pot-hungry cannabis fans from going underground, and against the risks, try to grow weed on their own.

Surprisingly enough, marijuana naturally occurs outdoors. Forming usually a tall and somewhat bushy plant, it’s easily distinguishable from other representatives of the flora. If one would not recognize it from afar, the leaves will give it away in a split-second.

This makes it a rather unforgiving plant to grow, unless you’re in Colorado, have understanding neighbors, or have no neighbors at all. Otherwise, it serves as a first-class invitation for a squad car coming along with their favorite pup. That would be the prime reason why marijuana technology has moved indoors. Out of unwanted eyesight, a lot can go unnoticed.

High-Pressure Sodium (HPS) lamps have been the golden standard of agricultural lightning for decades. Hovering in the orange spectrum, it gives the plants the exact color of light to trigger intensive flower production. It is also responsible for the orange glow of your city streets at night.

As one might imagine, fitting such a lamp in an enclosed space might not be the best idea. With power often reaching a 1000 W, it generates enough heat to keep you comfortable during autumn evenings. Cannabis enjoys the heat (think Jamaica), but without the constant change of air and wind simulation, it is a bit too much.

Luckily for the bootleg growers, LED lights took the market by storm and replaced the mentioned orange glow on the streets with a more balanced, daylight spectrum. The same is happening inside secret gardens with this newfound marijuana technology. Not only changing HPS for LED reduces heat output and increases the efficiency—it allows for growth in spaces previously deemed not fit.

Just a couple of led lights inside a PC case carries enough energy to grow a plant that can produce up to an ounce of weed. That might not be enough for an everyday toker, but the size and inconspicuous nature makes it the most secret growing spot.

As the name implies, weed is not a robust plant to grow. Actually, it can grow by itself, given the access to average soil, some light, and watering here and there. The volume of buds might not be satisfying though, and that’s why some go far to get the max out of their plants.

While thinking of watering, it’s somewhat intuitive to imagine a hippie with a watering can. This technique still works after all these years, but the technology has brought some impressive advancements that make the watering can obsolete.

Hydroponics is a term referring to growing plants in a soilless medium. In layman’s terms, it’s about growing in coconut husks, Rockwool, or other porous materials. The plant is being continuously watered or in short intervals, giving it a constant influx of nutrients, and supplying fresh oxygen for the roots to thrive. That’s why plants grown with hydroponic solutions can grow to impressive sizes.

But hydroponics is not the most advanced instance, as there’s aeroponics. Instead of spreading in the soil, the roots hang within a dark chamber, with water situated at the bottom. An air stone is pumping air inside, making water particles airborne and delivering the nutrient and oxygen mix in a most concentrated dose. With a relatively small container size, a clandestine grower can grow industrial-scale bushes. Again, all in the privacy of one’s house or garage.

A good source of light and a constant supply of water, nutrients, and oxygen can take every secret garden quite far. Some invest in CO2 generators, growth hormones, and advanced ventilation systems—all for their passion for growing weed.

While it’s usually hard to spot a bootleg grow, you should take a moment to think the next time you’ll see an old PC tower. There might be some dope games on it.