Last week, many articles were published claiming that smoking cannabis might be more harmful than cigarettes. These articles were based on a new study from Canada that compared the lung health of cigarette smokers and smokers who also smoke cannabis. Here’s what these studies really found and why cannabis users are bombarded with misinformation from seemingly reputable and reliable sources. 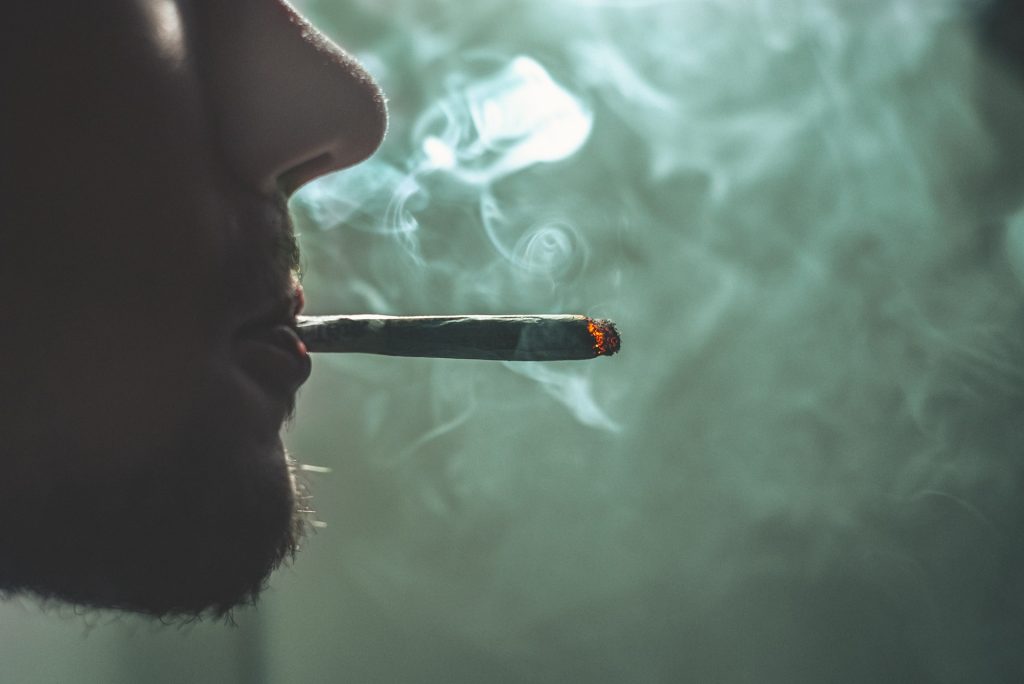 Last week, many articles claimed that smoking cannabis might be more harmful than smoking cigarettes. These articles were based on a new study from Canada that compared the lung health of cigarette smokers and cigarette smokers who also smoke cannabis. But for the most part, the authors of this content are manipulating the study’s results to prove the thesis that smoking cannabis is more harmful than smoking tobacco.

Here’s what these studies really found and why we are bombarded with misinformation from seemingly reputable and reliable sources. But before we get into it, arm yourself against misinformation by downloading our free cannabis news app.

Cannabis Smokers Were Not Studied

Rule number one for newly published studies: read the results yourself. Unless the source of information is clearly indicated, be skeptical of any conclusions about new research until you’ve reviewed it yourself.

In this case, a quick glance at the study in question – “Chest CT findings in cannabis smokers,” published November 15 in Radiology – reveals a serious problem.

How the Study Was Conducted

The study’s lead author, a radiologist at Ottawa Hospital in Ontario, Canada, wrote: “The purpose of this study was to use chest CT scans to examine the effects of cannabis smoking on the lungs. We sought to determine whether identifiable sequelae, including emphysema and signs of airway inflammation, were present on chest CT images.”

To create the test groups, the researchers reviewed patients’ medical charts observed between 2005 and 2020. Fifty-six subjects were identified as “medical cannabis smokers,” 57 did not smoke tobacco or cannabis, and 33 were in the cigarette-only group.

“If cannabis use was identified, the patient was excluded” from the tobacco-only group and was “added to the cannabis smokers group.”

There Are Better Alternatives to Smoking Cannabis

The study did not show that “smoking cannabis is more harmful than smoking cigarettes,” as headlines in media outlets such as CNN, USA Today, and the Wall Street Journal indicated. However, in Polish news outlets, headline writers went a step further.

“Cannabis is more dangerous to the lungs than tobacco. The differences are visible to the naked eye,” reads Focus.pl. “Which is worse for the lungs – cannabis or tobacco? Shocking research results” – This is the title of an article in PoradnikZdrowie.pl.

It is unclear whether this applies more to those who smoke cigarettes and cannabis separately or those who mix tobacco and cannabis.

Smoking anything and inhaling the smoke into your lungs is certainly not healthy. However, there are many methods of using cannabis, of which the closest alternative to smoking is vaporization. A vaporizer doesn’t burn the dried product but heats it to a temperature where THC and other cannabinoids are released, so we don’t have to inhale the harmful compounds released during the combustion process.

An even less harmful form of consumption is food products with THC. This is because no smoke or vapor enters the lungs during consumption, and the liver metabolizes the cannabinoids. As a result, their effects are more potent and last longer, but you have to wait 45 to 90 minutes for the effects, while the effects of smoking or vaporization are visible almost immediately.

What Does Previous Cannabis Research Say?

A 2007 study found a link between emphysema and other lung problems in cannabis smokers compared to non-smokers, but tobacco or cigarettes were not part of the study.

A separate 2012 study by the University of Alabama at Birmingham (UAB) found that “cannabis smoke (is) not as harmful to the lungs as cigarette smoke,” with a much larger sample size and more rigorous methodology.

The UAB study found: “At levels of exposure commonly observed in Americans, occasional cannabis use was associated with an increase in lung airflow rate and lung capacity,” – said the lead researcher. Still, “this increase was not large, but it was statistically significant,” according to the published study.

“The data showed that even with moderate intensive use – one joint per day for seven years – there was no evidence of a reduction in airflow rate or lung volume,” the – showed the study, conducted at the University of Alabama at Birmingham.

The study confirmed that smoking one joint a day for seven years has no adverse effect on lung function. Still, finding long-term, heavy users who do not smoke tobacco is not easy, given the illegal legal status of cannabis.

The UAB study was funded by the National Heart, Lung, and Blood Institute. It was a long-term research project involving more than 5,000 men and women from Birmingham, Chicago, Minneapolis, and Oakland to study risk factors and the development of cardiovascular disease. Study participants were 18-30-year-olds whose health status was monitored between 1985 and 2006.

In the age of misinformation, even well-known and popular sources can publish false information. That’s why checking the source carefully before believing it or sharing it with others is essential.

When it comes to lying headlines using studies on tobacco and cannabis to lure readers and fuel a dislike of cannabis, we can easily verify them with facts. When your friends start sharing this information, please encourage them to read the research and think for themselves. It doesn’t take a genius to figure out that a study of tobacco smokers using cannabis is not a study of cannabis smokers, so the results of this study do not apply to people who smoke cannabis but don’t smoke tobacco.