In a little-known cannabis study from 1972, codenamed Project E206, 20 women were locked up and forced to smoke cannabis joints of increasingly potent strength. The idea behind the study was to observe whether legalizing cannabis would lead to “a bunch of stoned people who just smoked cannabis all the time and didn’t do any work.” The results of the study showed the opposite to be true. 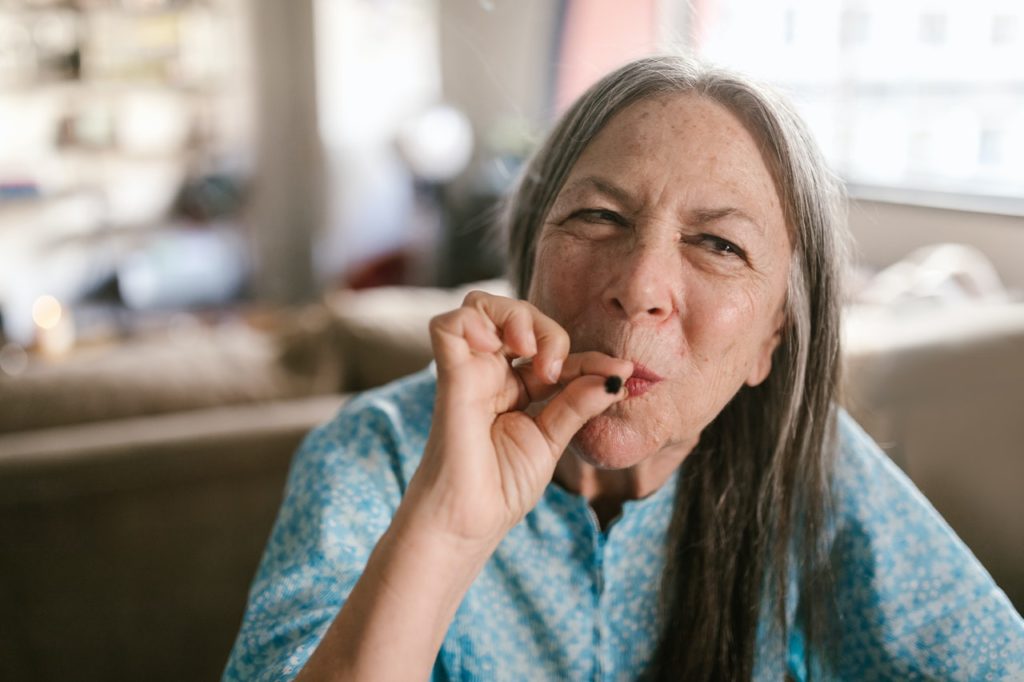 A few years earlier, Prime Minister Pierre Trudeau’s Liberal government convened the “Le Dain Commission of Inquiry into Non-Medical Drug Use” and invested millions in studying the potential impact of decriminalizing cannabis for personal use. Results came out in 1973 and reported that cannabis-related sentences were ‘grossly excessive’ and ‘completely unreasonable’. It also advised a repeal of a ban on simple possession of cannabis and cultivation for personal use.

At the time, possession of cannabis could be worth seven years in prison. If you helped out a mate, you could end up behind bars for life – and the penalties for trafficking were even tougher.

In 1971, the Addiction Research Foundation opened a research and treatment hospital where a cannabis study by Bill Miles, a British psychologist working in Toronto, Project E206 or Project Venus would take place.

The research was part of a million-dollar program, the latest in a series of experiments designed to answer one of the country’s most pressing questions, raised when then-Prime Minister Pierre Trudeau, discussed the idea of ​​cannabis legalization: what impact would legalization have on Ontario’s youth and consumer productivity?

Bill Miles assembled a team comprising two behaviorists, a doctor, a psychiatrist, a social worker, and a full team of nurses. The hospital welcomed 20 women to the ward at a formal dinner on January 31, 1972.

The women were to be locked up for 98 days in the study center and divided into two groups. Half of them – the experimental group – will have to smoke increasingly potent doses of cannabis twice a night, while the other half – the control group – will not be forced to use cannabis.

Both groups will be allowed to buy as many (relatively light) cannabis joints as they want for 50 cents each at a mock convenience store that also sold liquor, junk food, toiletries, cigarettes, and magazines.

A key part of the study was his microeconomics. Women had to cover the cost of their existence for 98 days. They could keep all the money they earned and did not spend on food, clothing, or entertainment. A bonus of 250 dollars awaited those who remained until the end of the experience. Those who quit early lost their bonus and up to 75% of their savings.

They earned their living with a loom on which they wove colorful, fluffy woolen belts with tied tassels. For each belt that passed inspection – it had to contain at least two colors and be 132 centimeters long – the women received $2.50.

After a few days of practice, the task became easier. But the experience didn’t end well. The joints grew so strong that some demanded medical clearance to escape their nightly obligations, claiming they were too sick to smoke. Others left, more traumatized than thrilled by the experience. Over the last week, the women who remained so in the compulsory smoking unit refused to continue.

Despite the enormous amount of data produced by Miles’ study, it has, for the most part, been swept under the rug. The cannabis experiment was so little known that it took until 2013 for a Toronto Star investigative reporter, Diana Zlomislic, to uncover the fiasco in a gripping report. The results of the study, Zlomislic notes, were never made public.

The behaviors observed during the study, however, provided mixed evidence on the effects of cannabis use. The most motivated subjects, for example, woke up at 4 a.m. to get a head start on weaving and earn extra money. In a smaller cannabis experiment conducted earlier on men, the subjects even went on strike to demand a salary increase which, when accepted, boosted the productivity of the group.

John Kagel, an economics professor at Ohio State University, who worked with the data from the study, perhaps best sums up the failure of the experiment.

“If you legalized cannabis, were you going to get a bunch of stoned people who just smoked cannabis all the time and didn’t do any work? [The study] is pretty compelling evidence that it wasn’t going to happen,” he said.

Did the conclusions go against a desire to persist with cannabis prohibitionism? The story does not say.

A Cannabis Themed Film Based on This Experience

Directed by Craig Pryce (Good Witch, Dark Oracle), who bought the rights to the story, the Canadian film The Marijuana Conspiracy looks back on this strange cannabis experience, which disappeared without a word.

“Among the doctors, behaviorists, and psychologists trying to prove their cannabis guesses were true, everyone [in the study] had an agenda,” says Pryce, “except the girls. This film tells what they went through and how they came together and overcame circumstances.”