In order to become one of the global leaders in the cultivation and production of cannabis and cannabis-based products, Sky Hemp, a Colombian cannabis firm, with presence in Colombia, Mexico and Spain, wants to acquire Aleia Roses. The project aims to coexist with the current roses production but to shift to cannabis entirely in about a year, which would bring more economic benefits to the company. 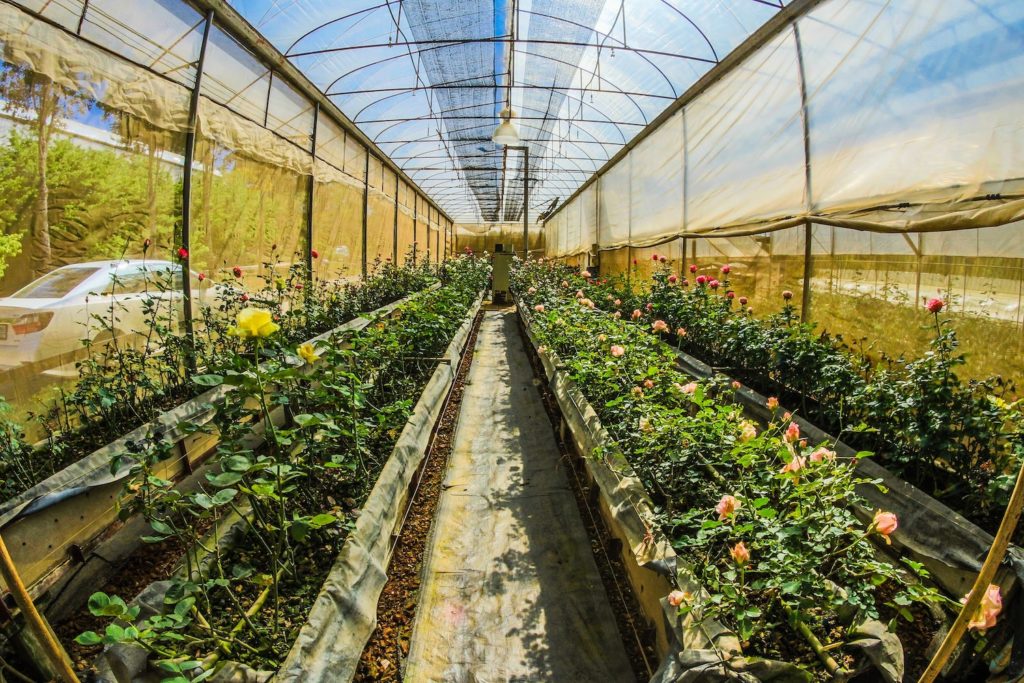 Aleia Roses wants to dedicate the greenhouse to the plantation of cannabis for medical use, at first half of the available area, about seven hectares, with an option to expand to the entirety in the future, probably in one year.

This is the proposal launched by Alen Capital, intermediary in the economic proposal on Aleia, so that Sky Hemp Organic, a Hispanic Colombian company, with presence in Colombia, Mexico and Spain, takes over the reins of Aleia.

If you want to know more about cannabis, how Spain’s cannabis market is expanding even with the current restrictions that are in place, and to find out the latest cannabis news, download the Hemp.im mobile application.

Hemp and roses, a project that would push the cannabis market forward

The project of the company would be that at first, the hemp would coexist with the roses until the total change of production for medical cannabis in the estimated time of one year.

The offer presented for the purchase of Aleia’s production unit amounts to $3,3 million (€3 million), in addition to another $2.7 million (€2.5 million) for the payment of the workers’ Social Security, a figure that the second bidder, the industrial society represented by Pedro J. Escudero, has not improved although it has increased its initial proposal.

Sky Hemp Organic is a partner of Soria Natural, also based in Garray, and precisely the only Spanish company authorized to market cannabis products in Mexico, through its subsidiary Fitonat Mexico.

Soria Natural pointed out that the companies do not have any agreement between them regarding Aleia, but that this is not ruled out in the future. On Sky Hemp’s website, Soria Natural is listed as a partner, “who has led the European market for natural medicine based on extracts since 1980, which is proof of their extensive experience at a regional and international level.”

Spanish legislation is very demanding and conservative in terms of granting permits for the production and marketing of cannabis derivatives, not so much in terms of cultivation.

According to Sky Hemp’s website, its ultimate goal is to become one of the global leaders in the cultivation and production of extracts of cannabinoid origin. In addition, its business plan includes expansion and increasing its cultivation areas.

For its part, the second bidder, the investment fund represented by Pedro J. Escudero, improved its initial economic proposal which rose from three to four million, including both the purchase price and the social security for workers and privileged credits.

An increase that, however, was not enough to surpass the offer of its competitor, which amounts to $3,3 million (€3 million) for the purchase of the productive unit and the mentioned $2.7 million (€2.5 million) for Social Security.

Sources close to this offer indicated that they do not rule out planting cannabis either, but in the longer term because their intention in the short and medium-term is to grow roses.

Pedro J. Escudero also raised his proposal regarding the number of workers, from 250 of the initial offer to 260, but in the same way it was not enough since the American fund already started from 270.

This proposal was recently presented before a notary, and since it is not higher than the one proposed by the American company, it would not be necessary to resort to the right of first refusal provided for in the bases of the process.

The decision on the purchase of Aleia Roses is now in the hands of the bankruptcy administrator, who must determine whether the best economic offer is sufficient. That is because although the bases for the sale of the production unit did not contemplate a minimum amount, it did establish an indicative price of $10 million (€9 million).

In the event that the offer of Alen Capital is chosen, it will finally be the Commercial Court of Soria to decide. The Insolvency Administration would request in the Commercial Court the approval of the final award of the production unit by order of the judge who knows the bankruptcy.

This would culminate a long process that has been dragging on since October last year when Aleia Roses, which continues to accumulate losses, entered into insolvency proceedings.

(Featured image by icon0.com from Pexels)

First published in Diario de Castilla y Leon, a third-party contributor translated and adapted the article from the original. In case of discrepancy, the original will prevail.Although we made reasonable efforts to provide accurate translations, some parts may be incorrect. Hemp.im assumes no responsibility for errors, omissions or ambiguities in the translations provided on this website. Any person or entity relying on translated content does so at their own risk. Hemp.im is not responsible for losses caused by such reliance on the accuracy or reliability of translated information. If you wish to report an error or inaccuracy in the translation, we encourage you to contact us.