The latest step in Argentina’s bold business plan for unlocking the economic potential of cannabis is nearly ready. Set to be presented for review tomorrow, we nevertheless have a pretty good idea how it plans to structure the new business of cannabis thanks to prior drafts. With $450 million or more at stake, all eyes are on Argentina’s Minister of Productive Development, Matías Kulfas. 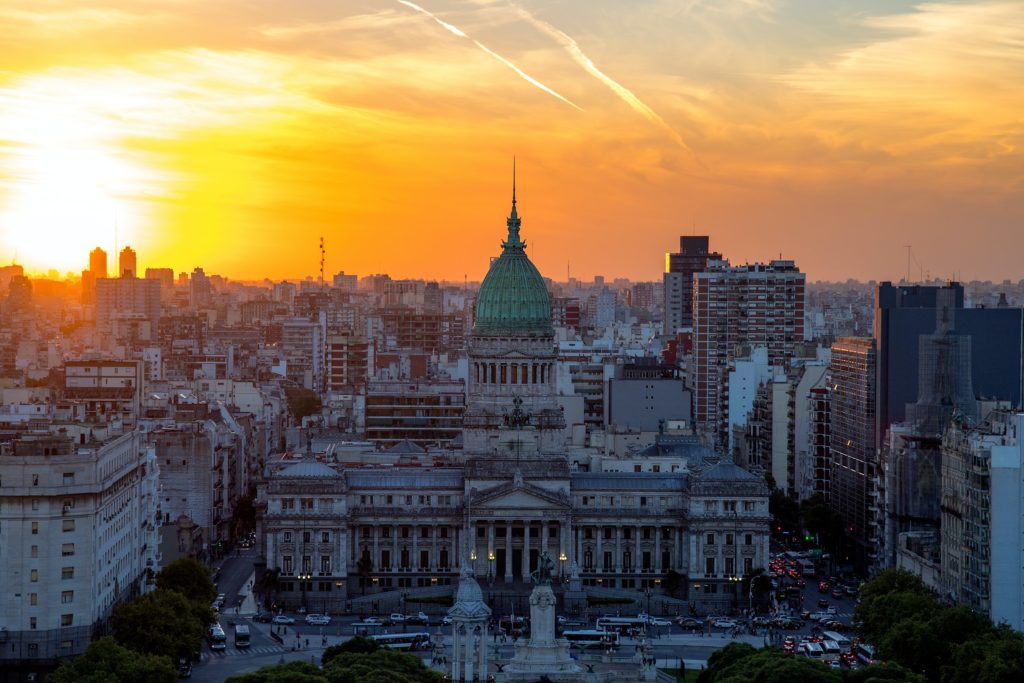 The Government of Argentina has everything ready to present the bill to develop the medical cannabis and industrial hemp industries. The Minister of Productive Development, Matías Kulfas, was planning to do it on Monday, May 24, but restrictions have moved the presentation to Wednesday, June 2, assuming there are no new changes in the agenda. The regulation will be presented at the Economic and Social Council before it reaches Congress. There, the guidelines with which the Executive expects to trigger a sector capable of generating, at least, US$ 450 million per year, according to official estimates, will be shown.

Want to keep up with Argentina’s ambitious economic plan for cannabis development? Hoping to stay up to date on global cannabis regulation and investment trends? Download our cannabis news companion Hemp.IM app.

How much could Cannabis be worth in Argentina?

That figure, $450 million, comes out of moderately conservative calculations and was derived by the Council for Structural Change of the Ministry of Productive Development. The Argentine Chamber of Cannabis (Argencann), which promoted the initiative, maintains that an adequate regulatory framework can generate even more, up to “a foreign currency income of US$1 billion in the next ten years. If the export of dried flower, phytopreparations, medicinal specialties and the use of cannabis derivatives in food, beverages, and veterinary products, among others, is allowed”, according to Pablo Fazio, president of the entity that brings together entrepreneurs and small companies and that worked with the Government to promote the regulation.

“Around the end of May, the project will surely be entering the National Congress,” said Kulfas on Tuesday 19 on radio Con Vos. “This means generating a new industry in Argentina, which requires regulation,” he added. The entrepreneurs behind the project expected to have the regulatory scheme ready (bill and complementary resolutions) by the end of the year.

The Long Road To Cannabis Investment

As Letra P reported, the bill that President Alberto Fernández announced in the Legislative Assembly began to be drafted last year, under the management of Argencann. The draft proposes the creation of an agency to be called the Regulatory Agency of the Hemp and Medicinal Cannabis Industry (Ariccame), which will be in charge of all the regulation of the industry, from the issuing of authorizations to import, produce and export to sanctions in case of non-compliance.

A draft of the bill, which according to the sources consulted, contained the backbone of what will be the definitive text. It seeks to “establish the regulatory framework for the chain of production, industrialization, and commercialization of the cannabis plant, its seeds, and its derived products for industrial and medicinal use -including scientific research- with a view to satisfying the local market and generating exports”. And it adds that “with the establishment of an appropriate legal and institutional framework, Argentina will be able to enter a path of convergence in terms of development of productive capacities and employment generation, being able to quickly catch up with its immediate regional competitors, which already have some years of experience in the development of the sector”.

The Ariccame, an independent agency that would be under the Cabinet Office, “will regulate and control the storage, fractioning, transport, distribution, traceability and use of the seeds of the cannabis plant, of cannabis and of its derived products for medicinal or industrial purposes”. According to the text, “the agency will issue the administrative authorizations that allow the import, export, cultivation, industrial production, manufacture, commercialization, and acquisition, by any title, of seeds of the cannabis plant, cannabis, and its derived products for medicinal or industrial purposes”. The draft gives this agency a broad role, which must coordinate with other agencies, from the National Seeds Institute (INASE) to the Financial Information Unit (UIF) to detect possible cases of money laundering.

“The first objective of this Bill is to establish a legal framework that authorizes -through a strong regulatory scheme- the stages of sowing, cultivation, production, storage, transport, commercialization, import, export, and possession of cannabis seeds, the cannabis plant, and its derivatives, for medicinal, therapeutic or scientific research purposes. The aim is to promote a law that enables and encourages public, private or mixed investment projects in the different segments of the sectorial chain of medical cannabis”, is established in the text that the Executive was working on. “A second objective of the Project consists of legalizing the different productive and commercialization links of hemp or industrial hemp and its by-products”.

The appeal of legalizing a hitherto informal market is global. According to Standard & Poor’s, in mid-2019 cannabis moved U$S150 billion in the world, but 90% of it illicitly. With Canada and Uruguay among the countries that took the lead in legalizing even recreational use, the formal market went from zero to US$9.1 billion annually in eight years. A recent report by Grand View Research projected that figure to increase almost tenfold between 2021 and 2028, to US$84 billion.

In Argentina, the traction is in Argencann and large laboratories and consumer firms are following the issue closely, but quietly as the bill also has an SME and cooperative-focused spirit. “The Ariccame will especially contemplate the purpose of contributing to the development of regional economies and promoting the activity of cooperatives and small and medium agricultural producers, also taking into account the gender perspective”, states the text.

Now we will just have to see how the final version turns out, and whether the implementation will allow Argentina to unlock its cannabis potential!

First published in La letra P , a third-party contributor translated and adapted the article from the original. In case of discrepancy, the original will prevail.