The Spanish government will soon vote on proposals to legalize medical cannabis in the country. While it is believed that a majority of the government is in support, not everyone is happy with the proposals. Particular concerns have been raised about the limited access to the country’s 22,000 pharmacies, which would limit access to those most in need of medical cannabis treatment. 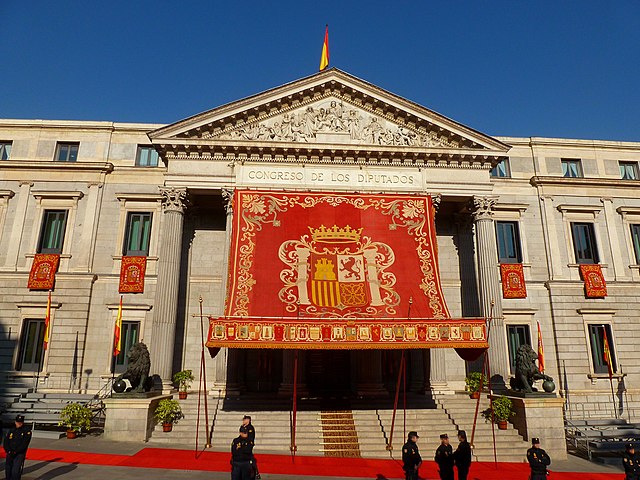 The Spanish government is due to vote on proposals to legalize medical cannabis within three weeks.

If this proposal is approved and implemented, it could significantly change what industry insiders have called a “paradox” in Spanish regulations. Like the UK in its day, Spanish cannabis companies can grow cannabis for medical purposes with a government license but cannot sell or distribute it in their home market.

It could also potentially launch one of the largest medical cannabis markets in Europe, with Spain being the 6th most populous country on the continent with apparent public demand and support for medical cannabis, with 90% of Spaniards polled in favor of medical cannabis.

For more of the latest medical, lifestyle, and legal updates, download our free cannabis news app.

While the Spanish proposals have been hailed as a positive step forward and are expected to have broad support across the government, a source told BusinessCann they are still “small steps” towards a fully-fledged market.

On May 13, 2021, the Spanish Congressional committee voted in favor of proposals to establish a new subcommittee that would investigate regulated medical cannabis markets in other countries.

The official objectives of the subcommittee are to analyze the experiences of other countries and governments that have implemented medical cannabis access programs.

It would then be tasked with producing a report containing a proposed framework for a regulated medical cannabis framework in Spain, which would be submitted to the Health and Consumer Commission for evaluation, before being submitted to the Spanish Congress for review.

Political Groups Have 10 Days to Respond

These proposals have now been submitted, and each Spanish political group has a period of 10 days to make its assessment and then submit amendments and proposals.

The final text must then be debated and voted on by the subcommittee on June 23. It will then be voted on during a plenary session of the Spanish Congress on June 30.

The Spanish government will ultimately decide whether to move forward with the proposals, continue to gather information and debate the proposals, or abandon the plans altogether.

Spanish Company Notes Proposal Is Only a Preliminary Step

A Spanish cannabis company told BusinessCann that “it’s not as if on June 30 we’re going to vote to legalize medical cannabis, but rather as the first steps to allow them to draft a kind of framework based on the results of the conclusions of the sub-committee”.

According to Spanish newspaper El Español , the aim is for the proposals to reach the Lower House as a bill after the summer.

At the end of May, the PSOE (Spanish Socialist Workers’ Party) flip-flopped on its position on medical cannabis and came out in favor of the proposals.

Daniel Viondi, member of the PSOE, said: “We are committed to a regulatory framework for medical cannabis. It will be inexorable that it happens. It is essential that it exists with the maximum possible consensus.”

The party’s backing for the proposals came six months after it joined the Spanish conservative People’s Party (PP) and Vox in knocking down a cannabis regulation bill that reached Congress in November 2021.

While the PSEO’s backing was hailed as a “step forward” by the Basque Nationalist Party (PNV), which proposed the formation of the subcommittee in the first place, its own proposals for how the Spanish framework should look like have met some resistance.

The president of Spain’s Medicinal Cannabis Observatory (OECM), Carola Pérez, told La Voz de Galicia that she was disappointed with their proposals for regulating medical cannabis, calling them “insufficient.”

She is particularly concerned about calls to limit dispensaries to hospital pharmacies, arguing that preventing access to 22,000 Spanish pharmacies would force patients to turn to Spain’s growing black market.

They also suggest that only health professionals in the Spanish health system will be able to prescribe, meaning that the private health market will be squeezed out.

It is also understood that the PSEO proposals only address the use of oils and extracts, not addressing the use of flowers and vaporizers, which many patients rely on for a more immediate effect.

Majority of Spanish Government Is Generally in Support

Although the proposals are meeting with some resistance from some members, there is general support for the rollout of medical cannabis.

A source said: “Generally the feeling we have is that the majority of the Spanish government is in favor of a step towards legalization. It is likely that we will move forward. The big question is what it’s going to look like, and I don’t think it’s clear from what I’ve seen.”

“I think a lot of details still need to be discussed and clarified. In that sense, I think it’s more likely than not that we’ll see something in the short term in Spain. The question is what will it look like?”