Uber’s CEO has announced that the company is looking into cannabis home delivery services. The announcement is largely in line with its expanding suite of services which already include food and alcohol home delivery. However, with regulations being inconsistent and in flux across much of the United States, which would be its primary market, the company is, for now, not committing to anything. 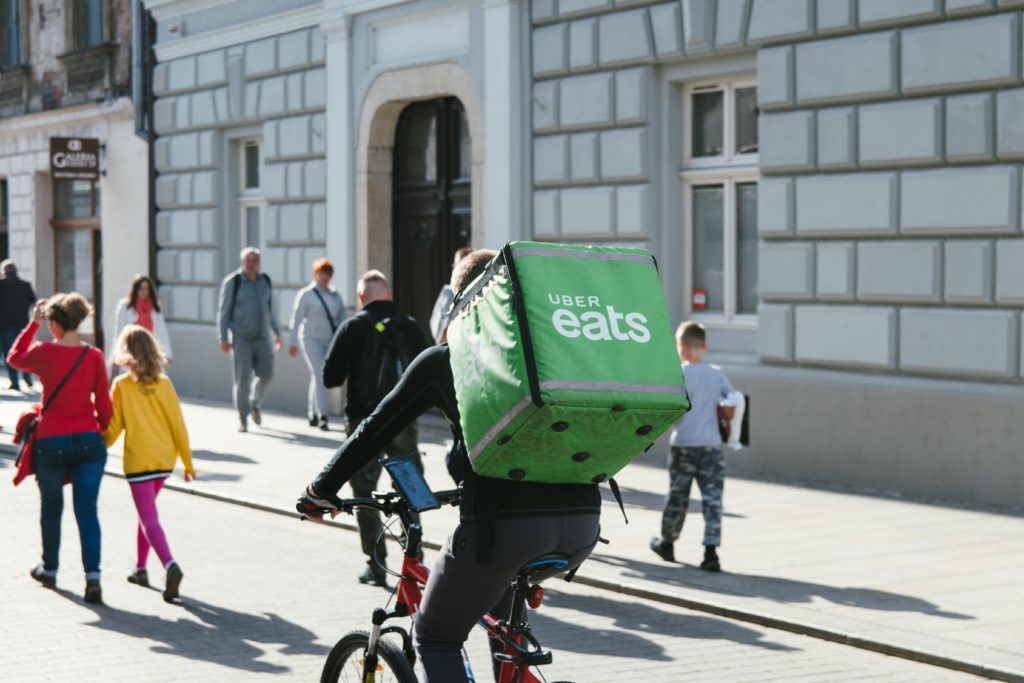 The legalization of cannabis in many countries around the world could present a new business opportunity for ride-sharing companies. At least, that’s the opinion that Uber seems to have.

In a recent interview, Uber CEO Dara Khosrowshahi announced that the company is considering making cannabis deliveries through its transportation network in countries where it is legal. The new measure would begin to be implemented once federal regulation is approved in the United States, if and when the law allows it.

“When the path is clear for cannabis, when the federal laws come into play, we’re definitely going to take a look at it. (…) We’re excited, although we have to review the law and that will take time,” Khosrowshahi stated in an interview with CNBC.

For the time being, Uber to focus on its core business offerings

The head of the transportation company specified that for the time being Uber plans to concentrate on the services it is authorized to offer and which have been showing good results. Amongst them, the delivery of food, medicines, and alcoholic beverages.

“For now, with grocery, food, alcohol, etc., we see a lot of opportunities out there and we’re going to focus on the opportunity at hand,” the company’s CEO noted.

Drizly was one of the latest additions made by Uber, a platform that dedicated its service to deliver alcoholic beverages at home. This acquisition demanded that the company disbursed $1,100 million in shares and cash. Its success is demonstrated by its operation in 1,400 cities, which is partly why Uber plans to merge it with its Uber Eats extension to bring everything from beer, wine, and spirits to shoppers.

It all depends on cannabis regulations, however

Currently, there are 32 U.S. states that have approved the legalization of cannabis in its medicinal variant. Half of them also allow it for recreational use. However, this does not mean that cannabis continues to be registered as illegal at the federal level.

One of the last states to legalize cannabis was New York, which approved its use on March 31 when Governor Andrew Cuomo signed a bill to allow its recreational use for those over 21 years of age.

For those who wish to order cannabis, delivery services are available without restrictions in California, Nevada, and Oregon, exclusively for people of legal age.

Mexico is another case of a country where bills are also being drafted to decriminalize cannabis use. The last national measure to be taken in this regard was last March 10, when the Chamber of Deputies approved the law regulating cannabis for recreational use in the country. However, its use is still not completely legal, since the Supreme Court established April 30 as the deadline for its legalization. While the Senate did not endorse the modifications made by the deputies and postponed the discussion to September.

If legal cannabis use is approved in Mexico, the country would represent one of the best business opportunities for Uber, being one of the largest markets that demand home delivery services.

First published in Iprofesional, a third-party contributor translated and adapted the article from the original. In case of discrepancy, the original will prevail.