Since 2001, medicinal cannabis has been legal in Canada. When the country legalized the private use of cannabis, Canada solidified its standing as one of the countries with the highest per capita consumption of marijuana in the world. While it remains to be a gold mine for many cannabis businesses, only 20% of the black market has been legalized. Many are still waiting for a cultivation license. 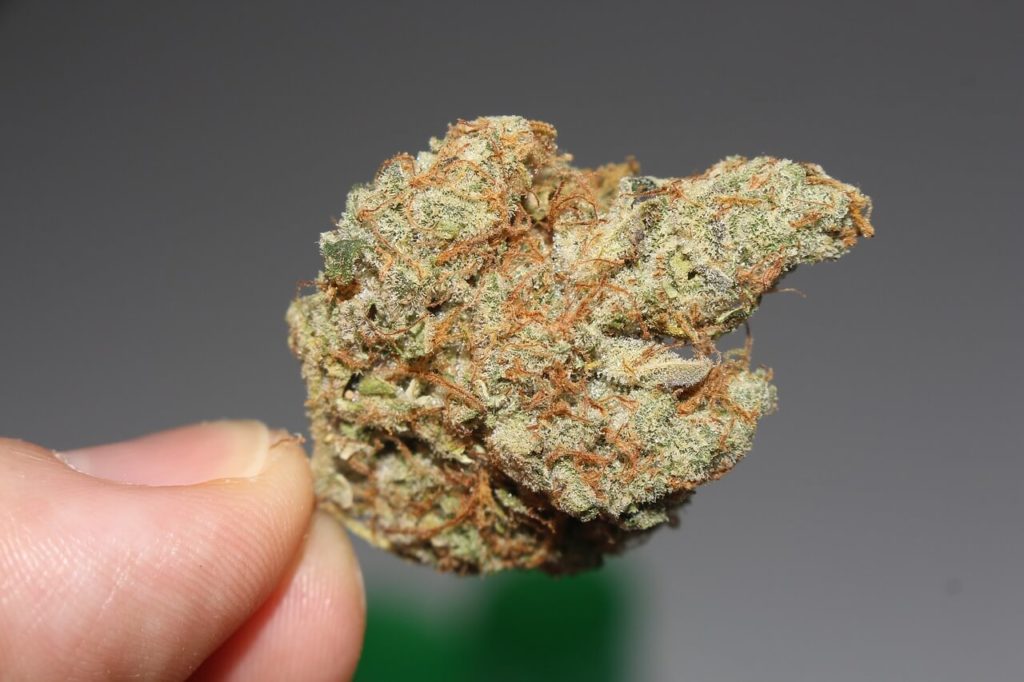 “Hello Cannabis” advertises from the outside with a simple “Hello” under a smiley. Just under an hour’s drive from Toronto, cannabis is legally sold in Hamilton: pre-rolled joints, flowers, but also oils and pills. Most are based on cannabidiol (CBD), a non-psychoactive component of cannabis.

Unlike so-called coffee shops in the Netherlands, Canadian cannabis shops only buy cannabis and do not consume it. According to manager Oliver Coppolino, 400 to 700 people of all ages visited the shop every day. “The staff walk around with tablets and explain the products to the customers,” he says.

His business is one of 50 in the entire state of Ontario. That makes one shop for every 300,000 inhabitants: a gold mine. “The demand for cannabis products is huge. We have a problem with the supply. Most top products are always sold out very quickly,” says Coppolino.

The use of cannabis for medical purposes has been permitted since 2001. Since October of last year, Canada has been the first industrialized country in which private use of cannabis is also legal. Possession is limited to 30 grams per person. Canada was already one of the countries with the highest per capita consumption of marijuana in the world. The black market is estimated at the equivalent of four billion euros.

“There is a gold rush mentality in the industry. The whole stock market is crazy about cannabis,” explains Mark Rendell. The business journalist has been observing cannabis businesses and the industry for a year and a half for Canada’s second-largest daily newspaper The Globe and the Mail. “It’s not often that we’re pioneers in any industry. But because of legalization, it is now much easier for us than in other countries to have cannabis financed by banks and on the stock exchange,” says Mark Rendell.

Advocating before the legalization

Even before legalization, many companies went public and raised a lot of money. For a long time, this was a risky undertaking, because until June 2018 legalization was only a promise made to voters by Prime Minister Justin Trudeau. In the end, it was a compromise of many political forces. This is also reflected in the legislation. For example, the central government in the capital Ottawa decides on production licenses for companies. The provincial governments, on the other hand, determine the form in which cannabis may be sold. Some provinces are more successful than others.

Almost 20% of the black market legalized

In Ontario, the authorities have waited a very long time to grant licenses for the cannabis businesses and shops, explains journalist Rendell. But they are also behind when it comes to licenses for production. In addition, companies with licences do not deliver what they promised. “They grow in gigantic greenhouses, but cannabis has never been grown like this before, so there are many risks. These include crop failures and quality problems,” explains Rendell.

According to the latest data from the Canadian statistics authority, only 20 percent of the black market has been legalized. Several hundred companies are currently waiting in line for a cultivation license.

Leamington, which is an hour’s flight south of Toronto, shows what the large-scale cultivation looks like. For a long time, only tomatoes and cucumbers grew on the latitude of Barcelona. Now, also cannabis. Unlike traditional cultivation with artificial light, greenhouses save energy. “We still use machines from the food industry,” says Brett Marchand.

The Canadian first worked in the army, then for the meat industry. Now he is building what he says is Canada’s most modern greenhouse for cannabis producer Aphria. “It’s a completely new industry to be there. You only get such an opportunity once in a lifetime,” says Marchand, taking a firm step through the company’s new greenhouse.

The test phase is currently underway in the first of three halls. Here are cannabis plants as far as the eye can see. Robot arms put small seedlings into pots. The plants are moved on automated treadmills. “The market is growing all the time. We are far from at the end of our rope,” says Marchand. “Every time we produce more, new stores open. An estimated 65 million euros have been invested in a fully automated production process. In addition to energy costs, they also want to reduce personnel expenses.

On the stock exchange, the group is already valued at more than one billion euros. Aphria is lagging behind with sales of 25 million euros. Nevertheless, many investors believe in the cannabis boom. The industry was also fuelled by several billion-dollar investments and participations of the beverage and tobacco industry. The analysis company Arcview Group, which is close to the cannabis industry, expects sales of cannabis in Canada to be the equivalent of four billion euros by 2024.

With a view to Canadian legalization, journalist Mark Rendell is disappointed by the producers. “Many have promised heaven on earth.” In order to collect money from investors, many would have published one press release after the other. “Then the shock was enormous when it became clear how much they had fallen short of expectations.” He expects that it could take up to three years for supply and demand in Canada to converge.

For international cannabis businesses, it will be decisive whether legalization in Canada is a successful project. Will it be possible to push back the black market? Will it be possible for the number of consumers not to increase and for young people not to consume cannabis either? If so, then this could work out for the corporations and set a precedent for Canadian legalization. However, just one year after legalization, the data available is still too thin to answer this question.